The Lev Tahor Hasidic sect is bouncing around the Balkans, attracting attention wherever they go 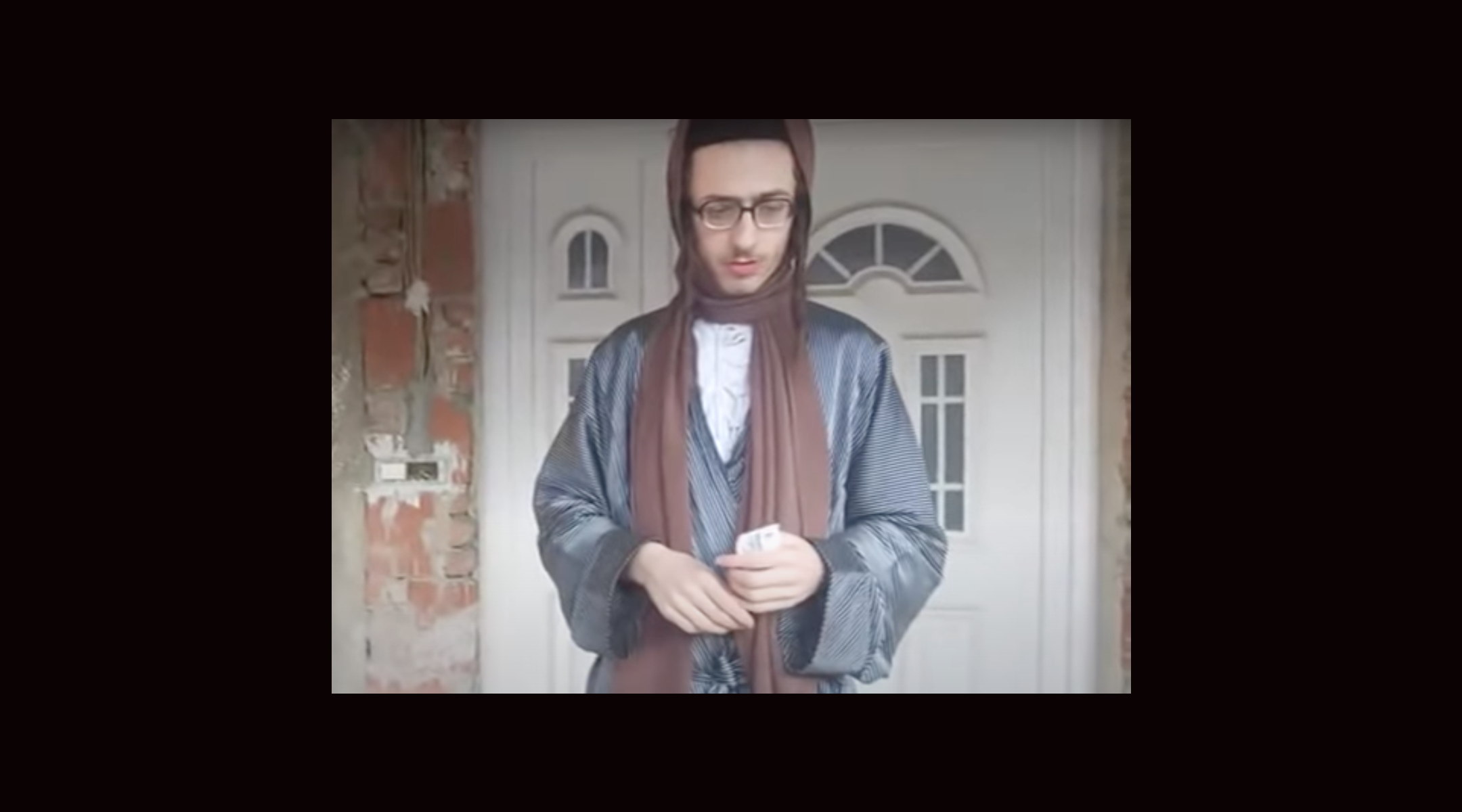 A Lev Tahor member shown in a video taken in North Macedonia. (Telma/Screenshot from YouTube)
Advertisement

(JTA) — Members of Lev Tahor, the Hasidic group that is often described as a cult and has been chased across continents in the wake of a child abduction scandal, were sighted in a remote town in Bosnia and Herzegovina last month and in North Macedonia this month, as they bounce around the Balkans in a continual attempt to avoid scrutiny.

The group reportedly moved on from Bosnia in early February, but not before causing a media storm in the small country.

Lev Tahor members were sighted in Hadžići, a town about 12 miles west of Sarajevo. In the largely Muslim town of about 20,000, the group stood out due to their traditional dress. They later relocated to a predominantly Bosnian-Serb neighborhood of Sarajevo known as Ilidža. There they stayed in a building owned by a member of the national assembly of Republika Srpska, the ethnic Serb enclave within Bosnia and Herzegovina.

According to Igor Kozemjakin, the cantor and de facto spiritual leader of Sarajevo’s sole synagogue, the country’s small Jewish community only heard about their arrival as other locals did, via media reports.

But he and other members of the Jewish community quickly found themselves called on to explain the group as their neighbors started learning more and more about their background.

“The media was speculating, they didn’t know who they were, so they called us. But we didn’t know they were in the country either, they didn’t call us,” Kozemjakin told the Jewish Telegraphic Agency. “They didn’t make any connections with the Jewish community here, their way of life is very closed.”

“I learned from the media that they were here, when I saw their pictures it was understood they were Jewish, but I had to learn about them as well,” he added.

The group, whose name means “pure heart” in Hebrew, was founded in 1988 by an Israeli rabbi, Shlomo Helbrans. They follow an extreme interpretation of Hasidic Judaism, requiring women to be covered from head to toe, in garb not dissimilar to a burqa. They also eat a diet of mostly fruits and vegetables, considering almost everything else not sufficiently kosher and eschew all Jewish texts beyond the Torah and Helbrans’ own books. According to one former member of the group, Helbrans and later his son Nachman held almost complete control over it’s 300 or so members, even in matters of life and death.

By 1990, Helbrans and his followers had relocated to Williamsburg, Brooklyn. There, Helbrans served prison time for abducting a boy who had been sent to study with him as a bar mitzvah student. After their troubles in New York, they relocated to Canada. But in 2014, after allegations of child abuse and neglect, most of the group fled to Mexico and Guatemala.

Helbrans reportedly died in Mexico in 2017, drowning in a river he was using as a mikvah for ritual immersion, leaving the group in the hands of his son Nachman.

Nachman Helbrans and his right hand man Meyer Rosner were arrested in Mexico in 2018 and extradited to the United States, where they were convicted by a U.S. court in November for a scheme in which they tried to force a 14-year-old girl into a sexual relationship with a 19-year-old as part of an arranged marriage.

By then, Lev Tahor’s leadership had fled Mexico and Guatemala and arrived in Iraqi Kurdistan hoping to enter Iran, after applying for asylum and pledging allegiance to Iran’s Supreme Leader Ali Khomeini.

Interviewed during their stay in Bosnia, members of Lev Tahor said that they were detained by Kurdish security for days and held in harsh conditions. Ultimately they were turned back and deported to Turkey, from which they traveled to Romania, and onto Bosnia and Herzegovina.

As their neighbors in Sarajevo became aware of more of their history, they became increasingly uncomfortable with the group’s presence.

One Bosnian media outlet reported that neighbors were put off by what they described as “rituals throughout the night” and hearing children’s voices singing from the building at all hours.

“The media portrayed them as child kidnappers, so people got scared in the neighborhood. But ultimately they understood they are a closed community, who don’t interact with the locals,” Kozemjakin said.

Under Bosnian law, as citizens of the US, Canada and Guatemala, they were legally permitted in the country for 90 days.

According to the Times of Israel, on Feb. 3, ahead of Shabbat, 37 members of the group crossed over Bosnia’s southern border into Montenegro. A man who had serviced the apartment building they had been living at, suggested they may be planning on heading to Bulgaria.

“Not that I was worried too much, but I’m happy that they left because now the media can focus on local issues, this was just a distraction from the real problems in our society,” Kozemjakin said.

He said that an unfortunate result of the group’s presence was that the media flurry around them began on Jan. 26th, just before International Holocaust Remembrance Day, drowning out other local coverage of the day.

Since their departure from Bosnia and Herzegovina, the group made similar headlines in another former Yugoslav republic, North Macedonia, where the group surfaced in the city of Kumanovo, about a half hour’s drive northeast from the capital Skopje.

Lev Tahor members told local media that they have been harassed in the town.

“We want to feel safe, but at the moment I do not know how to feel safe,” one member told a reporter from the North Macedonian outlet Telma. He said that the house they were staying in was pelted with eggs and stones the night before.

But as in Bosnia, Macedonian authorities reminded local residents that the group had entered legally on American, Canadian, Belgian and other passports and posed little threat.

“These people respect the laws of the Republic of Northern Macedonia, are completely legally residing here, and are temporarily residing in our country,” the Macedonian interior minister said in a statement on Sunday. “[Kumanovo police] informs the citizens of Kumanovo that the said group does not pose any danger and appeals for tolerance and solidarity towards them.”

Nonetheless, for security reasons the group was moved to the capital, Skopje, Tuesday where they stayed in a hotel.