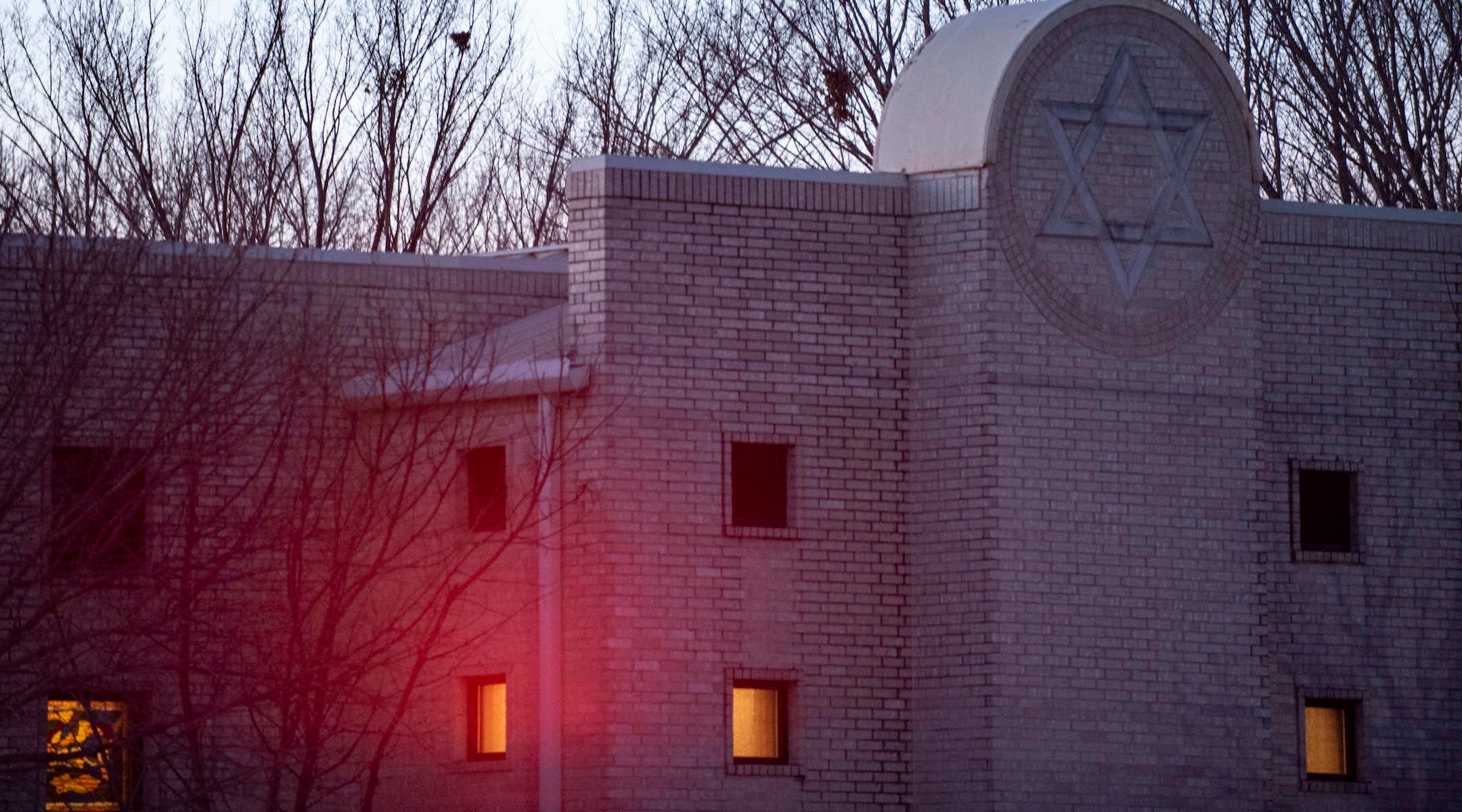 (JTA) — Residents of Colleyville, Texas, the community where a rabbi and three of his congregants were held hostage for 12 hours at the local synagogue last month, woke up over the weekend to find antisemitic flyers on their driveways and yards.

The flyers, which were strewn about the town in plastic zip-top bags with pebbles in them to weigh them down, were similar to ones that have been distributed in several cities across the country since last year, according to local reports. They have often been distributed by members of the antisemitic Goyim Defense League group.

The town’s synagogue, Congregation Beth Israel, released a statement Sunday condemning the flyers and said some members of the synagogue had found the flyers on their properties.

“We understand that the Colleyville Police Department and the FBI are investigating, and their involvement brings comfort. We are hopeful that the individual(s) responsible will be identified and prosecuted to the fullest extent of the law. Circulating hate speech cannot be taken lightly,” the synagogue said.

Colleyville police told local news station Fox 7 that the number of flyers was in the hundreds. One flyer stated that “every single aspect of the COVID agenda is Jewish” and another said “Black lives murder white children.”

The “COVID agenda” flyer was most recently seen in San Francisco and in multiple cities in Florida, last month.