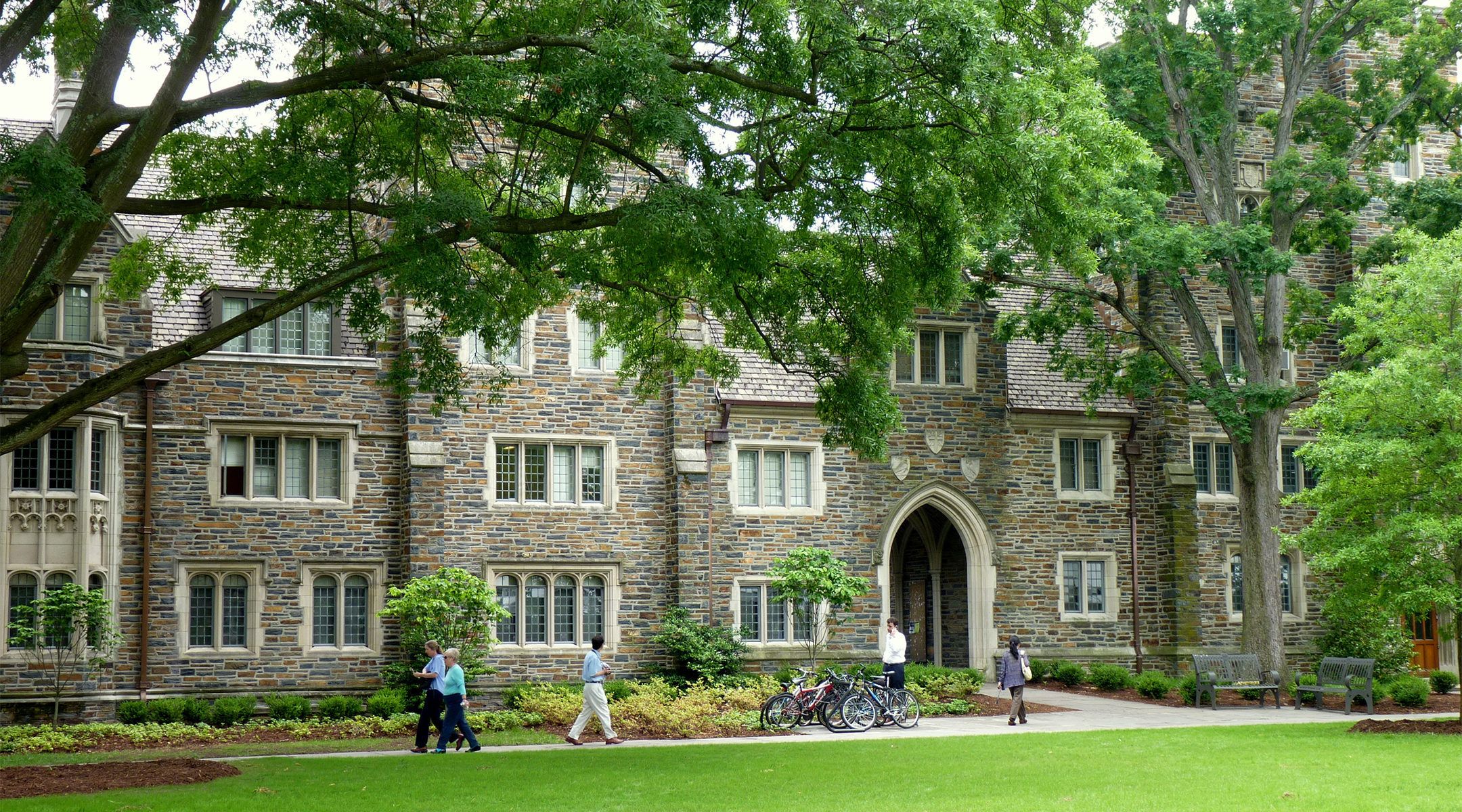 Pedestrians walking on the campus of Duke University on May 14, 2011. (Wikimedia Commons)
Advertisement

(JTA) — Duke University’s student government granted recognition to a Zionist student group, reversing an earlier decision that had provoked the ire of some national Jewish organizations and a legal threat to the university administration.

In 2021, Duke’s student body president had vetoed a request for recognition by the Duke chapter of Students Supporting Israel over concerns that an Instagram comment of the group’s, which had implored a student to “please allow us to educate you,” had been “potentially hostile or harmful.”

That decision didn’t sit well with outside advocacy groups like the Brandeis Center for Human Rights, the Israel on Campus Coalition and the Zionist Organization of America. All issued statements condemning the university and prompted Duke’s Offices of Institutional Equity and Conduct and Community Standards to investigate whether the SSI veto had been discriminatory. The pro-Israel watchdog group Canary Mission accused the student body president of “antisemitic hypocrisy.”

But in the end, the students sorted it out themselves. On Feb. 23, according to available meeting minutes, the student government voted to approve a re-submitted proposal from SSI to become an officially recognized student organization within the school’s Student Organization Finance Committee.

The vote to approve the group was unanimous, with some students abstaining.

Duke SSI’s submission for recognition described the group’s mission as “a clear and confident pro-Israel voice on college campuses, and to support students in grassroots pro-Israel advocacy.”

In a statement, the Brandeis Center praised the decision, while claiming the SSI group’s initial recognition was revoked “all because they support Israel.”