Art, science, survival? At an exhibit of mathematical drawings by a Jewish inventor, it all adds up. 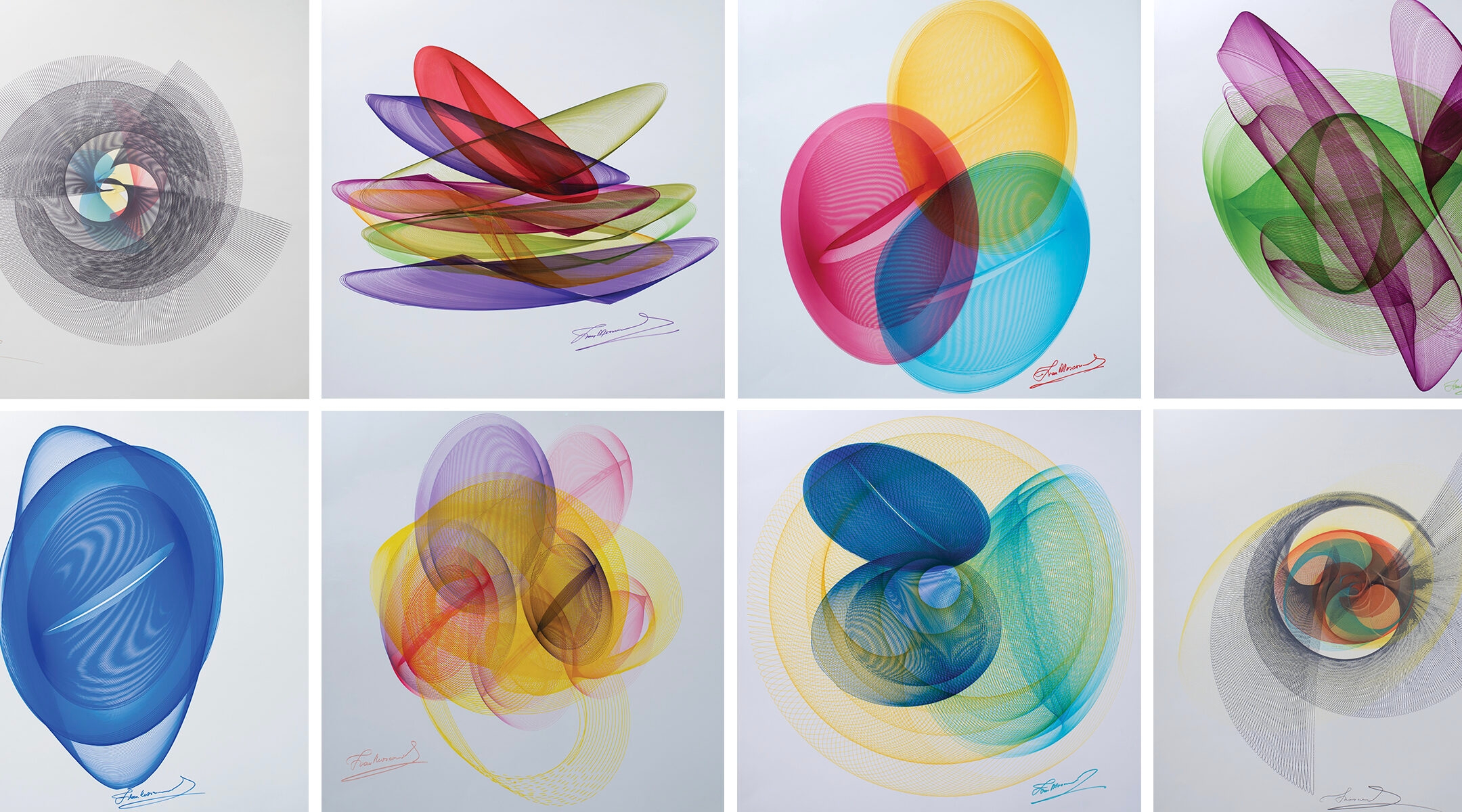 A selection of the kinetic artwork on display at "Building Beauty: The Harmonograph Art of Ivan Moscovich" at the National Museum of Mathematics in Manhattan. (Ivan Moscovich)
Advertisement

(New York Jewish Week via JTA) — The colorful artwork on display at the National Museum of Mathematics is geometric and precise. They’ve been described by Wallpaper magazine as “the work of a Spirograph toy on an acid trip — elegantly swirling, myriad-coloured ink pens driven by gravity and precision mathematics.”

The 37 pieces now on view at MoMath, as the museum in New York City is known, are the work of Ivan Moscovich — a 95-year-old Jewish artist, author, inventor, Holocaust survivor and toy and puzzle creator. The artworks are actually a collaboration between man and machine: Back in 1969, Moscovich patented a version of a harmonograph, an instrument that turns vibrations into drawings.

Moscovich told The New York Jewish Week that, at the time, he had “quite a deep involvement in trying to design mathematical art.”

“The interesting property of the machine was that each drawing was absolutely different,” he said of his kinetic artwork, via an audio interview from his home in the Netherlands. “None copying [each other] by any means. Therefore I liked it, and created a lot of mathematical art like this.”

Moscovich’s interest in mathematical art may seem surprising, at least at first. Mathematics, after all, is a way of precisely analyzing or classifying existing properties or patterns, while art, in Marshall McLuhan’s famous phrase, “is anything you can get away with.”

And yet Moscovich finds creativity in the precision of math, and order in the accidents of art. As he wrote in his autobiography, “The Puzzleman”: “It has to do somehow with the mysterious mechanism of the human mind which, I believe, helped me not only to survive the concentration camps but also made me do what I have been doing ever since,” he wrote. “To survive I had to become creative.”

Moscovich’s harrowing experiences during the Holocaust were laden with unexpected and horrifying twists, in which so many aspects of his survival seemed left up to fate or luck. Born to Jewish Hungarian parents in Novi Sad, Yugoslavia, in 1926, he narrowly escaped the notorious 1942 massacre in his hometown. By chance he stumbled upon a sack of sugar, which helped keep him alive for several weeks. He endured several concentration camps and survived Auschwitz before its liberation by lying — for several days — in a pile of dead bodies “which were nearly to the roof,” he said. 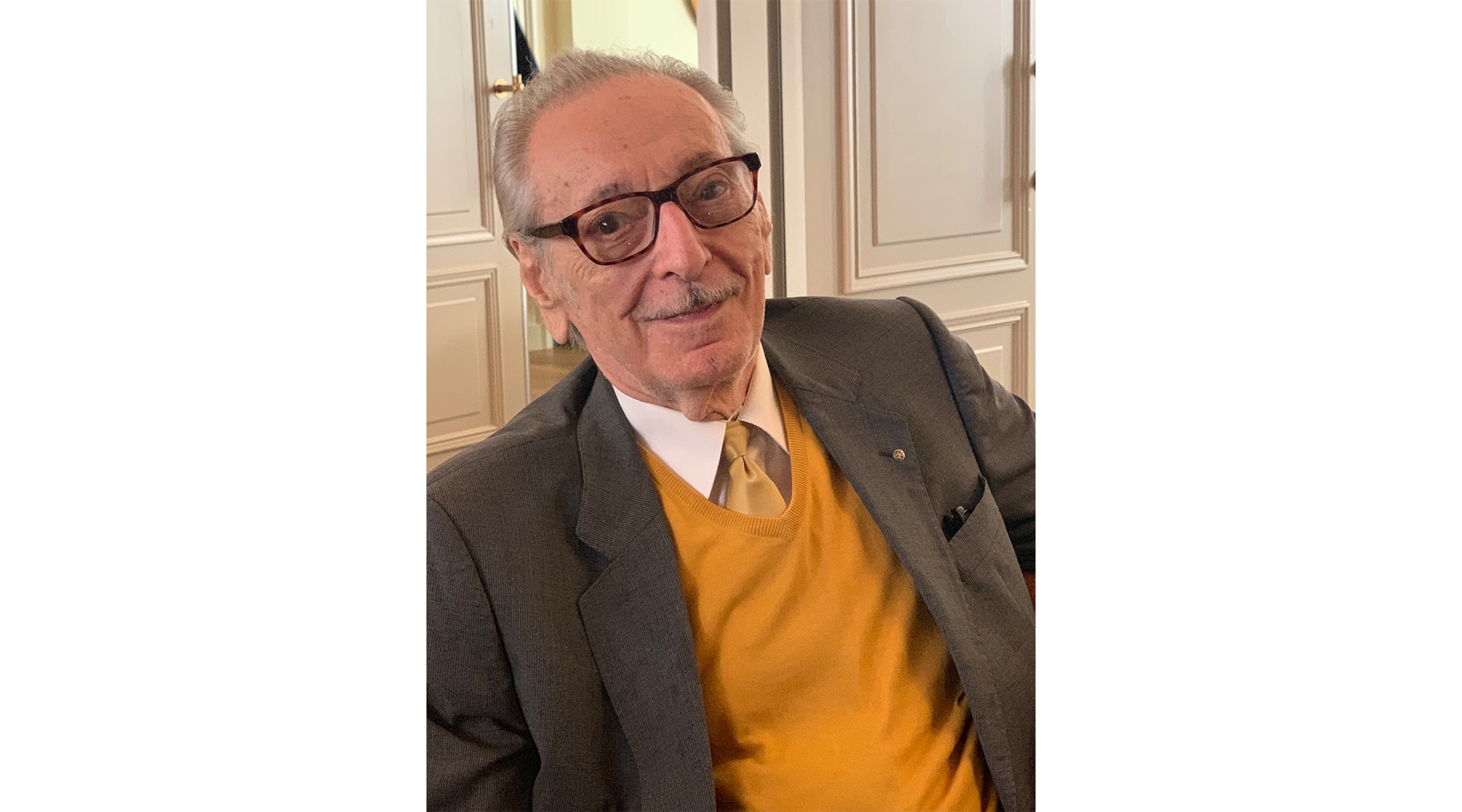 A self-described workaholic, Mocsovich’s life continued to take some incredible turns after the war. He worked for Yugoslavia’s Ministry of Transport and got a degree in mechanical engineering from the University of Belgrade. He then moved to Israel where he worked as a research scientist and, in 1964, founded the Museum of Science and Technology in Tel Aviv. Though the museum was only open a short while, its interactive, hands-on nature inspired “please touch” science museums around the world, including San Francisco’s Exploratorium, which in turn influenced countless science museums across the U.S. — including MoMath, which opened on East 26th Street in Manhattan in 2012.

His long and fruitful career has included creating puzzles and games for Mattel and publishing dozens of books, including “The Big Book of Brain Games.” In 2019 he received a lifetime achievement award from the Chicago Toy & Game Group.

Moscovich’s artwork has been displayed at museums in London, Berlin and Mexico City, reason enough to earn him an exhibit at MoMath. But Cindy Lawrence, MoMath’s CEO and executive director, said there was another reason as well.

“The fact we can do something to celebrate his life is meaningful to me as a Jewish person,” she told The New York Jewish Week. “The  younger generations are so much less aware of the Holocaust, now that survivors are very few. There’s another purpose here.”

“Building Beauty: The Harmonograph Art of Ivan Moscovich” is now on view at the National Museum of Mathematics at 11 East 26th St.