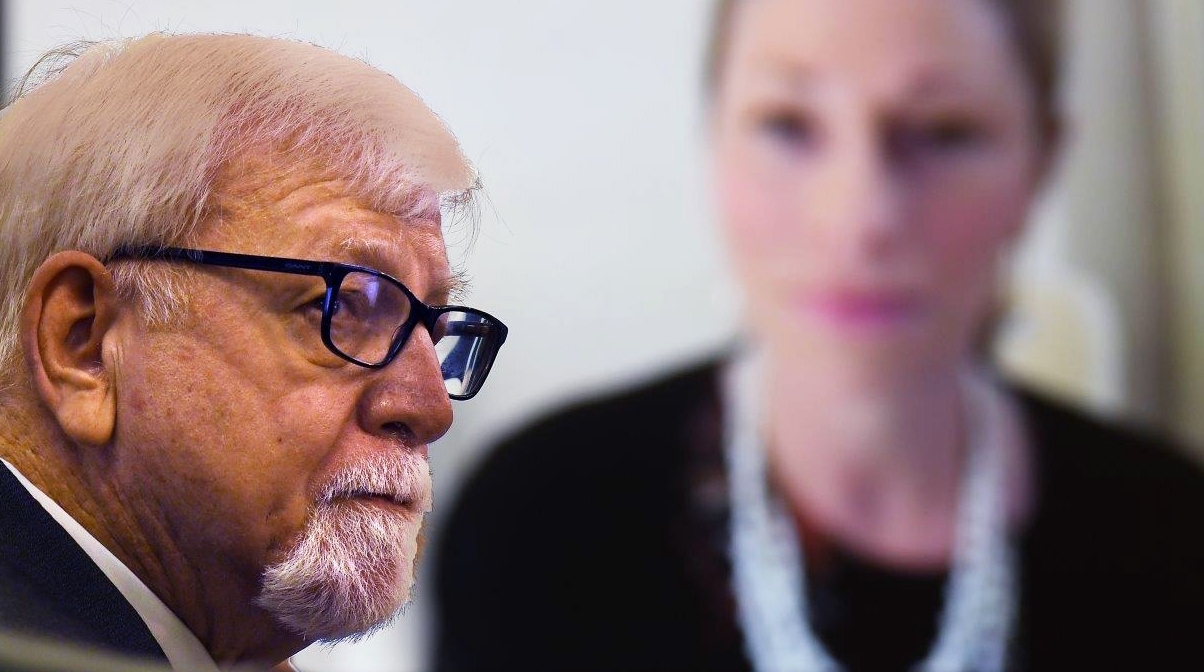 (JTA) — Jewish women mate for life. Jewish scientists invented the gas that Hitler used to kill them — and the abortion pill, and that might make them the same thing. Which is why Mother Teresa won the Nobel Peace Prize.

Kentucky state Rep. Danny Bentley, a Republican, floated all these canards in a speech Wednesday morning.

His speech — supporting legislation that would severely restrict the use of RU-486, also known as “the abortion pill” — digressed into the sex lives of Jewish women, conflated two Jewish chemists, and apparently confused Nobel prizes given for chemistry and peace.

It was the second controversial invocation of Jews in the legislature in two weeks. Last week, two Kentucky lawmakers used the term “Jew them down” to describe bargaining.

Bentley, a pharmacist elected to the state House of Representatives in 2017, later apologized for the speech after it was condemned by the legislature’s sole Jewish lawmaker, Sen. Karen Berg, a Democrat, and national and local Jewish groups.

“I meant absolutely no harm in my comments today and sincerely apologize for any they caused,” he said in a statement to the Courier-Journal. “Last week we received a heartbreakingly sad reminder that antisemitism still exists in our society,” he said in apparent reference to the “Jew them down” comments, “and I apologize if my comments today caused similar pain or any doubt that I stand with the Jewish community against hatred.”

In his speech, Bentley appeared to be reacting to a letter from the National Council of Jewish Women opposing the bill. A Democrat had cited NCJW’s objections earlier in the debate.

“In fact, the person who developed [RU-486] was a Jew,” the Louisville Courier-Journal quoted Bentley as saying. “Since we brought up the Hebrew family today.”

He was referring to Etienne-Emile Baulieu, who took the lead in the early 1980s in developing Mifepristone, which became known as RU-486. Beaulieu, who is now 95, is Jewish; he changed his name from Blum while he fought in the French resistance. Bentley, noting Baulieu was Jewish, said “he changed his name because he was Jewish.”

Bentley said, falsely, that RU-486 was cyanide and “that it was developed from the Germans during the war.” (It is a steroidal progesterone blocker, developed in France in the 1980s.)

Bentley appeared to be conflating multiple narratives, and Jews. A German Jewish scientist, Fritz Haber, helped develop the cyanide gas, Zyklon B, in the early part of the 20th century as an insecticide. Haber, a Nobelist in chemistry, died in 1934, years before the Nazis used the gas to commit genocide.

Anti-abortion activists in the 1980s sought to pressure Roussel, the French company developing RU-486, into halting the research by noting Roussel’s link through a complicated chronology of mergers with I.G. Farben, the German company that had manufactured Zyklon B for the Nazis. No one suggested that the pill and the gas had the same chemical makeup.

Baulieu reportedly was considered for the Nobel prize in chemistry in 1989, which caused an outcry among anti-abortion activists. Bentley referred to the controversy, although he confused his years and Nobel prizes.

“And then they were getting ready to nominate him for the Nobel award,” Bentley said. “But guess who else was getting the Nobel award? Mother Teresa. Quite an oxymoron.”

Mother Teresa was awarded the Nobel Peace Prize — not the chemistry prize — a decade earlier, in 1979.

“Did you know that a Jewish woman has less cancer of the cervix than any other race in this country?” he said. “And why is that? Because the Jewish women have only one sex partner. That’s the reason. They don’t have multiple sex partners.”

Bentley did not provide citations.

“To say that the Jewish people approve of this drug now is wrong,” Bentley said.

In a joint statement to the Courier-Journal, the American Jewish Committee, the Jewish Community Relations Council of the Jewish Federation of Louisville, and the National Council of Jewish Women’s Lousiville section called Bentley’s speech a “bizarre antisemitic rant that included outlandish claims about the sex lives of Jewish women.” It urged the legislature to accept the Jewish community’s offer of antisemitism training made after last week’s controversy.

A spokeswoman for the state’s Senate Republicans told the Courier-Journal that the leadership will add training on antisemitism to the annual training senators receive.

The bill restricting use of the abortion pill passed overwhelmingly in the Republican-dominated chamber. It’s not clear what the effect was, if any, of Bentley’s history lesson on the voting. It now goes to the state Senate.