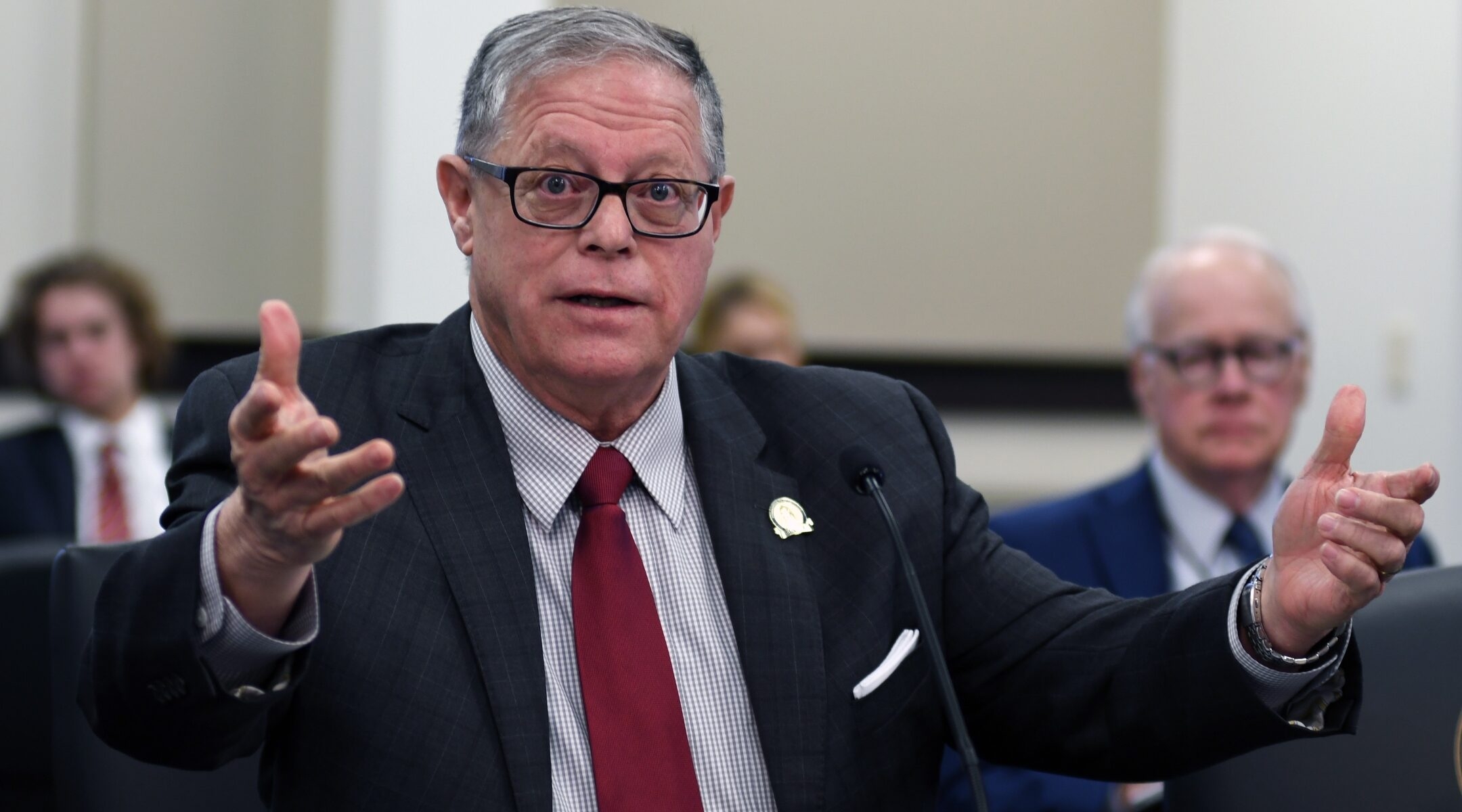 (JTA) — The first lawmaker used “Jew them down” in an attempt at a joke. The second lawmaker repeated it and then corrected himself: “That ain’t the right word to use.”

Both Kentucky lawmakers ended up apologizing for a phrase that persists in the 21st-century American lexicon, despite repeated pleas from Jewish organizations to kill it off. One even said he grew up with the phrase.

The Lexington Herald-Leader reported that the phrase came up Tuesday during a hearing in the Kentucky General Assembly, when a government official reported the state had leased two properties from a private company for $1 each for use following recent devastating storms.

State Sen. Rick Girdler, a Republican who chairs the Capital Projects and Bond Oversight Committee, asked if there were any questions.

State Rep. Walker Thomas, also a Republican, marveled at the $1 figure, and wondered, laughing, if the state could “Jew them down on the price.”

“We got a representative up here who [wants to] see if you can Jew ’em down a little bit on the price,” Girdler said. “That ain’t the right word to use,” Girdler continued. “Drop ’em down, I guess.”

Both representatives soon apologized. Thomas explained that the phrase was second nature.

“I sincerely regret using that term and apologize to anyone harmed by my use of it. This is not who I am, nor is it what my faith leads me to be,” he said. “It is a phrase I have heard throughout my life, but this experience has provided me with an opportunity to reflect on the impact that words have and the fact that we must be smarter today than we were yesterday.”

Girdler said he was “deeply sorry” if he offended anyone. “I have no hate or malice in my heart for anyone in the Jewish community.”

The American Jewish Committee noted the apologies, but warned that the phrase helps perpetuates antisemitism.

“While belated apologies are welcome, any elected official willfully using the ‘Jew them down’ phrase is contributing to the spread of a classic antisemitic trope,” said Melanie Maron Pell, the AJC’s chief field operations officer, who is based in Louisville. “Certainly, there are plentiful words and phrases in the English language to use in making a point in the state legislature without succumbing to traditional, derogatory references to Jews.”