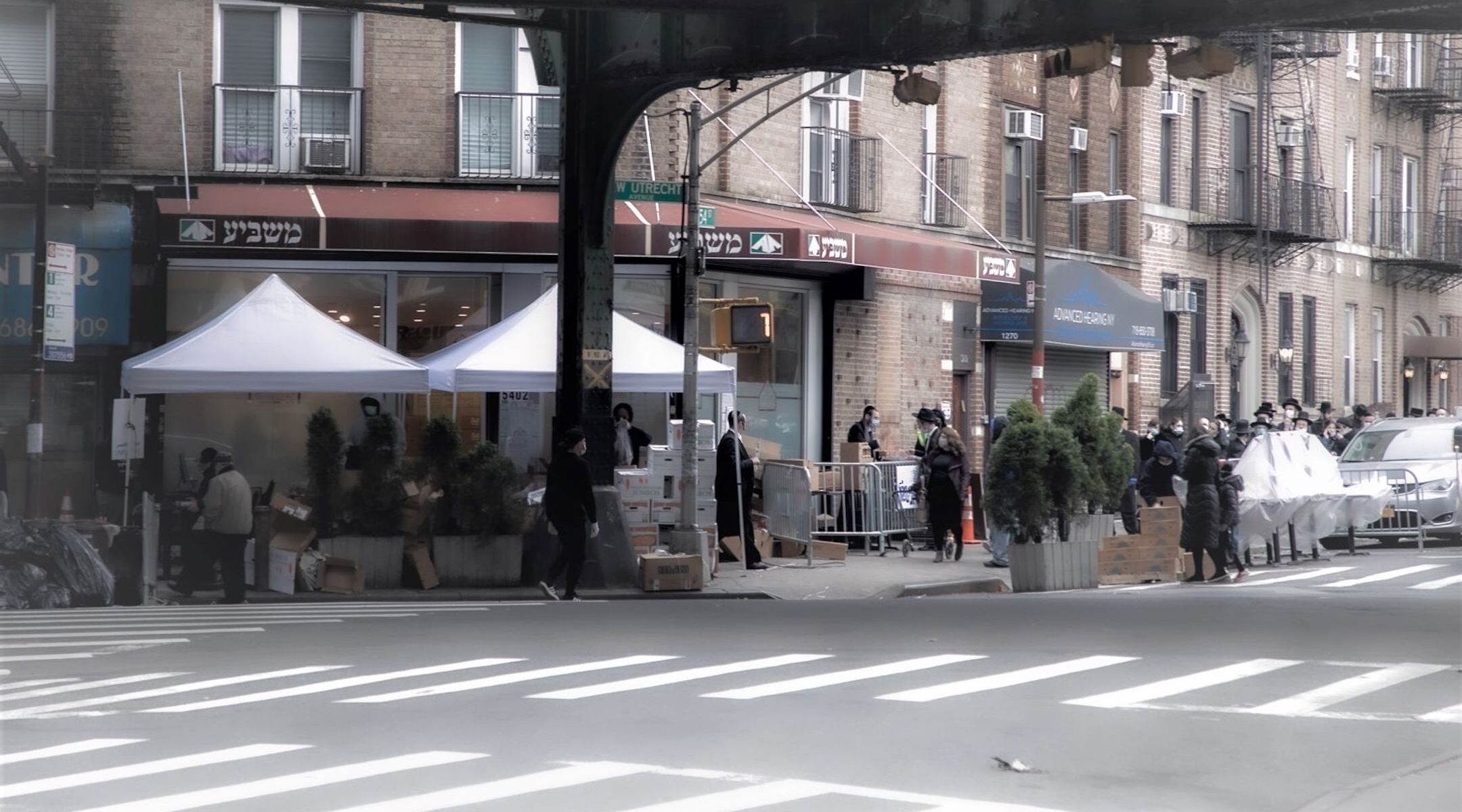 The original site of Masbia Soup Kitchen opened in Borough Park in 2005. During the height of the pandemic, there were often lines out the door. (Courtesy)
Advertisement

The partnership is part of Project Dash, DoorDash’s social impact initiative, in which the San Francisco-based company partners with local food banks, food pantries and other non-profits to deliver food and groceries to people in need.

Still, he was aware that many more families than that are struggling, given the sharp rise in food prices and the potential winding down of food assistance programs as pandemic policies are lifted. Many of these families, due to COVID-19 or the lack of transportation, are unable to make it to the storefronts to get food, so Rapaport wanted to find a way to bring groceries to them.

In the fall of 2021, Masbia began testing delivery service options in Brooklyn’s Borough Park neighborhood, in an attempt to reach large local families in the sizable Orthodox community. In some cases, these families qualify for up to 200 pounds of groceries at a time. The packages include enough protein, starch, fruits and vegetables for a week or so, according to Rapaport. But as the Omicron wave spread across the city at the end of December, getting workers and volunteers to drive delivery trucks became a challenge, Rapaport said.

When DoorDash called in February to see if they could help, he said it “felt like a huge blessing.”

They are now in their second week of partnership, and according to a press release from DoorDash, have already made 2,500 free deliveries. (Rapaport explained that a delivery qualifies as 20 pounds of food — the amount an average DoorDasher can carry on a bike. A 200-pound delivery for a large family would count as 10 deliveries.)

Founded in 2005,  Masbia provides hot meals to New Yorkers in need through a restaurant-style soup kitchen and through take-home grocery packages. There are currently three locations, in Borough Park, Flatbush and Forest Hills.

Rapaport’s vision is to combat the idea of waiting in a “breadline” for food, which can be inconvenient and embarrassing. He operated the storefront first as a soup kitchen that operated “like a restaurant without cash registers,” as People Magazine described it in 2014. When need increased during the first few months of the pandemic and lines began to form outside the kitchen’s storefronts, Masbia implemented a digital appointment system for families to schedule grocery pickups. The system now operates in 10 languages.

Rapaport called the delivery partnership “another tool in the arsenal.” Unlike its storefront soup kitchens and food pantries, however, the delivery system is not yet public — meaning not just anyone can call and request a meal delivery from Masbia.

Currently, Rapaport and his team are doing outreach to families in their databases who might need groceries delivered. Eventually, Rapaport said he would like to be able to expand to more families in a sort of on-demand system, similar to the in-person appointment system.

As Masbia approaches their busiest time of year before Purim and Passover and is trying to ensure thousands of families have food to celebrate the holidays, Rapaport is grateful for the partnership. “It’s definitely an angel sent by God. Just as we were struggling and exploring delivery, they reached out to us,” he said. “It’s an amazing, amazing thing that will bring emergency food to so many families in need.”