Hundreds of Ukrainian refugees have landed in Israel. Thousands more could follow. 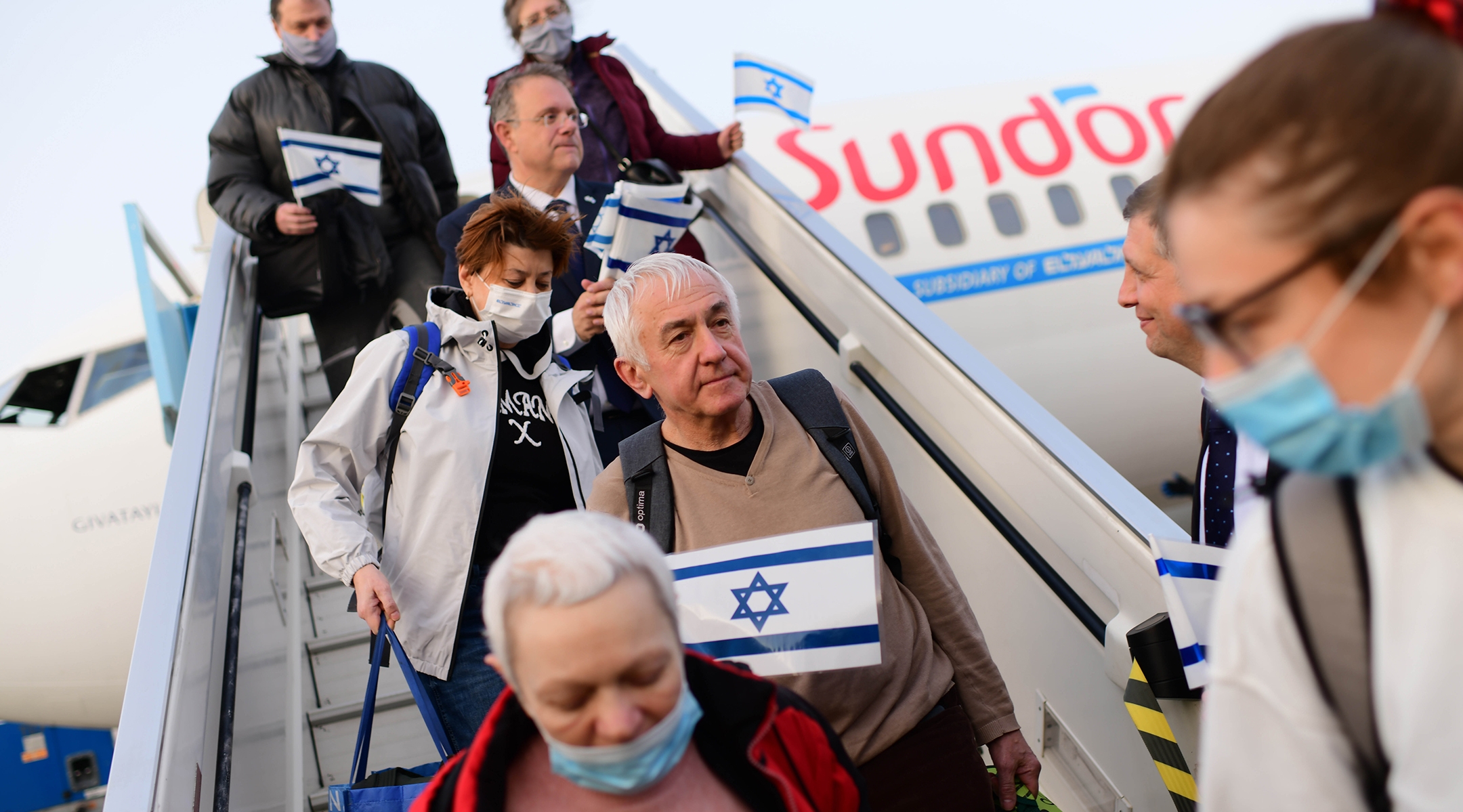 (JTA) — Around 300 Ukrainian Jewish refugees landed in Israel Sunday, among them some 90 orphans between the ages of two and 12, in the first round of what Israeli government officials are expecting to be a wave of thousands in the coming months.

They were flown on three planes from Moldova, Romania and Poland.

But whether Israel will accept Ukrainian refugees who are not Jewish, and therefore ineligible for Israeli citizenship under the country’s Law of Return, is unclear.

The Law of Return allows any Jew who wishes to live in Israel to obtain Israeli citizenship. But Israel has not historically opened paths to citizenship or long-term visas for refugees who are not Jewish, including the thousands of African asylum seekers currently living in Israel.

Fewer than 10% of Ukrainians who have entered Israel since the start of the war have been Jews, Israel’s Interior Minister Ayelet Shaked said Sunday, according to Haaretz.

“We will reach 15,000 Ukrainians in a month. The State of Israel needs to do more in order to bring Jews and those eligible for the Law of Return. We can’t keep going at this rate, things need to be planned,” Shaked said.

Israel has already tried to deport some of the Ukrainian refugees who are ineligible to immigrate under the Law of Return who have entered the country so far. The government has collected monetary deposits from some non-Jewish refugees to ensure they do not stay in the country longer than necessary, a tactic some have criticized as inhumane in light of the circumstances.

Government officials discussed the issue of whether to admit more non-Jewish refugees to the country at a cabinet meeting Sunday and the cabinet is expected to return to the issue during the coming week.

The Jewish Agency, a nonprofit that brings large numbers of immigrants to Israel, received a flood of new requests from Jews trying to flee Ukraine as the war begin late last month.