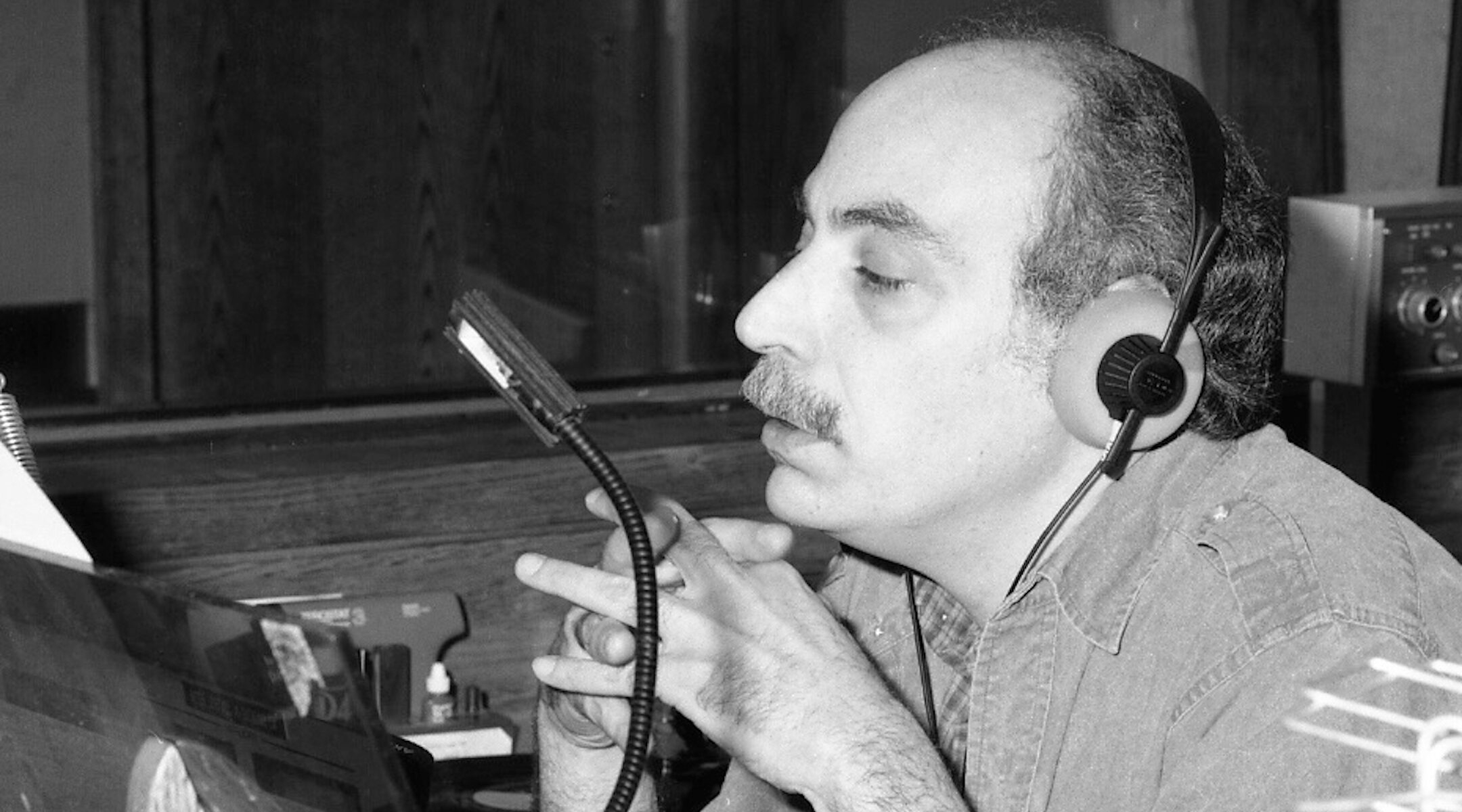 Steve Post hosted "Morning Music with Steve Post" on WNYC from 1982-2001, and was known for his witty, off-the-cuff and personal monologues and interviews. (Courtesy)
Advertisement

(New York Jewish Week via JTA) — A pioneer of freeform radio, Steve Post was a sardonic, witty, curmudgeonly — and yes, very Jewish — voice on New York radio stations for decades. “One of New York’s greatest contrarians” is how the New York Daily News’ described him when he died in 2014 at age 70. The Bronx native was beloved and occasionally reviled across the five boroughs for his unfettered takes on the world.

Broadcasting on public stations WBAI and WNYC, he could be heard railing against Jews for Jesus, President Nixon and the Vietnam War, or openly embracing the absurd, the worrisome or the inane aspects of New York and the world around him.

A new documentary, premiering at the Film Forum on Friday, celebrates the life and career of the legendary radio host. Directed by radio producer-turned-filmmaker Rosemarie Reed, “Playing in the FM Band: The Steve Post Story,” brings together Post’s friends, family and admirers to reminisce about Post’s life on and off the air.

Appearing in the film are Post’s colleagues at WBAI and WNYC and his wife of 38 years, Laura Rosenberg, who tracks down fans who wrote love letters to Post in their teenage years. (The title is taken from Post’s 1974 memoir, “Playing in the FM Band: A Personal Account of Free Radio.”)

Large parts of the film are narrated by Post himself, using audio taken from his radio programs. The film opens with a characteristically frank monologue by Post on his own death: “I want to talk about a subject that is near and dear to my heart: death. It’s a good subject in that it’s universal as far as we know,” he says. “I’ve decided I want the whole catered, Jewish affair. I want a big mahogany or oak casket… I want people to be miserable. I want a lot of people there, with tears streaming down their eyes, and I want hundreds of people to come to my funeral, and I want every single one of them to file past my casket and, on their way by, I want them to check and see if my heart is beating, because I don’t want to take any chances.”

Born in 1944, Post got his start in radio as a bookkeeper at the noncommercial WBAI-FM in 1965. Soon, he became a host and producer alongside Bob Fass and Larry Josephson. Together, the trio spearheaded the freeform radio movement, which mixed off-the-cuff monologues and interviews with whatever music the deejay or producer chose, at a time when AM radio was highly programmed and commercial and the FM band represented the frontier. A “cross-between summer camp and primal scream therapy,” is how Frank Millspaugh, a WNYC producer, describes WBAI in the film.

At WBAI, Post embraced the emerging counterculture of the ’60s, talking about the civil rights movement alongside Black civil rights activists Julius Lester and Bayard Rustin. He also spoke about the deep angst he felt during the Vietnam War, his insecurities about being overweight and the intense grief he felt after his mother died when he was ten.

“He’s an angst-ridden guy and he’s going to take you inside his head and create something deeply personal and it’s about him, but in being about him, it was therefore about all of us,” Marc Fisher, an editor at The Washington Post, says in the film.

Among his many career highlights, Post organized a “fat-in” in Central Park — inspiring the nascent body positivity movement. In 1968, his was one of the first programs in the country to interview a transgender woman on air. That same year, as a proponent of free speech, he fiercely defended an antisemitic poem, written by a 15-year-old girl, that aired on Lester’s show during the racially charged Ocean Hill-Brownsville teachers’ strike. The strike saw clashes between mostly Black and Latino families and white Jewish educators who were prominent in the teachers’ union. Lester, who would eventually convert to Judaism, denied the poem was antisemitic, saying instead it was an acknowledgement that “Jews are in the position of power.”

Post relied heavily on his identity as an outsider to relate to everyone and anyone who tuned in — an identity that in no small part was reinforced by his Jewishness. “He was a very secular Jew; he wasn’t a believer,” Reed said. “But he carried the identity of being Jewish, I believe. I think he liked the fact that he was Jewish. It shaped how he thought, how he viewed the world, how he viewed New York, and how he viewed his own life.” 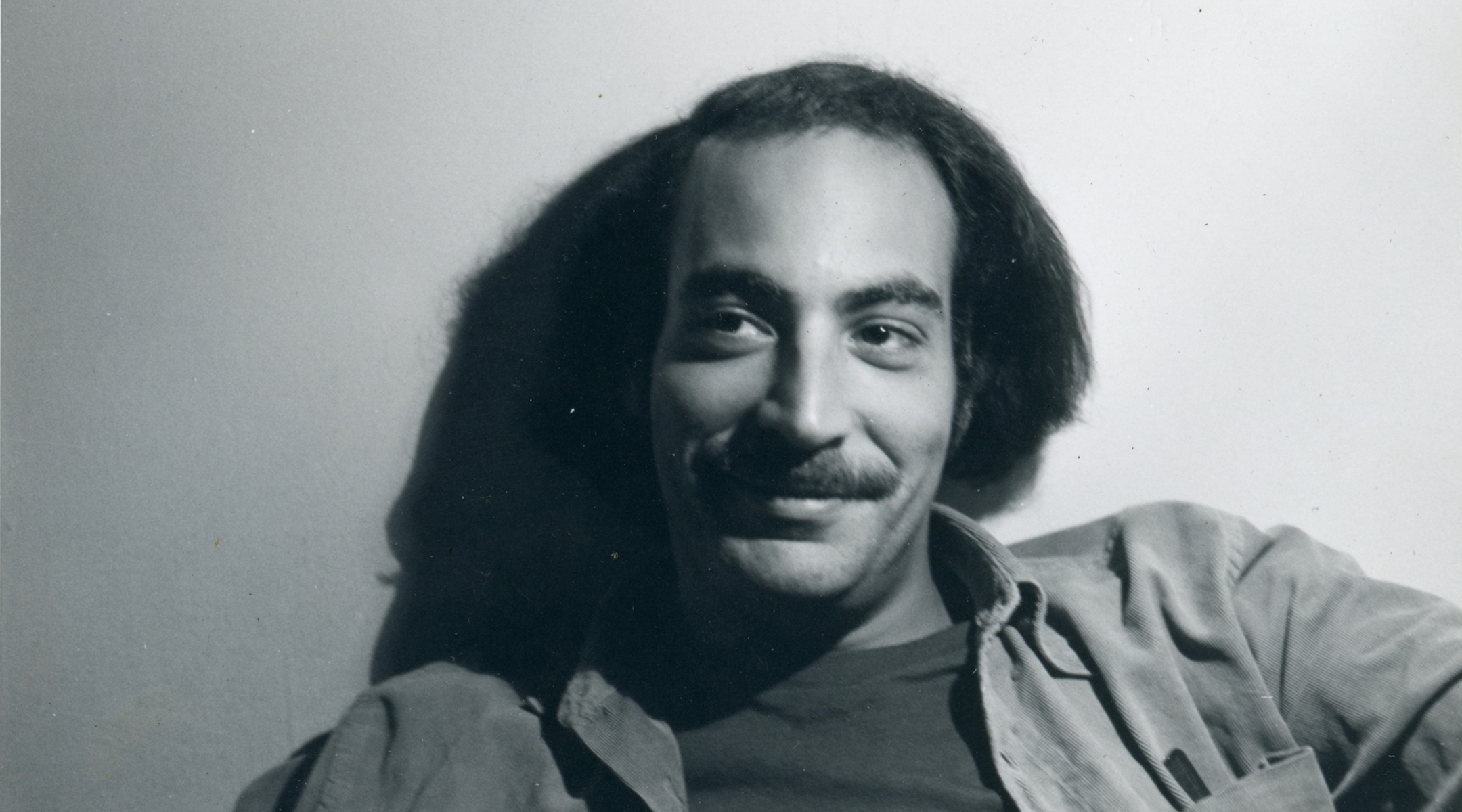 Post got his start as a bookkeeper at WBAI in 1965. Along with Bob Fass and Larry Josephson, Post championed the newly adopted “free form radio” which reflected the emerging counterculture of the 1960s. (Courtesy)

Post eventually moved to the more disciplined WNYC in 1982, where he hosted “Morning Music with Steve Post” for 20 years, and became one of the radio station’s top fundraisers. In the mid-1990s, Post led the charge in preventing then mayor Rudolph Giuliani from selling the station to the highest bidder. The successful campaign kept the radio station public and raised more than $20 million, Laura Walker, the former president and CEO of WNYC, recalls in the film.

“He allowed people to share whatever feelings he was feeling — whether it was good or whether it was bad about his life, he wasn’t ashamed,” Reed said. “He really let you know what was going on. In that way, many people probably had the same feelings he had and could relate to him. Steve was the kind of person that even if you didn’t meet him, you know that there was something real about him, that you could trust him.”

Reed hopes viewers understand the extensive legacy Post left in radio, and how his work and style inspired a new class of hosts to express their opinions and neuroses on air. “I wonder if there would be a Howard Stern or a Jon Stewart from ‘The Daily Show,’ or even if there would have been the kind of ‘Saturday Night Live’ we have today if it weren’t for him,” she said.

“Playing in the FM Band: The Steve Post Story” is screening at Film Forum NYC at 209 W Houston St. in multiple showings March 11-18.