Julius Lester, professor who embraced his Jewish and African-American identities, is dead 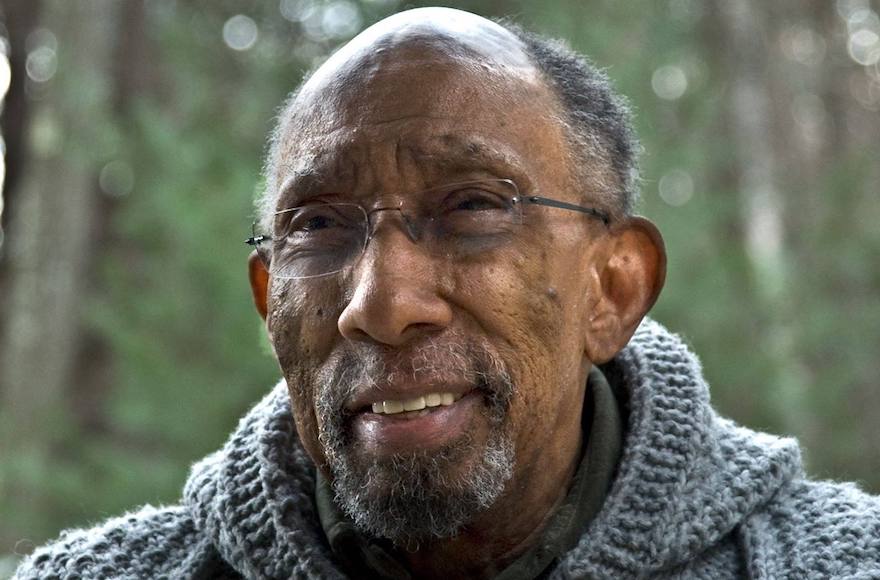 (JTA) — Julius Lester, an African-American singer, scholar and activist whose conversion to Judaism in 1982 came as a shock to those who only remembered his role in a bitter, racially charged school strike in New York’s Ocean Hill-Brownsville neighborhood in 1968, has died.

His family announced his death, which came after a brief hospitalization, on his Facebook page Thursday. He was 78.

An award-winning author of 43 books for adults and children and articles in The New York Times and the Village Voice, he taught Judaic and Near Eastern studies at the University of Massachusetts. In 1994, Lester’s novel about the civil rights movement, “And All Our Wounds Forgiven,” was nominated for a National Book Critics Circle Award.

Lester, who taught guitar and performed as a folk singer in New York City, was among the civil rights activists who traveled to Mississippi in the “Freedom Summer” of 1964 to register African-American voters. His role in energizing the people gathered at rallies and the danger he and other organizers faced were recounted in a 2014 PBS documentary, “The Folk Singer.”

Lester came to the attention of the wider Jewish community in 1968, when striking public school teachers clashed with the parents and governing board of the predominantly black Ocean Hill-Brownsville school district in Brooklyn. That December, Lester, hosting a weekly radio show on WBAI, interviewed a black history teacher and asked him to read several poems by a student seemingly directed at the Jewish teachers disproportionately represented among the striking faculty. It began, ”Hey, Jewboy, with that yarmulke on your head / You pale-faced Jew boy — I wish you were dead.”

Jewish listeners were outraged, but Lester defended the reading, saying “I think it’s important for people to know the kinds of feelings being aroused in at least one black child because of what’s happening in Ocean Hill-Brownsville.”

Lester was born Jan. 27, 1939 in St. Louis, Missouri, the son of a Methodist minister. Lester was 7 when he learned that his maternal great-grandfather was a German Jewish immigrant named Adolph Altschul married to a freed slave named Maggie Carson. He described that as the beginning of a journey that led to his becoming a Jew by choice in 1982.

For 10 years he served as lay religious leader of Beth El Synagogue in St. Johnsbury, Vermont. He wrote about his conversion in a 1988 memoir, “Lovesong: Becoming a Jew.”

“Who am I? There are not enough words to describe who am I, who any of us are, because we all carry within us traces of lives going back 10,000 years and more. What a shame that there are those who would reduce the wonder of being human to such a narrow and restrictive a concept as race,” he recalled in a 2015 essay.

Lester was a member of the University of Massachusetts faculty for 32 years beginning in 1971 and taught courses in three departments – Judaic studies, English and history. He remained politically active after his retirement, and met the election of Donald Trump as president with a mixture of despair for what it might mean for the civil rights agenda and optimism that it would bring about a resurgence of political activism.

“It is mandatory that we live in such a way that our souls remain whole,” he wrote in an essay commenting on Trump’s election. “How do we live, day-to-day, so that our lives and relationships are ones of joy? When I think about my growing up years, yes, I remember the psychological terrorism of racial segregation and racism. I remember the fear for my life during a time when lynchings still happened. But I also remember laughter. I remember joy.”