Aaron Parnas, whose dad Lev was at center of Trump-Ukraine scandal, is a pro-Ukraine influencer on TikTok 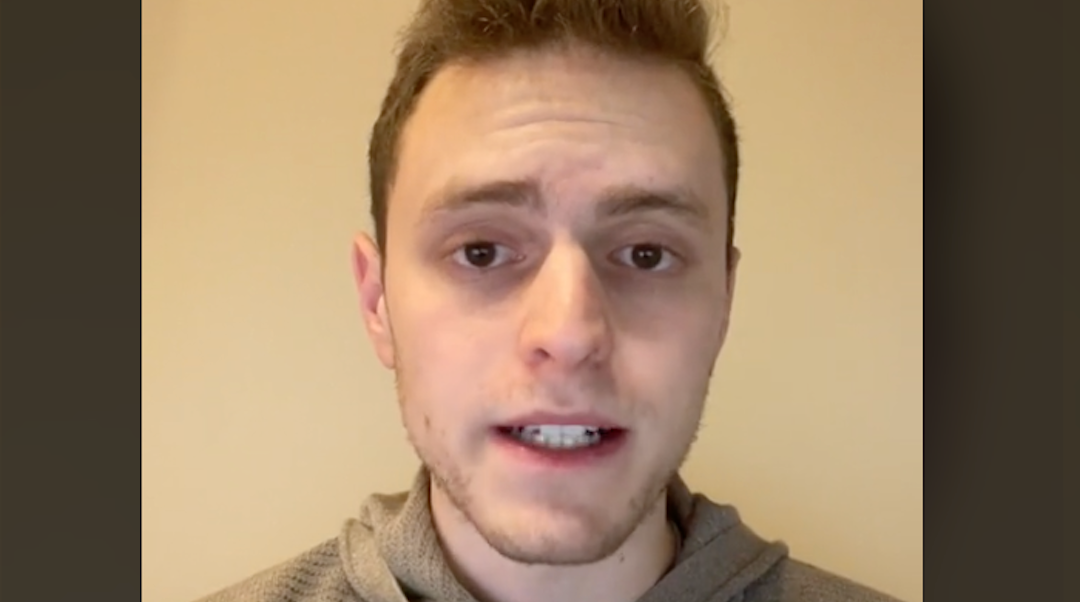 Aaron Parnas in one of his TikTok videos. (Screenshot)
Advertisement

(JTA) — Lev Parnas tried to leverage aid to Ukraine to get President Joe Biden investigated. His son is racking up millions of TikTok views by praising Biden for giving Ukraine aid without conditions.

Aaron Parnas, who is 22, has emerged as a leading pro-Ukraine voice on the video app. He posts videos of himself updating his 1.2 million followers on an hourly basis about Russia’s war on Ukraine.

Often, his dispatches are dry, seemingly drawn from news headlines with little elaboration. But sometimes they dip into trend territory, as when he lip-synced the lyrics “Isn’t this easy?” over the text “Supporting Ukraine instead of Russian war criminals.” He wrote, “It should be easy, but not everyone agrees 🙃.” He also says he gathers information from family members who live in Ukraine.

It should be easy, but not everyone agrees 🙃 #russia #ukraine #usa #us #peace #news #breakingnews #foryoupage #foryou #fyp #trending #viral

♬ you belong with me – sia

Parnas’ reach is so great that the Biden White House included him Thursday on a call with social media influencers whom they hope will combat misinformation about the war and the U.S. response to it. That briefing was first reported by The Washington Post, which said that some of the content creators on the call were shocked by Parnas’ presence.

That’s because he is the son of one of the men at the center of the scandal that led to former President Donald Trump’s first impeachment — a scandal that centered on Ukraine.

An associate of Trump, Lev Parnas — a Jewish businessman who was born in Odessa, then part of the Soviet Union, before moving to the United States at age 3 — who allegedly helped Trump’s personal attorney Rudy Giuliani coax Ukrainian officials to investigate Biden, then the Democratic presidential candidate, and his son over the latter’s seat on the board of Burisma Holdings, a major Ukrainian natural gas producer. They refused.

Trump was impeached on charges that he refused to give Ukrainian President Volodymyr Zelensky aid and an invitation to Washington, D.C., unless Zelensky agreed to investigate Burisma and charges that Ukraine had meddled in U.S. elections. Zelensky did not comply with the demands; a Republican-majority Senate acquitted Trump of those charges.

Parnas has since turned on Trump, been convicted of campaign finance crimes and pled guilty to separate fraud charges.

“I love my father, but I am not my father,” Aaron Parnas told The Washington Post.

Aaron Parnas made headlines in 2017 when he enrolled in law school at George Washington University at age 18. He has since graduated, switched from being a Republican to a Democrat and has begun working as an attorney in Miami.

Parnas was not the only Jewish influencer on the White House call. Ellie Zeiler, who headed a Jewish youth group in San Diego before focusing full-time on her TikTok, where she has more than 10 million followers, told The Washington Post she sees herself as “a White House correspondent for Gen Z.”