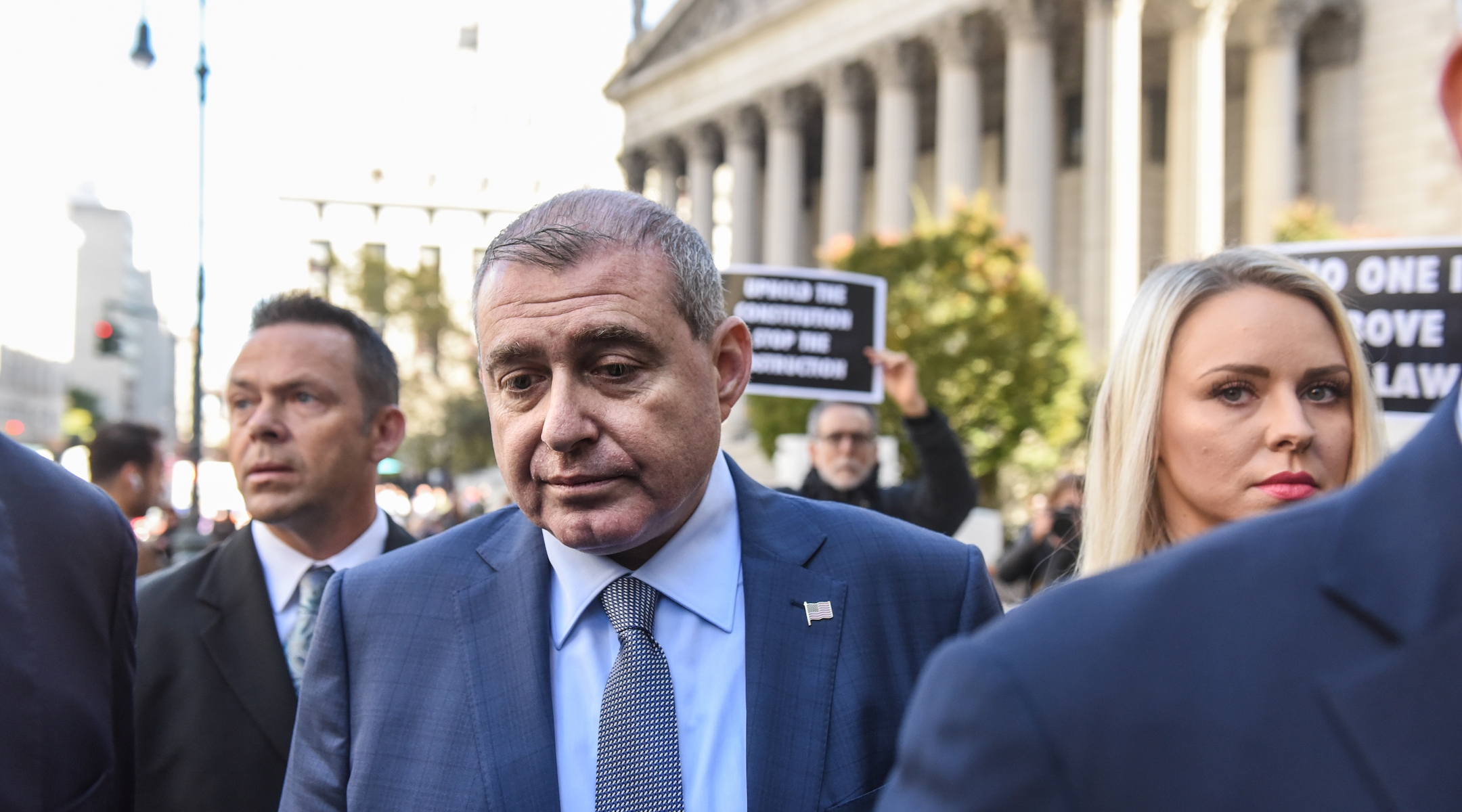 (JTA) — Lev Parnas, the Jewish Ukrainian-American businessman and former close associate of Rudy Giuliani who was arrested two years ago on charges of campaign finance violations, was convicted on six counts by a jury in New York City on Friday.

The charges could land Parnas in jail for up to five years for the first five counts. The sixth count for which he was convicted, falsifying records to the Federal Elections Commission, carries a maximum sentence of up to 20 years.

Speaking to the press after the verdict, Parnas spoke vaguely about his next steps.

“Obviously I’m upset, but at this time I just want to get home to my wife and kids and deal with it. I want to thank [my] lawyers, Joe and Stephanie. They put out an incredible fight,” Parnas said, according to CNN.

Parnas and his business partner Igor Fruman had close ties to multiple Jewish figures and organizations, including prominent Ukrainian rabbi Moshe Azman — who met with Giuliani in Paris in 2019.

A prominent Orthodox synagogue association also honored Parnas and Fruman six months before their arrests in 2019 with an award, which the association’s first vice president told the Jewish Telegraphic Agency was given before the charges against them were widely known.

Both Parnas and Fruman were arrested for attempting to trade political contributions for support for a cannabis company they were starting. Parnas was also convicted of funneling money from Fruman to the Republican Party and to PACs that supported Donald Trump through a fake company and then lying about it to the FEC.