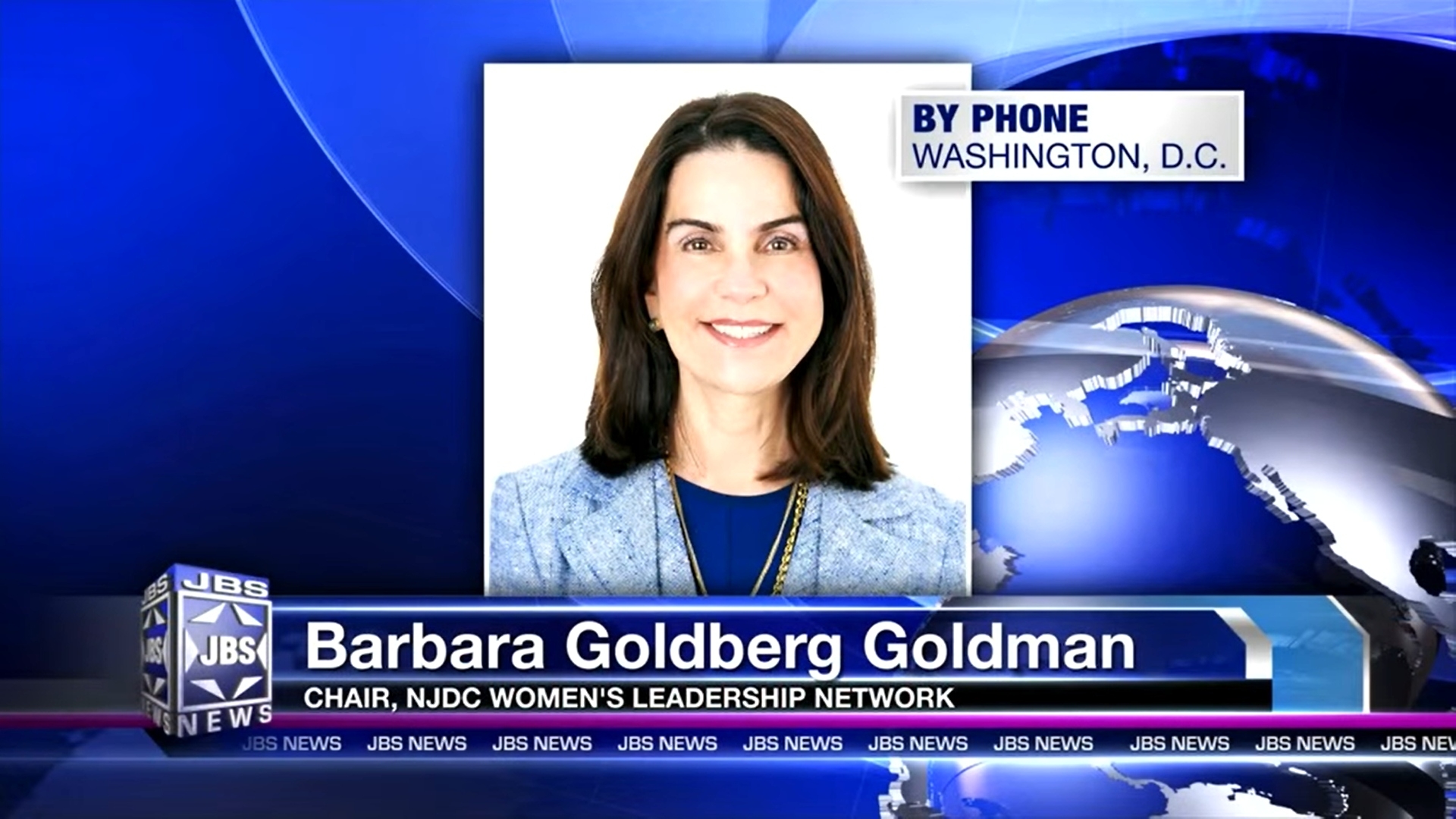 (JTA) — Barbara Goldberg Goldman, a longtime lay leader in Democratic Party and Jewish circles, resigned as deputy treasurer of the Maryland Democratic Party after questioning the viability of Black candidates for governor.

Goldberg Goldman apologized for an email she sent in December, revealed over the weekend by Axios.

“Consider this: Three African-American males have run statewide for Governor and have lost,” she wrote to other party leaders in the email. “This is a fact we must not ignore.”

Goldberg Goldman was strategizing over how best to defeat Kelly Schulz, the state’s Republican secretary of commerce, who is running to replace Larry Hogan, the current Republican governor who is nearing the end of his two term limit.

She cautioned that Maryland, widely viewed as a solidly Democratic state, has tended in recent decades to elect Republican governors, and that Schulz, who has not yet cleared the primaries, might be hard to defeat because, in Goldberg Goldman’s words, she is widely popular and is a woman.

Three of the 10 candidates currently declared for governor in the Democratic primaries are Black.

The email reveal prompted calls for Goldberg Goldman to step down from those candidates and several others who are running, including the candidate Goldberg Goldman is backing, Tom Perez, the former labor secretary and Democratic National Committee chairman.

“These ill-conceived comments do not reflect the values of our campaign — as evidenced by Tom’s long career to advance civil rights and expand opportunity — or our values as Maryland Democrats,” a Perez spokesman told The Washington Post.

Especially cutting was Ben Jealous, one of the Black candidates Goldberg Goldman alluded to in her email.

Jealous lost in a 2018 bid to unseat Hogan. His running mate was Susan Turnbull who, like Goldberg Goldman, has been prominent for years in Democratic and Jewish organizational leadership.

“I am well aware that words matter despite how they might be interpreted, and I sincerely apologize,” Goldberg Goldman told The Washington Post on Monday. “I would never want to distract from the hard work and mission of my colleagues and friends fighting for the principles upon which the Democratic Party and I stand.”

At least one prominent Black Democrat came to her defense. Isiah Leggett, the former executive of Maryland’s Montgomery County, a position equivalent to mayor, told the Post that Goldberg Goldman’s email was “unfortunate and inartful” but did not reflect her character, noting that in 2008 and 2012, she chaired the Obama campaign’s Jewish Community Leadership Committee.