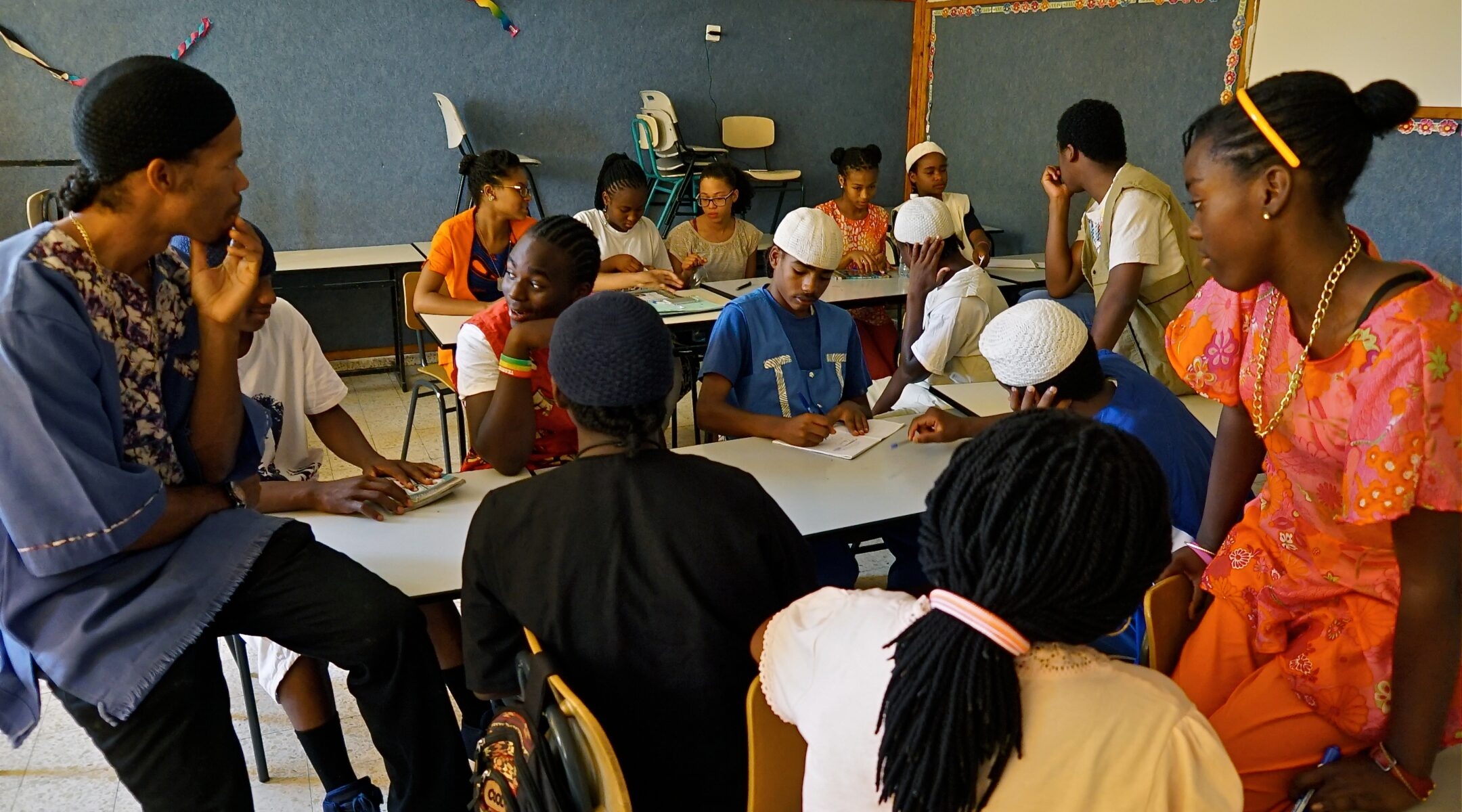 WASHINGTON (JTA) — Ketanji Brown Jackson was asked to describe a case she tried as a judge that moved her. She cited one that involved a Black sect with a base in Israel, one that Israel’s foreign ministry has credited with enhancing its public diplomacy.

That didn’t stop some conservatives on Twitter from claiming erroneously that Jackson had embraced an antisemitic cult. They cited a conservative website that ran a very brief clip without context suggesting she was referring to a separate, antisemitic sect.

President Joe Biden’s nominee to the Supreme Court, during her third day of her Senate confirmation hearings, came under friendly questioning from Sen. Dianne Feinstein, D-Calif., who is Jewish. Feinstein said she would better understand how Jackson would function as a Supreme Court justice if she described a case that moved her.

Jackson chose a trademark infringement case she tried in 2016 that demonstrated to her the personal impact of laws that otherwise seem “dry and technical.”

A former member of the African Hebrew Israelite community had taken over one of the sect’s Everlasting Life vegan restaurants in the Washington D.C. area, and the sect sued him for trademark infringement. Jackson ruled for the sect, and in her Senate testimony she described the pain she perceived among its members at seeing the name of their restaurant and its recipes wrested from the sect’s control.

“They all knew each other and the testimony about what it meant to them to have one of their members ejected in this way and then have him turn on them was very, very moving in the courtroom,” Jackson said. “So even though we were talking about this kind of arcane area of the law, it was real circumstances that were happening.”

It was Jackson’s warm descriptions of the sect that outraged segments of conservative Twitter. Townhall, a far-right website, extracted 21 seconds of her testimony and posted it on Twitter, saying only “Judge Jackson just mentioned the ‘African Hebrew Israelites, calling them ‘a cultural community around healthy living.'”

A number of tweeters immediately seized on the abbreviated Townhall post to suggest that Jackson was soft-pedaling a separate, radical group that has been labeled a hate group by the Anti-Defamation League and the Southern Poverty Law Center. A member of the offshoot was involved in the deadly 2019 shooting at a kosher supermarket in New Jersey.

The African Hebrew Israelite group in the case Jackson tried has nothing to do with the antisemitic offshoots, although they share roots in a late 19th century movement in which some Blacks embraced Judaism or aspects of it.

The group Jackson referred to maintains communities in three towns in southern Israel, descended from a number of African Americans who arrived in Israel from Chicago, via Liberia, in the late 1960s. In the community’s first years, relations with the Israeli authorities were tense, but the community eventually integrated into the country.

Israel’s Foreign Ministry dedicates a web page to the group, and says, “Today, community spokespersons are effective contributors to the national public relations effort, speaking to audiences on behalf of the State of Israel.”

One of the named plaintiffs in the case Jackson tried, Immanuel Ben Yehuda, lives in Israel and leads tours of the country for Black Americans and Africans, aimed in part at countering negative impressions of Israel. In a 2020 interview with i24, the Israeli news station, he described working with Israel’s foreign ministry to bring African leaders to the country.

The visits “paved the way for these recent years and better relations across Africa in particular, because we were bringing African leaders here for years for decades, giving them a reason to support Israel,” he said. He also described bringing over Black American celebrities including the late Whitney Houston and Stevie Wonder. StandWithUs, the pro-Israel group, promoted the interview on its Facebook page.

“We are in a unique position, I think to improve Israel’s standing in the global community,” Immanuel said.