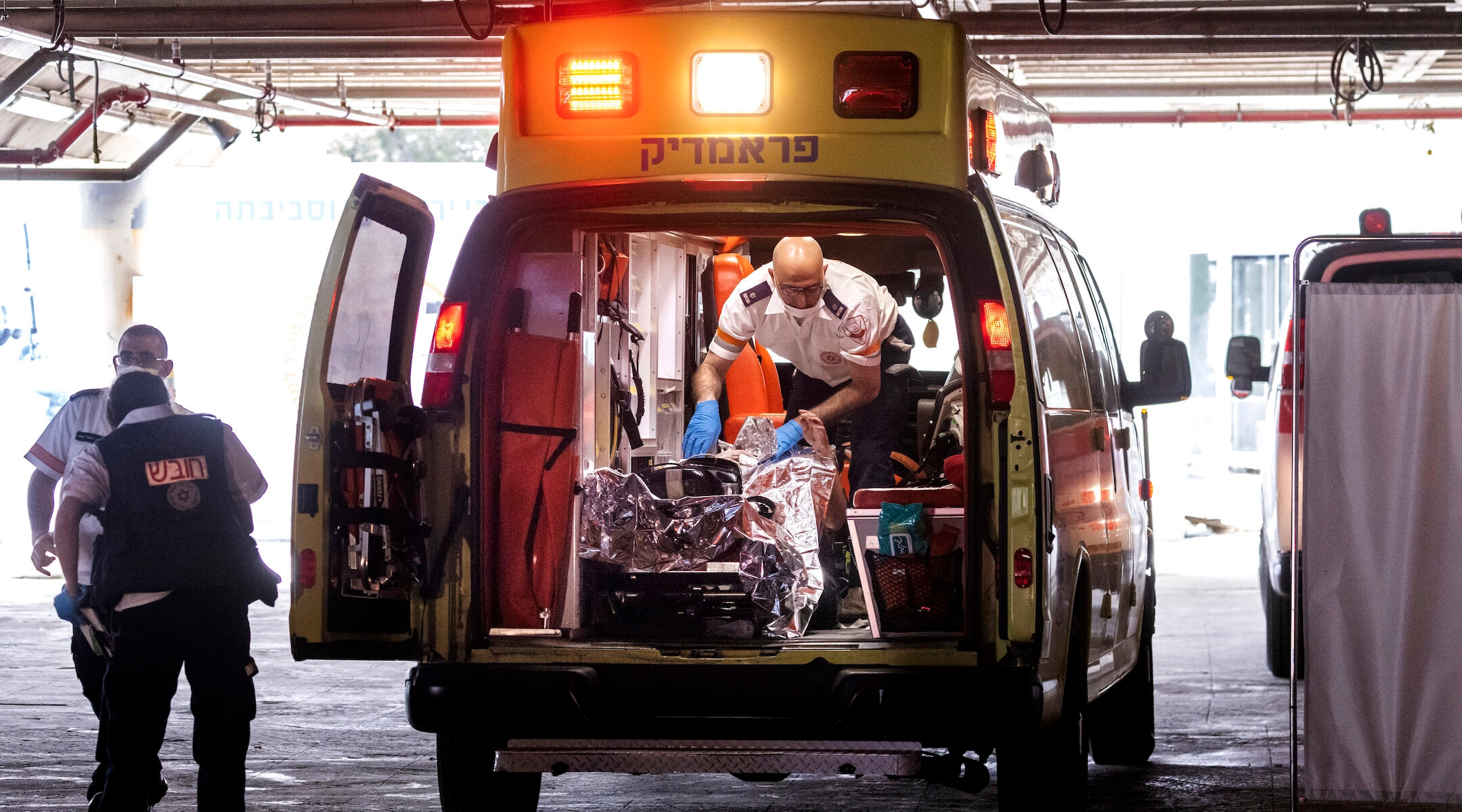 Paramedic officers tend to a man stabbed in a bus by the Neve Daniel junction near Jerusalem, March 31, 2022. (Olivier Fitoussi/Flash90)
Advertisement

(JTA) — Israeli soldiers shot and killed at least two Palestinians after being fired at in a raid on a West Bank refugee camp on Thursday, in the latest instance of rapidly escalating tensions across Israel.

Troops entered the Jenin camp to arrest suspects allegedly connected to the terror attack that left five Israelis dead in and around Bnei Brak on Tuesday, the Israel Defense Forces said, and to subdue others who were suspected of planning future attacks.

The IDF claims multiple gunmen shot at the Israeli troops, who returned fire. The IDF announced three Palestinian deaths, while the Palestinian Health Ministry announced two. Over a dozen more were injured.

Hamas, the group that controls the Gaza Strip and frequently engages in military conflicts with Israel, said Thursday’s raid called for an “escalation” of activity.

The Jenin camp has historically been a hotspot for Israeli-Palestinian clashes; in 2002, dozens of Palestinians and Israeli soldiers were killed when IDF troops attempted to enter the camp during the Second Intifada.

Separately on Thursday, a 30-year-old Palestinian man wielding a screwdriver seriously injured a 28-year-old Israeli man on a bus near the Neve Daniel West Bank settlement south of Jerusalem.

The IDF said that the attacker was shot and killed by a fellow bus passenger. After the morning incident, Palestinian media reported that the Israeli military searched the assailant’s hometown, which reportedly triggered clashes between locals and troops.

Several attacks by Arabs against Israelis over the past week, including the one in Bnei Brak, have left a total of over 10 dead. Israeli officials fear that the upcoming Ramadan holiday, during which Muslim worshippers clashed heavily for weeks with Israeli police last year, could lead to further violence.