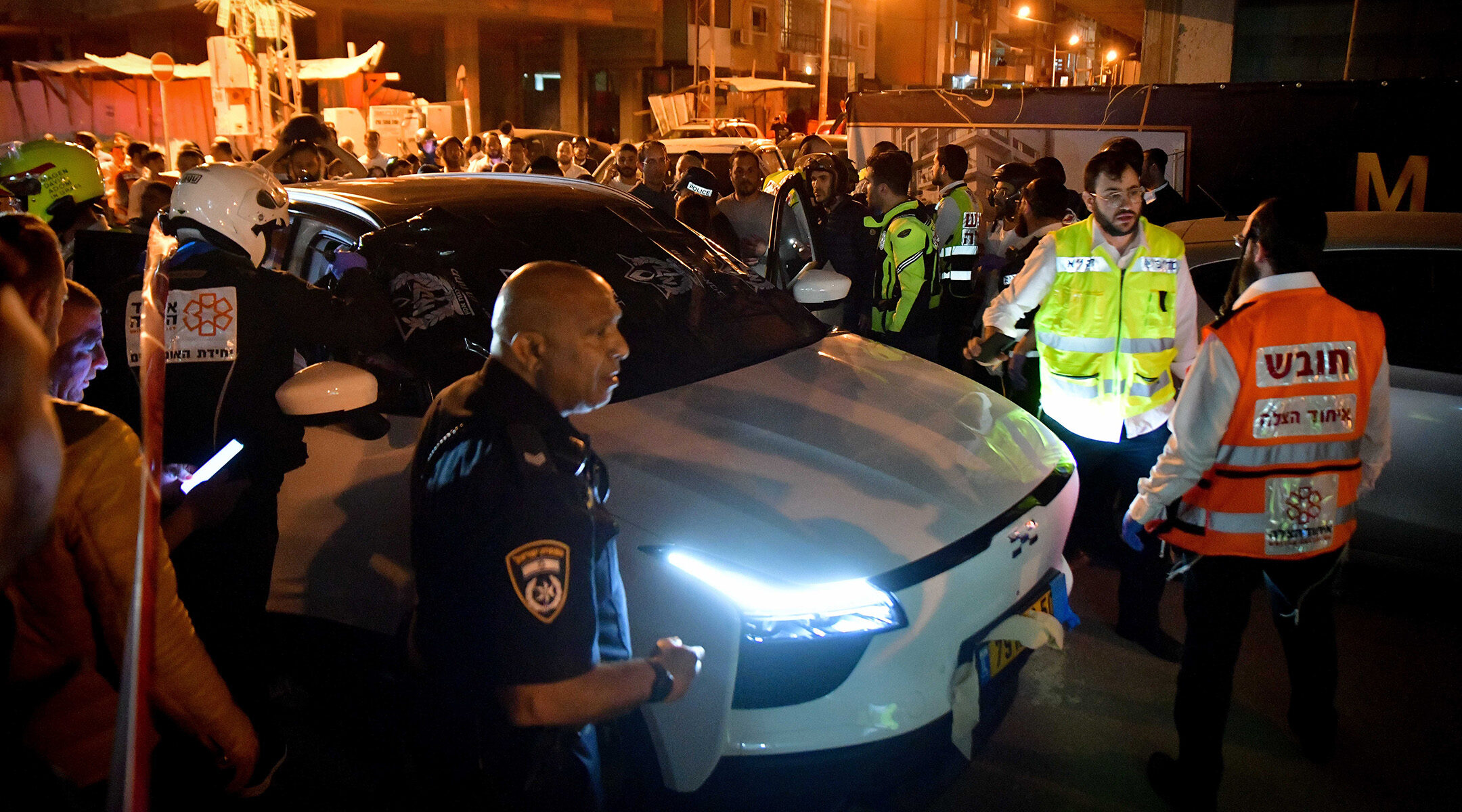 Israeli police officers and rescue forces are seen at the scene of a shooting attack in Bnei Brak, March 29, 2022. (Avshalom Sassoni/Flash90)
Advertisement

(JTA) — At least five people were killed when a Palestinian gunman opened fire on pedestrians in multiple municipalities near Tel Aviv on Tuesday.

Kann, Israel’s government-run radio service, said the attack took place Tuesday evening where Bnei Brak, a largely haredi Orthodox municipality, runs into Ramat Gan, a Tel Aviv suburb. The attacker shot people as he traveled down a thoroughfare. There were casualties in both municipalities.

Kann, quoting security sources, said the assailant was a Palestinian from the West Bank and that the police had killed him.

Reports said that the gunman in some instances got off of a motorcycle and shot at people, shouting at them to “stop,” in Hebrew.

There have been two other deadly attacks inside Israel over the past week, killing six people. Tuesday’s attack brings the week’s total of fatalities to 11.

The two other attacks were allegedly carried out by Israeli Arab citizens who identify with the Islamic State. The most recent attack, two days earlier, was reportedly spurred by a historic summit this week, in which Israel hosted four Arab foreign ministers.

The attacks come in the leadup to Ramadan, the Muslim holiday when tensions are often heightened around prayer spaces in Jerusalem. Israeli police and Muslim worshipers clashed for weeks around the same time last year.