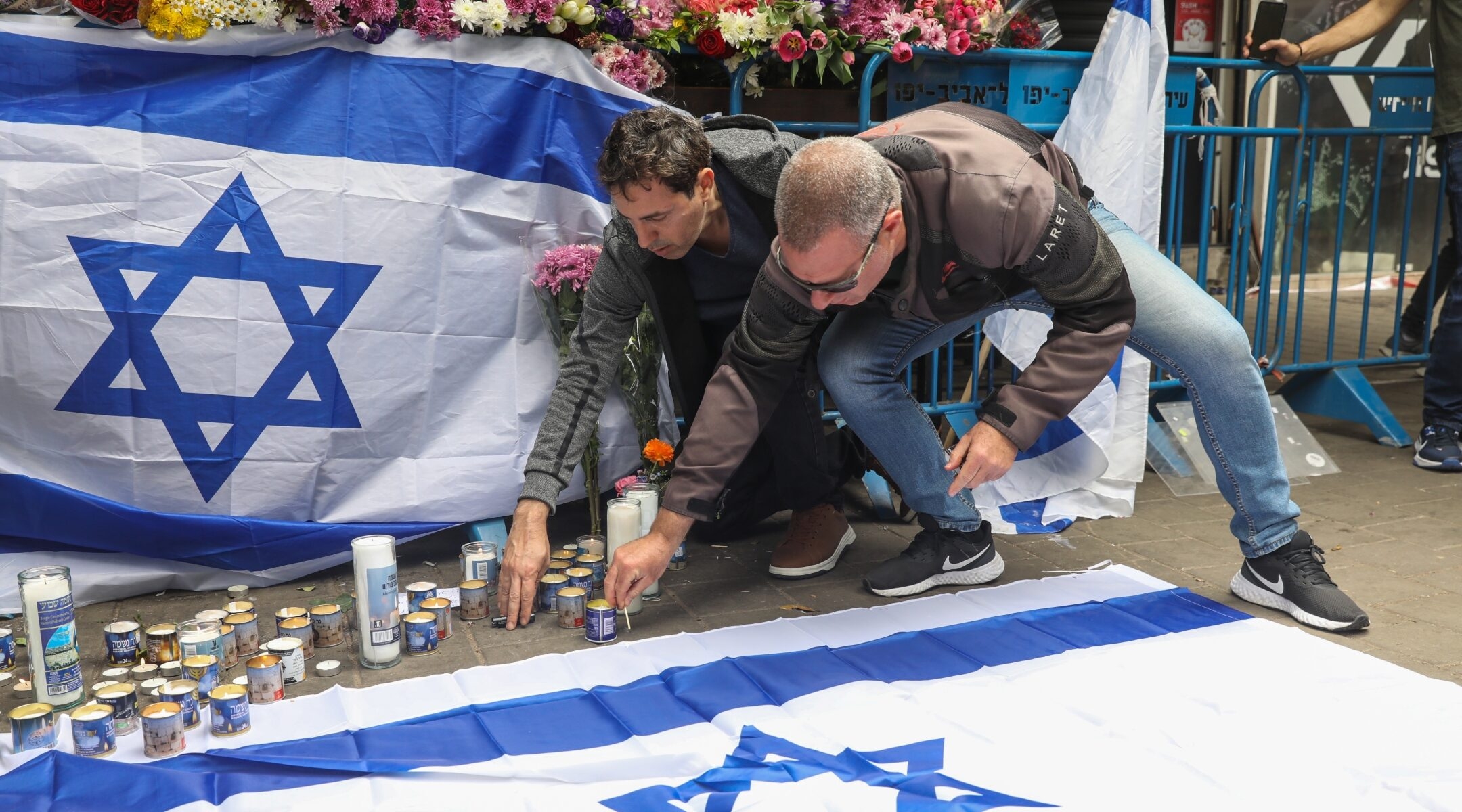 The gunman, a 28-year-old from Jenin in the northern West Bank, was tracked down to a mosque in Jaffa after a manhunt and was killed in a shootout, Israeli media reported.

A third victim died Friday morning, Kann, Israel’s government-run broadcaster, reported. He was Barak Lufan, 35, the head coach on Israel’s national kayak team. He was married and had three children.

The two men who were killed Thursday in the spree along a stretch of Dizengoff Street crowded with bars were named as Tomer Morad, 28, and Eytam Magini, 27, both from the central town of Kfar Saba, best friends since childhood. Magini worked for the Israeli tech giant Wix, which mourned him on Twitter, and said he was engaged to be married.

At least nine other people were treated for injuries.

The deaths bring to 14 the number of Israelis killed in recent weeks in terrorist attacks inside Israel’s 1967 borders.