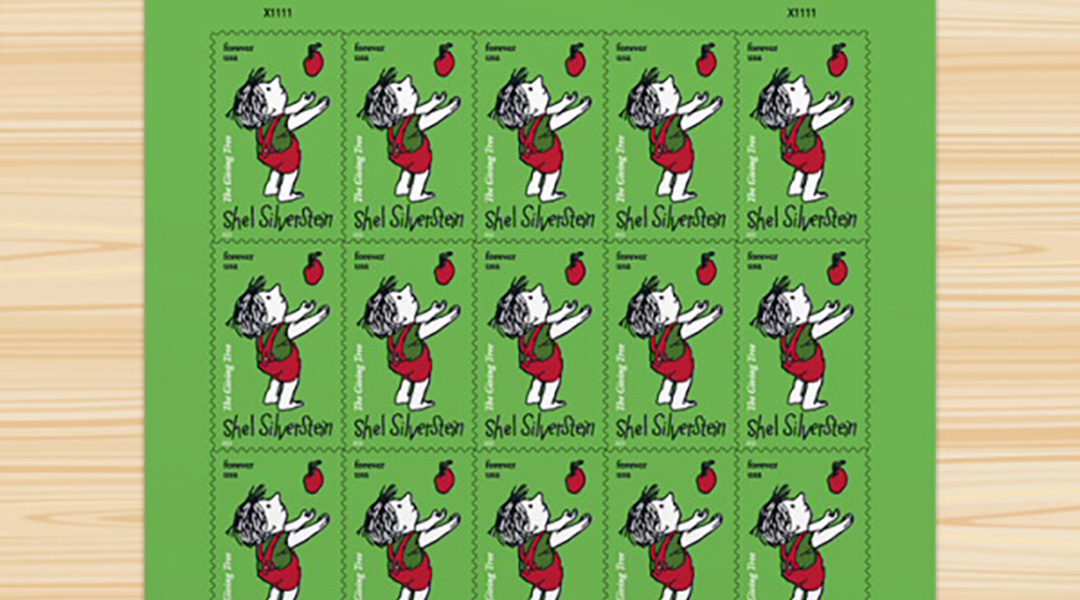 (JTA) — The United States Postal Service released a new series of Forever stamps Friday in honor of Shel Silverstein, the Jewish author and illustrator who died in 1999.

The stamps commemorate what is perhaps Silverstein’s most famous book, “The Giving Tree,” which tells the story of the relationship between a boy and a tree. The stamps feature an image of the boy from the story catching an apple with Silverstein’s name written below.

“The issuance honors the extraordinarily versatile Shel Silverstein (1930-1999), one of the 20th century’s most imaginative authors and illustrators. His picture book The Giving Tree and his quirky poetry collections are beloved by children everywhere,” the description on the postal service’s website reads.

Silverstein was born in 1930 to a middle-class Jewish family in Chicago. He started drawing and writing from a young age and drew his first cartoons for adult readers when he was a GI in Japan and Korea. In addition to his career as a children’s book author, Silverstein was a prolific songwriter and playwright. (He also inspired the name of the youngest child of a Jewish family that recently appeared on Ava Duvernay’s home-swapping TV show.)

The U.S. Postal Service’s special edition stamps commemorating notable Americans have included many Jews, including the physicist Richard Feynman in 2005, cartoonist and inventor Rube Goldberg in 1995 and, in 1991, comedian Fanny Brice, the inspiration for the musical “Funny Girl.” The series in which Brice appeared was drawn by the Jewish illustrator Al Hirschfeld.