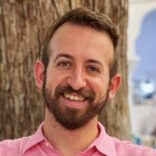 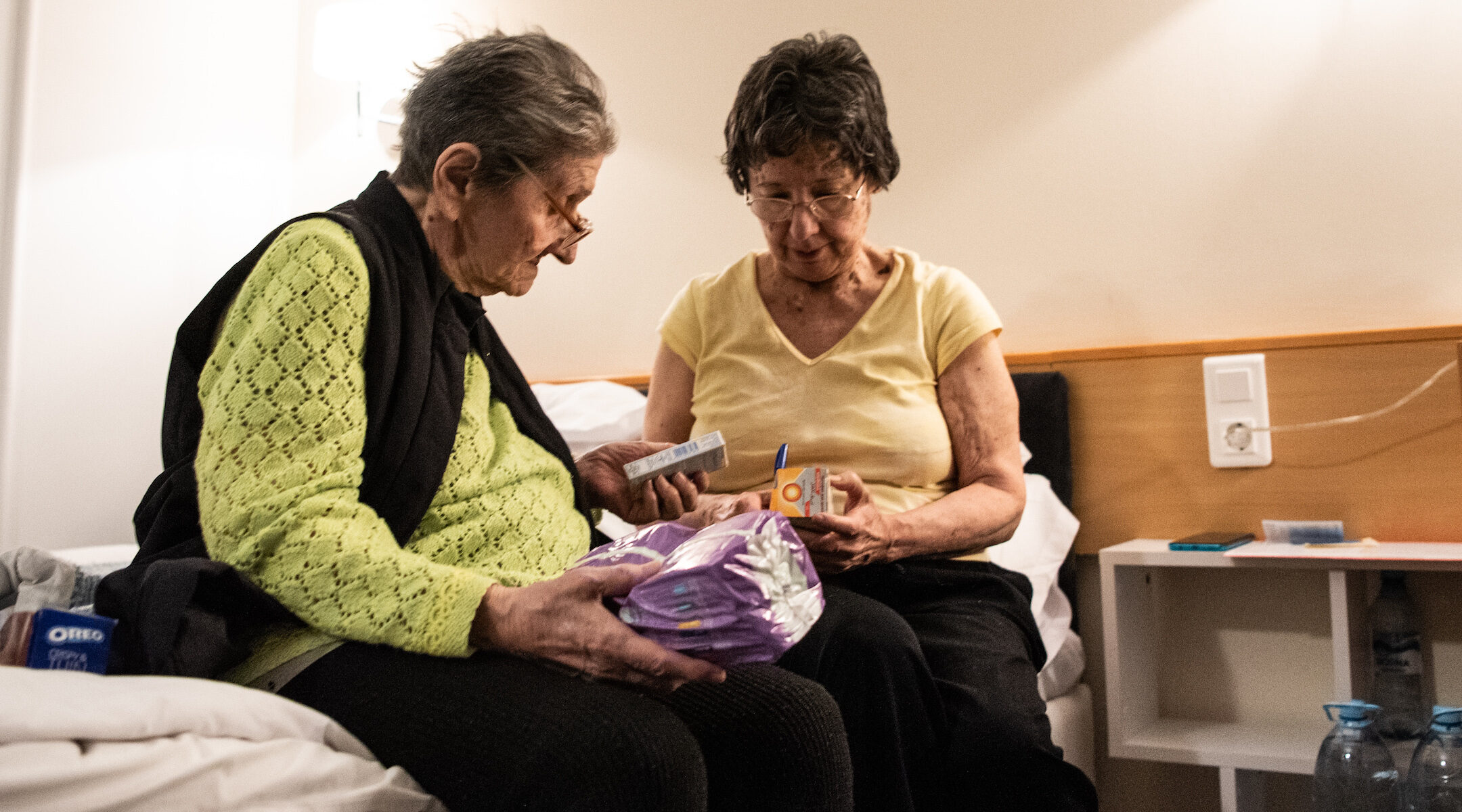 (JTA) —  When the war came, Galina Chornobyl fled so fast she left her teeth behind.

That’s one of the first things she shared with me when I met Galina at the Siret border crossing in Romania late last month.

Kyiv had become untenable — too much time spent inching down five flights of stairs to her basement bomb shelter, too much fear after watching the TV tower across the street explode.

The 95-year-old had only left Ukraine once before, as a child on an evacuation train during World War II. Now, a lifetime later, she was running once again — this time to the west, seeking shelter in neighboring Romania.

Galina and her daughter Olga Goriachko, 69, didn’t have much of a plan when they crossed the border, but then they saw the big tent — operated 24/7 by my organization, the American Jewish Joint Distribution Committee, in partnership with the Federation of Romanian Jewish Communities.

Then they saw Russian letters spelling out “Hesed,” the network of social welfare centers we established across Ukraine and the former Soviet Union from which Galina had received support for years. That’s when they knew they’d be OK.

They understood, Olga told me, that they had found an open door.

“It was like an oasis in the desert. They surrounded us immediately, offering food, water, help, comfort, and support,” she said. “We got to our people.”

Wherever we live — in large communities with robust communal infrastructure and in small villages where you can count us on one hand — we Jews belong to each other in unshakable, ineffable ways.

During my time in Moldova and Romania to help in the refugee aid response and document it, I saw that chain of Jewish mutual care in action: refugees turned volunteers, helping fellow Ukrainian Jews acclimate to new surroundings; teens leading Shabbat services at refugee camps; Jewish Community Centers repurposed as round-the-clock call centers and shelters for mothers with young children.

This is part of a wide-ranging effort carried out by local Jewish communities, Jewish groups abroad and Israel. It’s been steadfastly supported by Jewish philanthropy and leadership — from Jewish federations to the Claims Conference, from the International Fellowship of Christians and Jews to major foundations and individuals. JDC, alone, has raised more than $50 million since the beginning of the war.

In Ukraine, JDC continues to reach tens of thousands of Jews receiving emergency support through our infrastructure of social service centers, staff and Jewish volunteers. They’re providing tons of life-saving aid, psychosocial support and the warm embrace of community during air raids and bombardments.

Additionally, JDC, together with partners, has helped almost 12,000 Jews evacuate from places like Kramatorsk, Kyiv and Kharkiv. On the other side of the border, together with the Jewish communities of Poland, Hungary, Romania and Moldova, we’ve ensured that more than 30,000 refugees have food, medical care, trauma support and accommodation. These activities, in Ukraine and in neighboring countries to which refugees have fled, are supported by UJA-Federation of New York and other partners.

Across this landscape, we’ll try to make good on Passover’s message of deliverance through online and in-person communal celebrations, matzah delivery and extra food for the neediest. And as we face the future, we’ll continue to be part of both these refugees’ journeys and the long-term project to rebuild Jewish life in Ukraine. 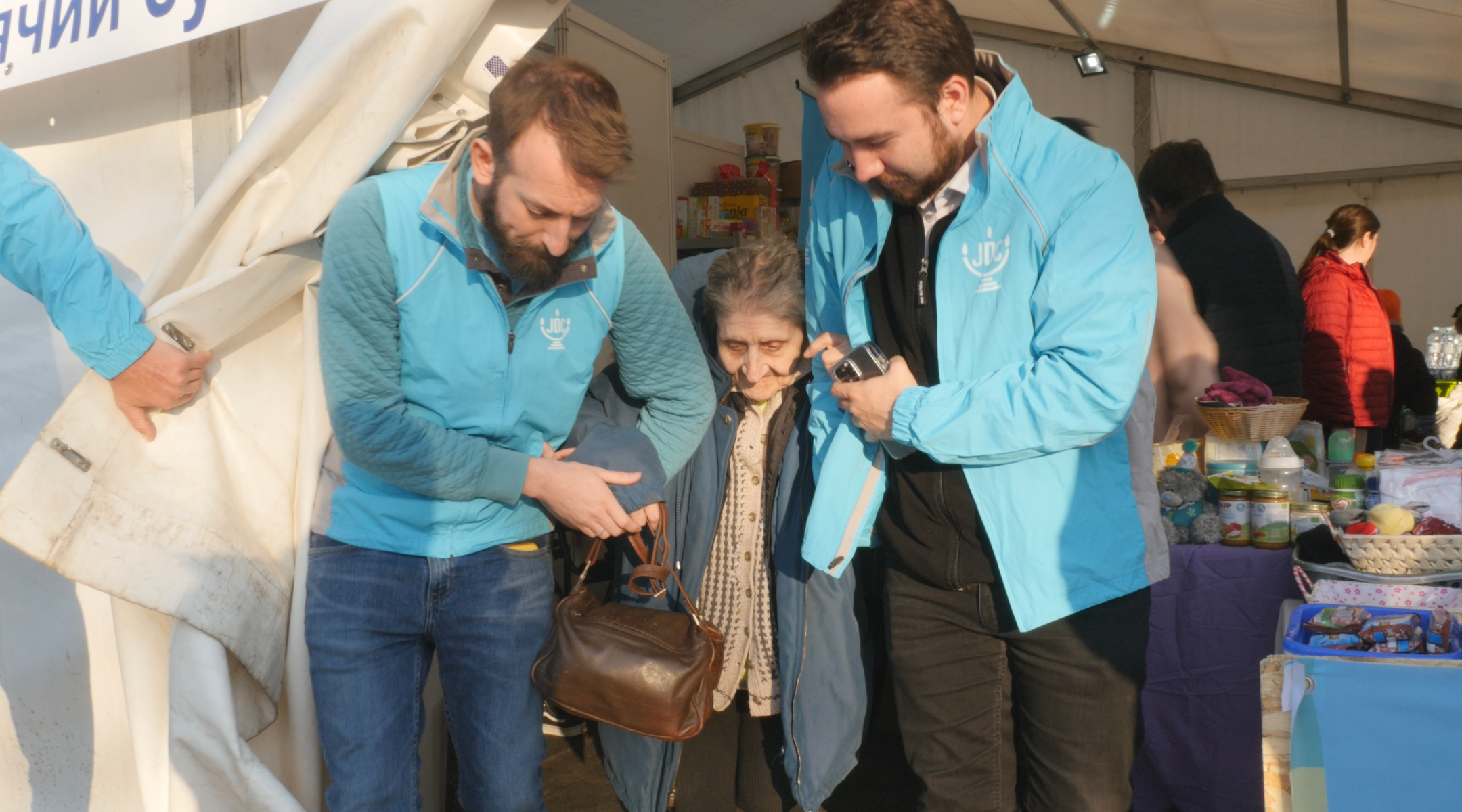 Alex Weisler (second from left) escorts refugee Galina Chornobyl from an aid tent at the Siret border in Romania to a car that transported her family to Bucharest. (JDC)

In all this work, I saw the open door and was reminded again of the many times my own family needed it: When my great-great-grandmother Molly escaped a pogrom in what is now Vilnius, Lithuania, securing herself, her child, and a future that included me. When my grandfather Samuel returned to a shattered Europe after fleeing his shtetl on the eve of World War II, and found safe harbor in a displaced persons camp. When my cousins decided to leave Soviet Ukraine in the late 1980s, and received support from my organization and others as they waited for their visas in Italy and settled into Brooklyn with cautious optimism and palpable relief.

I know I’m only here because of the doors that opened for them, and the ones we’ve all worked to keep open in the years since.

Like Galina and Olga, Anna Timoshenko fled when the bombs and blasts in Kyiv were no longer bearable. When I met her, she was in Moldova with her elderly mother and teenage son. Both Anna’s mother and her aunt are Hesed clients, receiving life-saving humanitarian assistance from the Jewish community.

A successful tax lawyer in Kyiv, Anna described a harrowing 14-hour journey through Ukraine, more than twice the length of the trip in peacetime — zigzagging on back roads to avoid military checkpoints, terrified that something awful would happen to her family, afraid the scenes she saw as she drove would stay with her forever.

Sitting in her aunt’s apartment, she couldn’t shake a recent grim epiphany: This wasn’t the first time that she’d sought shelter here when chaos reigned back home.

In 1986, in the wake of the Chernobyl disaster, she and her family packed suitcases and headed to her aunt. She was 17 — the same age her son is now.

“This is where we come when we’re going through ordeals,” she said with a wry laugh. “It means something, that it’s always here.”

That’s our job, too, as Jews — to always be there, making sure the door is never closed for Galina and Olga, for Anna’s family, and for tens of thousands of others in their time of need.

Just as we’ll open the door for Elijah this Friday night at the first seder, we must continue to guarantee that when our brothers and sisters around the world knock, we answer.

Alex Weisler
is a former journalist and the JDC’s senior video and digital content producer.
The views and opinions expressed in this article are those of the author and do not necessarily reflect the views of JTA or its parent company, 70 Faces Media.