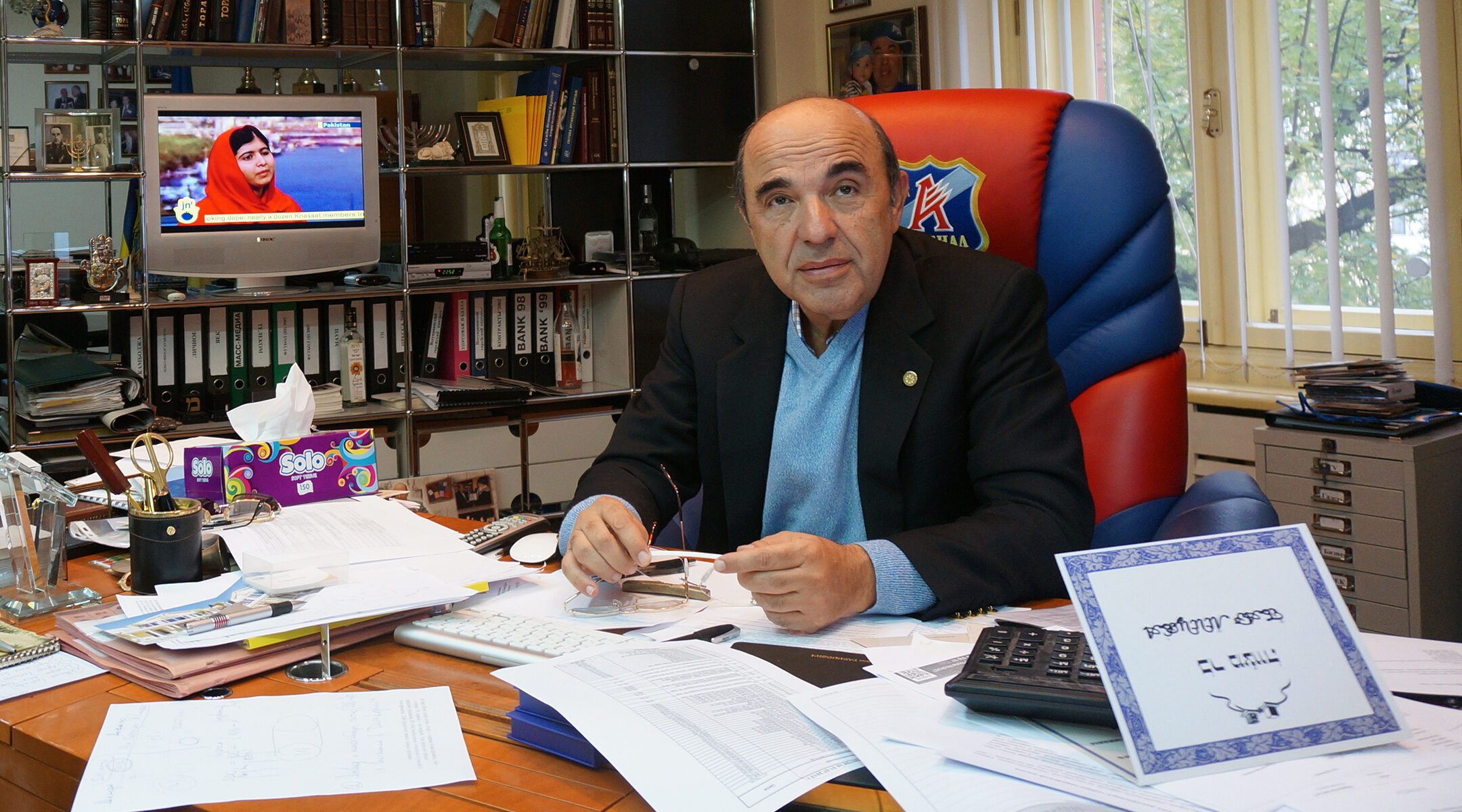 (JTA) — Ukraine’s government has placed Vadim Rabinovich, a lawmaker and Jewish community leader, on a list of 111 people it called traitors in the war with Russia.

The list was published last week by Rukh Chesno, a nongovernmental organization dedicated to promoting honest governance, and Ukraine’s National Agency for the Prevention of Corruption. It includes bureaucrats, journalists and mayors accused of collaborating with Russia, which invaded Ukraine on Feb. 24. The government agency was a partner in compiling the list, according to TSN, a leading television station.

Rabinovich was elected in 2019 to the Verkhovna Rada, Ukraine’s parliament, and headed a small opposition party whose critics say is pro-Russian. A former billionaire, he entered politics in 2014.

Rukh Chesno’s website called Rabinovich a “collaborator, pro-Russian politician,” adding that he has “been abroad since the beginning of the war” and on Feb. 14 wrote on Facebook that the war had begun “and the West Ukraine began it.”

In 1997 he founded the All-Ukrainian Jewish Congress, which has been one of the main local Jewish groups active in the country. He also heads the European Jewish Parliament, a largely inactive Jewish umbrella group founded in 2012.

Last year, Rabinovich launched a failed attempt at impeaching President Volodymyr Zelensky, who is also Jewish, over the government’s shuttering of three television stations deemed to be pro-Russian.

Along with Anna German, a former politician, Rabinovich is among a handful of Jews on the list and the only leader of a Jewish organization.

Many of the people on the list have not been arrested or otherwise punished. Some are dead, including Volodymyr Struk, 57, a former mayor of the city of Kreminna, who last month was kidnapped and shot dead, possibly for allegations of collaboration.

Rabinovich did not immediately reply to a request for comment by the Jewish Telegraphic Agency to his inclusion on the list of alleged traitors.