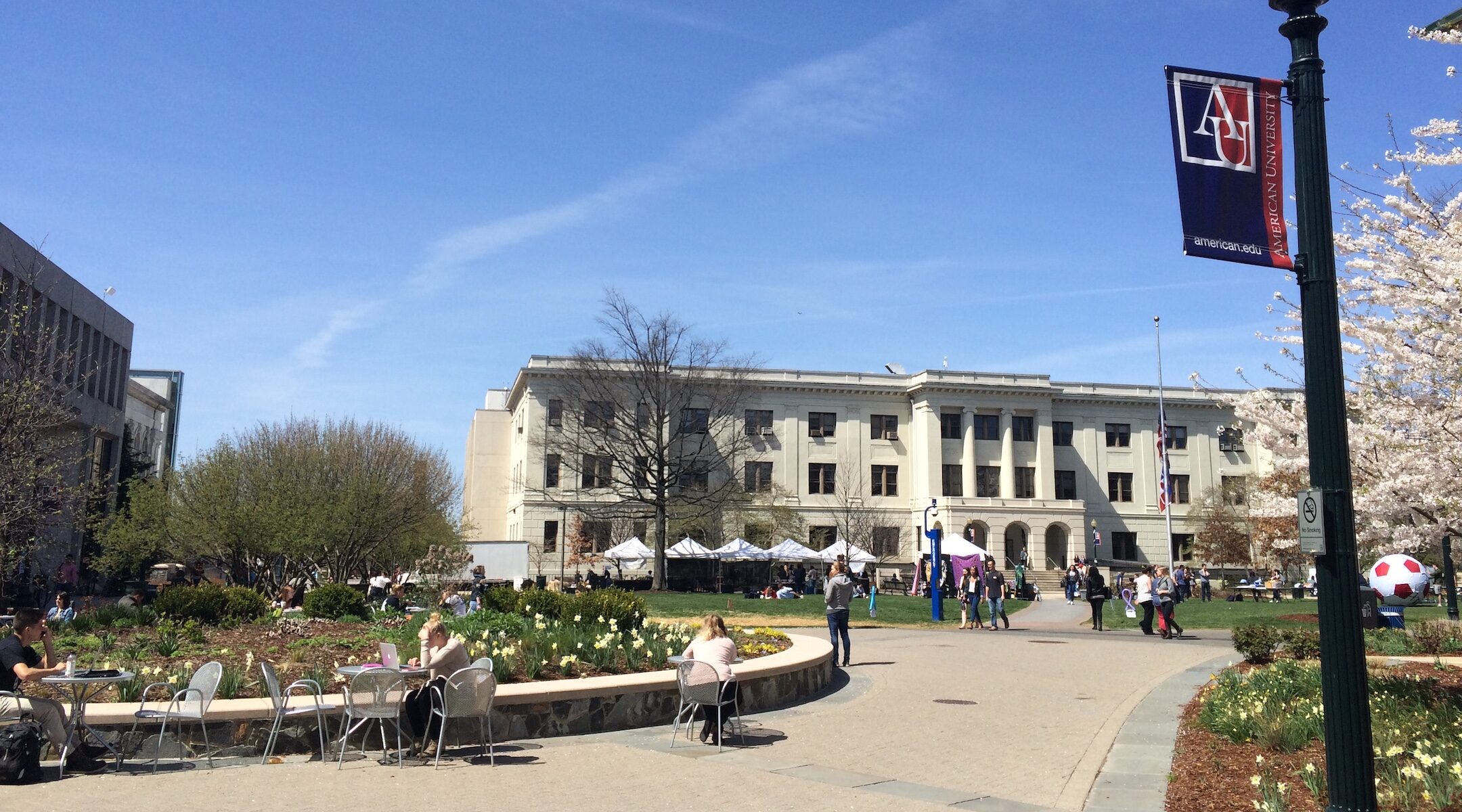 (JTA) – A Muslim student group at American University was set to co-sponsor an interfaith seder and Iftar event this week with the campus Hillel chapter, to commemorate Passover and Ramadan.

Then, in an Instagram post Saturday, the Muslim Student Association at the university in Washington, D.C., cancelled its participation in the event, citing Hillel’s support of Israel amid last week’s renewed violent clashes at Jerusalem’s Al-Aqsa mosque.

“Hillel’s continued support for the state of Israel after this attack contradicts our values of human rights and justice and we are unable to participate in a co-sponsored campus event at this time,” the group posted to social media. The day before, Israeli police had raided the mosque as a response to rioting by Palestinians at the holy site.

“We stand in solidarity with Palestine,” the post continued, calling Israel “a settler-colonial and apartheid state.”

The student group’s post also said that it did not discover Hillel would be a co-sponsor of the interfaith event until after the Muslim students agreed to be a part of it, and that the genesis of the event had originated from one Muslim and one Jewish undergraduate student.

“We are disappointed that the MSA chose not to participate and are hurt by their decision to express their disagreement with Israel’s actions by boycotting our campus Jewish community,” Benkendorf said. “We don’t believe this is in keeping with the values of our campus.  Regardless, AU Hillel will continue to foster meaningful opportunities for interfaith and cross-cultural engagement.”

The Hillel chapter’s website highlights its pro-Israel work, including bringing dozens of students to Israel every year as part of Birthright trips and facilitating “on-campus educational programs” about Israel.

The Anti-Defamation League’s Washington, D.C. chapter condemned the Muslim Student Association’s actions, calling the statement “nothing less than a tired antisemitic trope of holding Jews accountable for the actions of another government.”

Campus Hillel chapters, which support Jewish student life while also partnering with pro-Israel initiatives like Birthright, have, along with other liberal Jewish groups, increasingly found themselves lumped in by pro-Palestinian activists with other groups that have a more explicitly political pro-Israel agenda. In December, the leader of the Council on American-Islamic Relations’ San Francisco office said Hillel was an example of Jewish groups she called “polite Zionists” and who therefore should be opposed by pro-Palestinian activists.

Last month, an Israel boycott campaign at Tufts University near Boston urged students to refuse to join campus groups or programs “that normalize or benefit” Israel, including the business-oriented TAMID Group, whose local chapters are frequently featured on university Hillel pages, and the liberal Middle East policy group J Street U.

Last month, AU’s Muslim Student Association was one of the co-sponsors of a planned campus visit from the controversial Palestinian writer Mohammed El-Kurd, whom Jewish groups have accused of deploying antisemitic tropes in his poetry and social media; a petition was circulated to protest his event. The event was eventually moved to an off-campus venue, a decision which El-Kurd said at the time had nothing to do with university pressure.