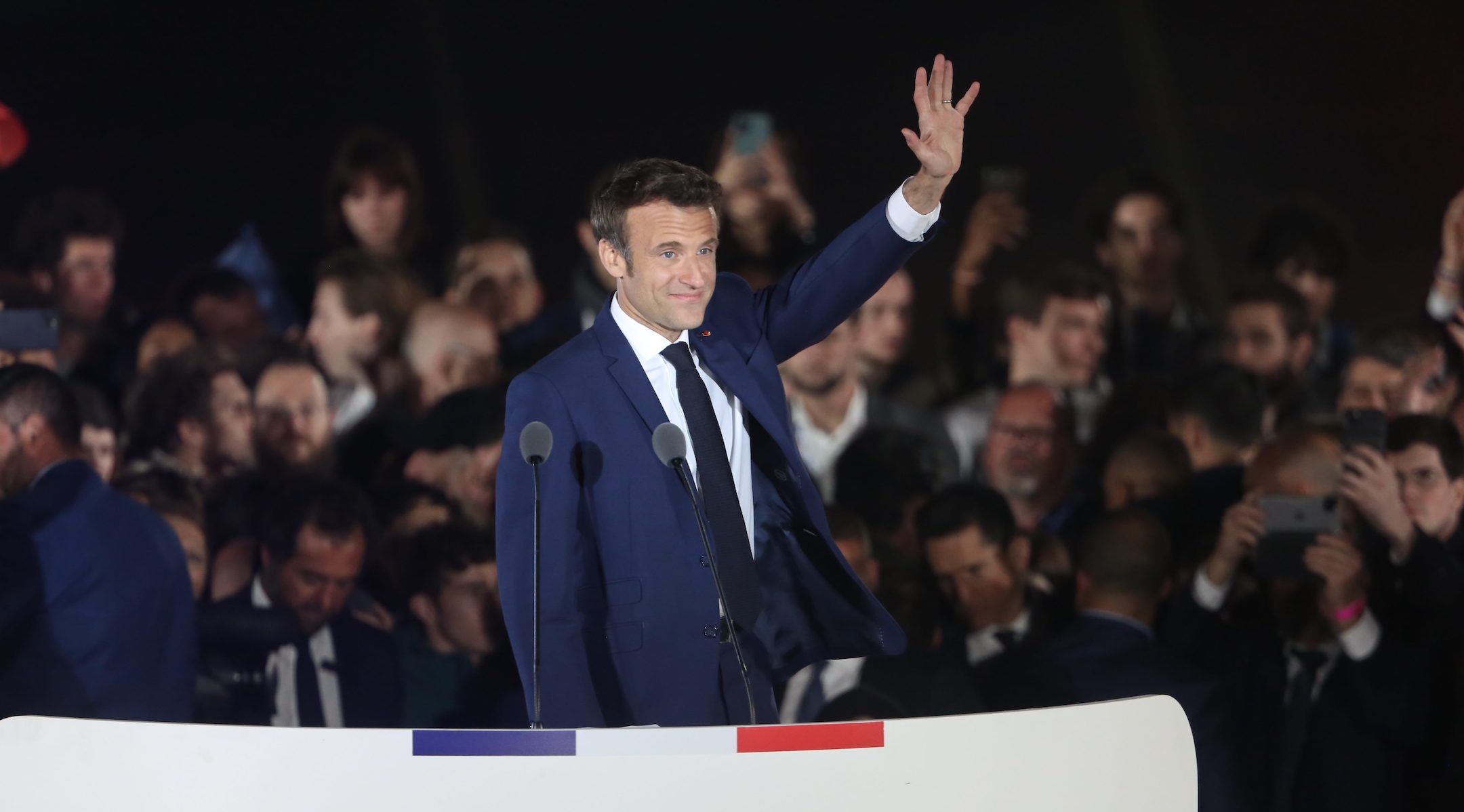 His rival, Marine Le Pen of the far-right National Rally Party, won nearly 42% of the vote, marking a decisive loss but giving her party its best electoral result yet. Le Pen, the daughter of a Holocaust denier who opposes the wearing of religious symbols in public, had received only 33% in their previous matchup, in 2017.

Macron is a centrist who took unprecedented actions to curb what he defined as “Islamist hydra,” including the banning of all nurseries without state supervision for children older than 3. He is also the first French president who called publicly anti-Zionism a form of antisemitism.

Le Pen is a populist who has vowed to crack down on public expressions of Islam in France, including street prayers and the display of all religious symbols, including head coverings and kippahs. She asked French Jews to make this “sacrifice” to help her fight radical Islam without violating the constitution.

Le Pen’s father, Jean-Marie, is a Holocaust denier with a long record of making antisemitic statements. He founded the National Rally in the 1980s. Marine Le Pen succeeded him in 2011 and kicked him out the party in 2015 for those statements. She had promised to be a “shield” for Jews against radical Islam.

Eric Zemmour, a Jewish far-right candidate in the French presidential race who did not make it to the second and final round Sunday, called for unity among supporters of the French right to win future elections.

“There will be no victory without alliances between all the parts of the right-wing bloc,” said Zemmour, who had called on his supporters to vote for Le Pen.