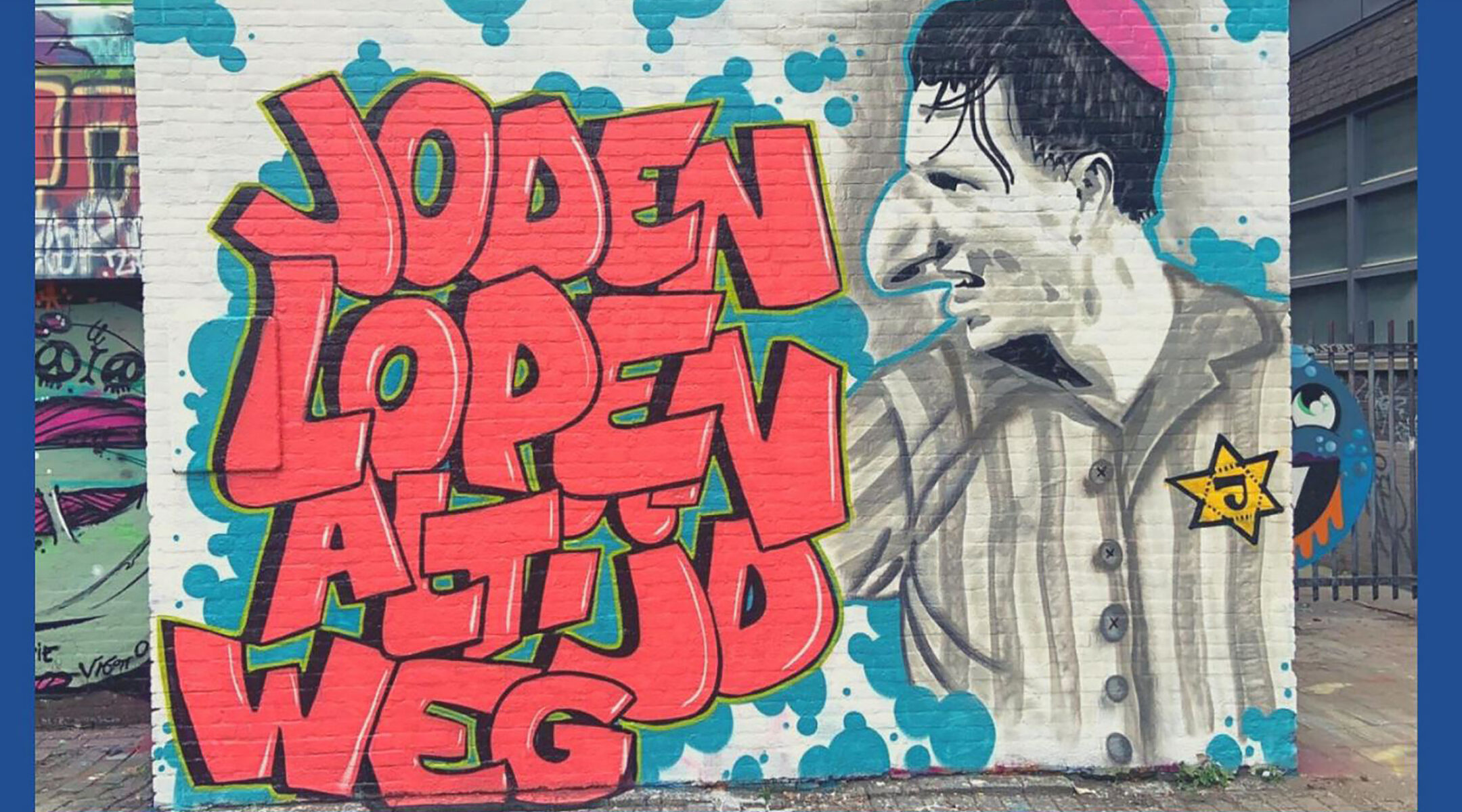 A mural caricature of soccer player Steven Berghuis depicts him as a hooked-nosed Jew in Rotterdam, the Netherlands, July 2021. (CIDI)
Advertisement

(JTA) — The number of antisemitic incidents recorded in the Netherlands reached a 10-year high of 183 cases in 2021, a Dutch Jewish watchdog group said.

The 2021 tally was a 35-percent increase over the previous year, said the Hague-based Center for Information and Documentation on Israel, or CIDI.

At least 72 of the incidents happened in what the CIDI, called “real-life” conditions, meaning in physical spaces and not online. Of those, 21 were acts of vandalism and three incidents were violent assaults.

In one assault, three men punched a Jewish man and his sister on the street in western Amsterdam. The woman was wearing traditional Jewish Orthodox clothes and had a mask with a star of David on it that she got from the Jewish old age home Beit Shalom while volunteering there.

One of the vandalism incidents involved a Rotterdam mural caricaturing Steven Berghuis, who is not Jewish but plays for Ajax, an Amsterdam team that is deemed “Jewish” by their fans and fans of rival teams. In the mural, Berghuis wears a yellow star and a kippah and and has a large hooked nose. It was titled “Jews always walk away,” in an apparent reference to his transfer from the city’s team, Feyenoord, to rival Ajax.

Separately, Canada saw a record number of antisemitic incidents in 2021, according to B’nai Brith Canada’s annual audit released Sunday. The advocacy group cited 2,799 anti-Jewish hate crimes in total, up 7% from 2020. Most notable was a sharp rise in violent incidents, from only nine in 2020 to 75 in 2021.

Incidents included a kosher Montreal bakery being firebombed, beatings, and synagogue vandalism, with the sharpest increases occurring in Quebec and British Columbia provinces, the audit said. In one incident, a man gave the Nazi salute before beating a woman in a Toronto subway.

The audit also recorded a slight drop in harassment incidents from 2, 483 to 2,460, but noted a 12% rise in online hate, likely due to increased internet during the COVID-19 pandemic.

In Italy, 226 antisemitic incidents were recorded last year, constituting a minor drop from the 230 cases documented there in 2020, the CDEC watchdog group said in their annual report. 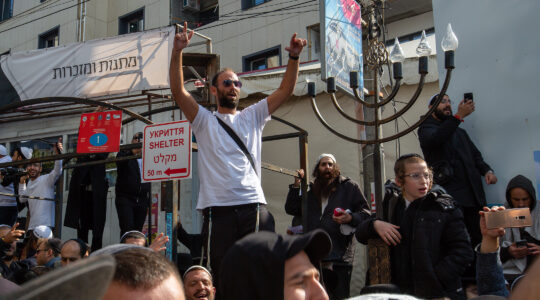