From Nigeria to Kyiv to a Hillel in Berlin: The long, strange journey for 2 students fleeing the Ukraine war 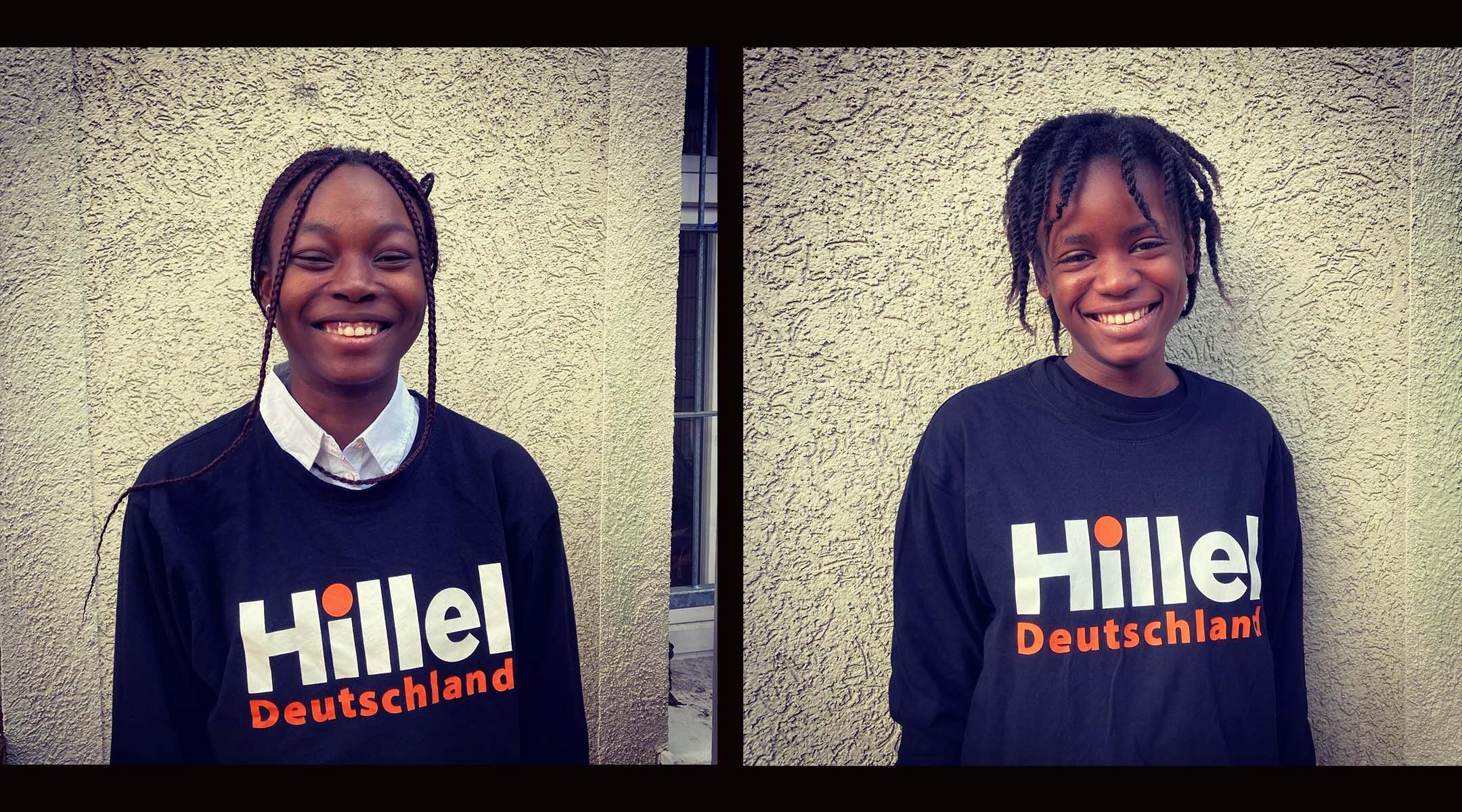 BERLIN (JTA) — Nigerian students Funke Oluwatosin and Deborah Ologbenla, both 16, received a crash course in German Jewish life — as the result of a very unexpected journey.

The friends were studying at Kyiv Medical University when Russia began its invasion of Ukraine on Feb. 24. They left fleeing the violence immediately and headed to Warsaw, where they split up amid the panicked, fast-paced transports leaving for other countries.

Oluwatosin continued with a group of five fellow Nigerian students towards Berlin where an American Jewish man from New Jersey spotted them at Berlin’s main train station and offered to help them secure housing. He put their story onto a Telegram chat for Jews across Germany who were helping house refugees displaced from Ukraine.

Rabbi Jeremy Borovitz, director of Jewish learning at the Hillel Deutschland — a hub for learning and community engagement for Jewish students and young professionals in Berlin — saw the message and offered to house Oluwatosin’s group at the Hillel headquarters-turned-temporary-hostel.

Oluwatosin mentioned her friend back in Warsaw and asked if she could join them. Borovitz enthusiastically approved, and Ologbenla arrived in Berlin a couple of days later.

Oluwatosin, Ologbenla, and the rest of their group stayed with Hillel Deutschland for the next five weeks, learning about Jewish culture on the fly in their temporary home. Members of the Hillel Deutschland community have since taken them all into their private homes while their futures are sorted out. 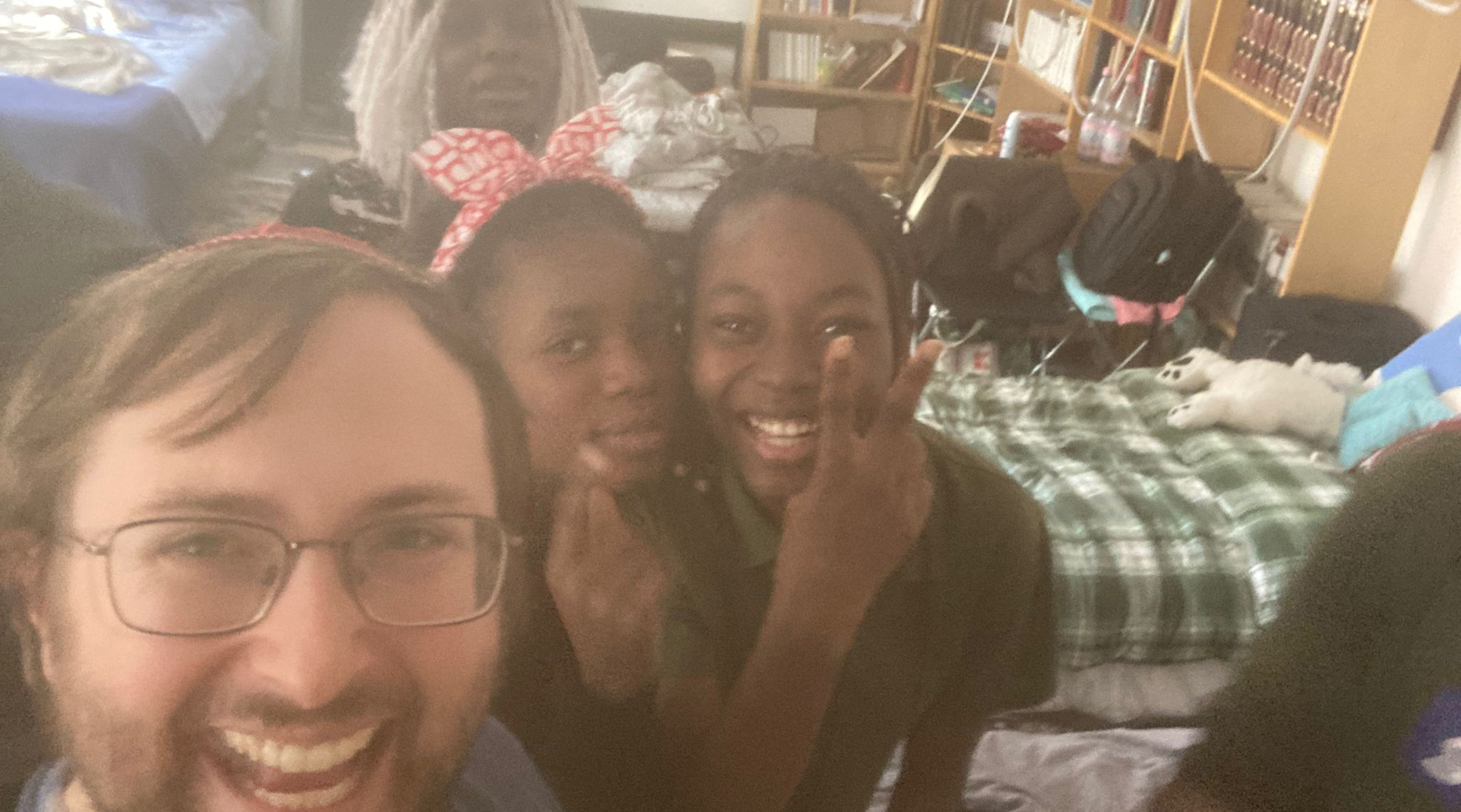 Borovitz takes a selfie with a group of Nigerian students who were previously studying in Ukraine but are now being housed in his Hillel building in Berlin. (Courtesy of Rabbi Jeremy Borovitz)

According to the country’s interior ministry, Germany has taken in 383,916 Ukrainian refugees since the Russian invasion began. An estimated 60,000 have stayed and are living in Berlin at volunteers’ homes and refugee centers. The Telegram chat highlights how the German-Jewish community in particular has mobilized quickly to provide relief and housing for Jews and non-Jews fleeing the war.

“We helped them because they were the people in front of us,” Borovitz said. “They were definitely in a particularly vulnerable place, as there was less interest in helping third-party nationals of color than in helping Ukrainians. And I always think there is a responsibility to help those who are most vulnerable. The mark of a just society is how we treat those who are most vulnerable.

“But we also had Ukrainians who stayed in the hostel,” he added. “We helped whoever came to us needing help. And in the end, these were the people in front of us needing help.”

While they stayed at the Hillel, Oluwatosin and Ologbenla were immersed in a new Jewish milieu. For Purim, they joined the Hillel’s Purim street party of sorts, helping serve hamburgers and hotdogs to passersby, and they attended a few Shabbat dinners and havdalah (or end of Shabbat prayer) ceremonies.

“I’ve not done something like that before. It’s new to me,” Ologbenla said of the Jewish prayer services. “But I like it. We come together and everyone gets to know each other.”

Although they continue to take online classes, it’s clear that the pair of students will not be able to finish their degrees in Ukraine. Both have family members in the United States, so they decided to apply at Temple University to continue their studies. Both have already been accepted and Hillel Deutschland launched a fundraiser to help secure them with the finances — the goal is to fund the first year of Ologbenla and Oluwatosin’s education. From there they hope to secure a combination of loans and family assistance to continue their educations. Thus far the Hillel has raised $55,000 of their $80,000 goal, mostly through the help of American Jewish donors.

Unfortunately for the aspiring doctors, the U.S. government recently rejected their first applications for student visas. The primary issue was that they were unable to prove that they will return to Nigeria after graduating.

“These are two young women who dream of being doctors in their native Nigeria,” said Borovitz. “Temple University can see it, the 100 unique donors who have given to our campaign already can see it, and hopefully the U.S. government will be able to see it as well.”

Borovitz believes that the burden of proof is much higher for students from Africa than white Europeans. They also have not been given instructions on how to prove that they will return to Nigeria after their graduation. An immigration attorney is speaking with the students pro bono while they continue to gather as much evidence as possible of their family ties to Nigeria to prove they will return after graduation. They will visit the U.S. embassy in Berlin again soon to continue making their case.

“My great-grandparents were immigrants and they had fled the countries they were from, which is today, Ukraine and Poland, and people helped them along the way,” Borovitz said. “I think we have a responsibility as Jews, and a moral responsibility as human beings to help the people in front of you. And these were the people we found, and I feel really grateful also to have met them.”