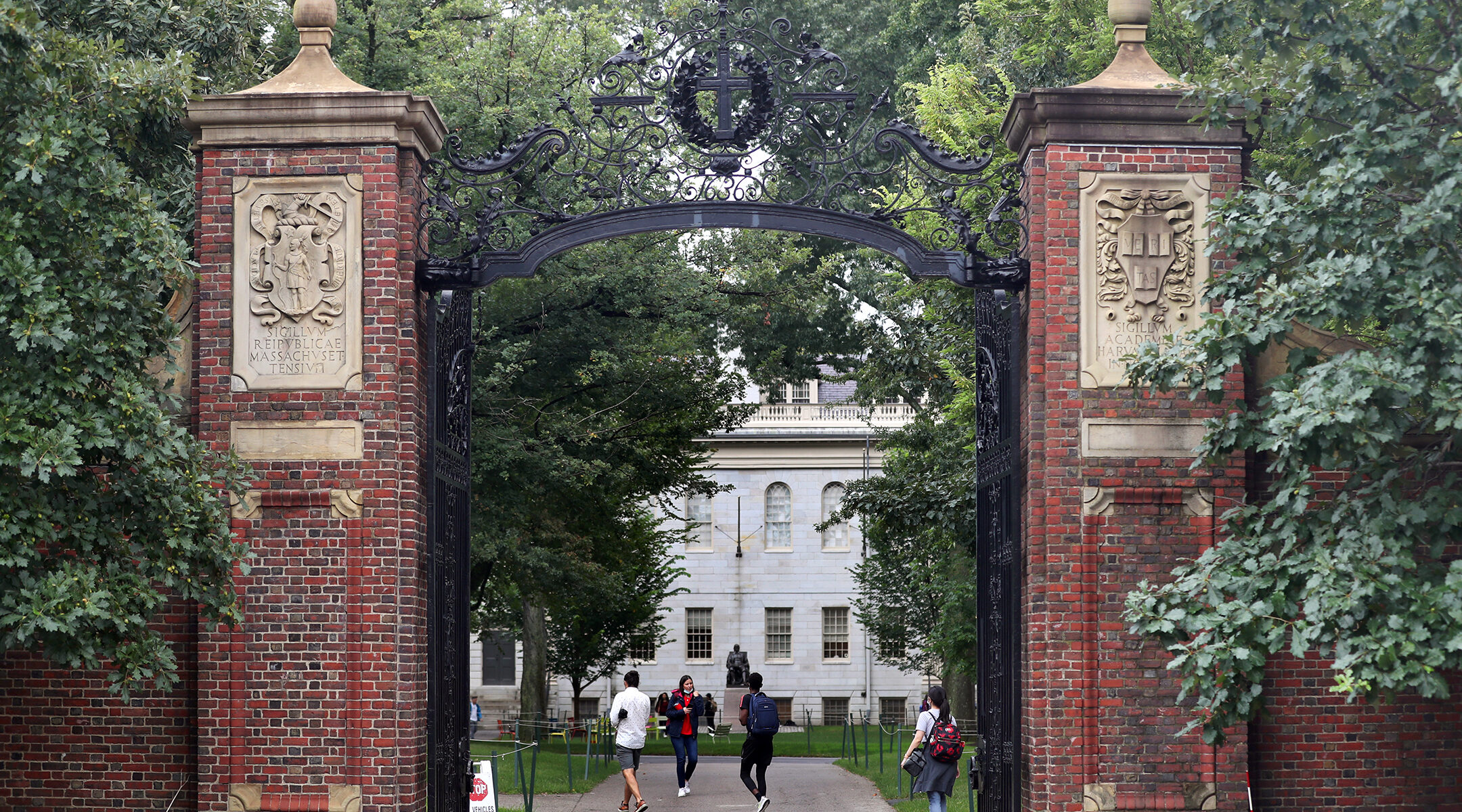 (JTA) – For years, the editorial board of the Harvard Crimson, the student newspaper at Harvard University, has declined to back the movement to boycott Israel, even as it expressed concern about Israeli policies and supported the free-speech rights of Harvard student groups that did advocate for a boycott.

That changed Friday, when the newspaper published an unsigned editorial offering a full-throated endorsement of the Boycott, Divestment, Sanctions movement, in a potent symbol of a changing campus climate around Israel.

The editorial also expressed support for Harvard’s Palestine Solidarity Committee, a student group that has for the past week been hosting the school’s chapter of the annual “Israel Apartheid Week” international event.

“We are proud to finally lend our support to both Palestinian liberation and BDS — and we call on everyone to do the same,” the Crimson’s editorial board wrote.

It was a notable shift from the paper’s history of opposing BDS, which the board cited in its editorial. As recently as 2020, the Crimson expressed ambivalence.

“In the past, our board was skeptical of the movement (if not, generally speaking, of its goals), arguing that BDS as a whole did not ‘get at the nuances and particularities of the Israel-Palestine conflict,'” the editorial said. “We regret and reject that view.”

What changed, the Crimson’s editors said, was “the weight of this moment — of Israel’s human rights and international law violations and of Palestine’s cry for freedom.”

Coming from the oldest continuously published campus daily in the United States, at the country’s most selective college, the Crimson’s support is certain to fuel concerns from pro-Israel advocates that college campuses are inhospitable to students who support Israel. Pro-Palestinian advocacy is common on campuses, and last year 11 student governments passed BDS resolutions, out of 17 that were considered.

Like both Republican and Democratic leaders, Jewish groups across the political spectrum oppose the BDS movement, initiated by Palestinian activists, because they say its opposition to the very existence of Israel is dangerous to Jews. The sponsor of a BDS resolution in Burlington, Vermont, last year withdrew the proposal after becoming convinced that the movement contributes to antisemitism; it would have been the first American city to pass such a resolution.

The paper also credited the Palestine Solidarity Committee’s campus activism, which this week has included a “Wall of Resistance” installation on Harvard Yard; campus visits from controversial Jewish pro-Palestinian academic activists Noam Chomsky and Norman Finkelstein (the latter of whom opposes BDS); and social justice-themed panels on “Black Palestinian Solidarity” and “Queer Palestinian[s].”

As at most newspapers, the Crimson’s editorial board is separate from its news division. Its nearly 90 members meet three times a week to debate and decide on positions to take, and editorials reflect a majority view but not a complete consensus, according to its website.

On the news side, the current Crimson staff has at least one Jewish editor: news editor Natalie Kahn, who is also the student president of Harvard Hillel. In her capacity at Hillel, Kahn was quoted in the Crimson criticizing the wall installation, calling it “disgusting” and helping to organize a “Stand with Israel Rally” on campus to oppose it.

The Crimson’s editorial chairs did not return Jewish Telegraphic Agency requests for comment by press time.

Kahn told JTA that she was encouraging students and alumni to write their own op-eds in response to the editorial, which she believes “is very disheartening and hurtful to Jewish and pro-Israel students on campus.”

But, she added, the piece “should be looked at not as [a] problem specific to The Crimson but only symptomatic of a larger trend among the student body toward BDS and toward action to undermine and in some cases eliminate the State of Israel.” Therefore, she said, “our focus as a community should not be on The Crimson but on combatting anti-Israel sentiment on campus at large.”

An op-ed published Sunday by Jewish Harvard students criticized the wall installation but did not mention the Crimson’s editorial.