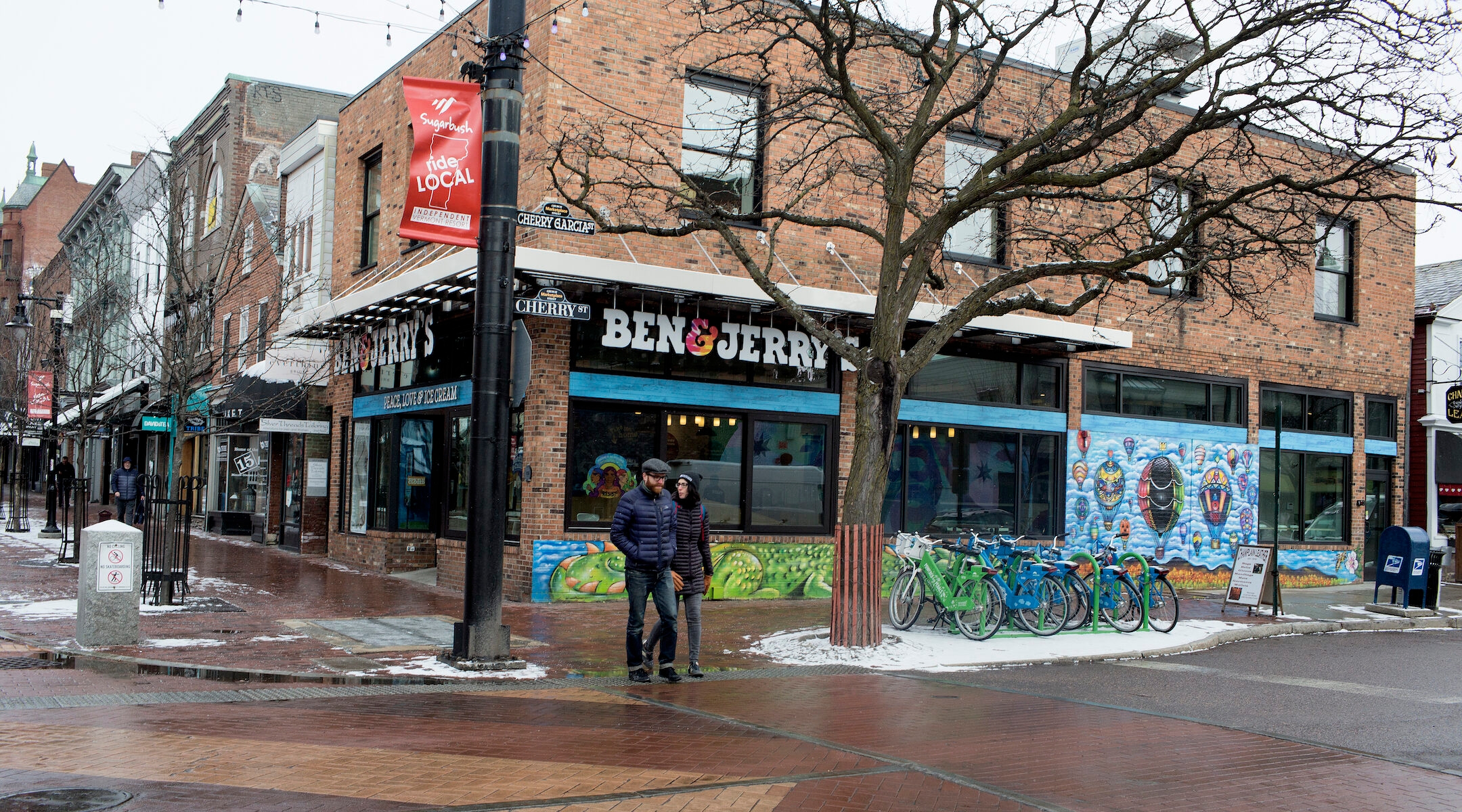 (JTA) — The sponsor of a bill that would have made Burlington, Vermont, the first city in America to divest from Israel is withdrawing his legislation, citing concerns that it would promote antisemitism.

Councilmember Ali Dieng, who sponsored the resolution, said Monday afternoon that he would withdraw it at the council meeting scheduled for the same evening, and refer the resolution for reconsideration at the council’s racial equity committee. The city’s Jewish mayor also publicly expressed concerns about the resolution.

Dieng told the Jewish Telegraphic Agency that conversations he had with community members in recent days changed his mind and led him to believe that BDS is “one-sided” and that it contributes to antisemitism.

“A lot of community members who are Jewish have been experiencing antisemitism for a very long time and I didn’t know about it,” he said in an interview. “We are a small community and I want to make sure everyone feels safe. Many people [who supported the resolution] are not happy with me, but I think it is the right thing.”

Dieng also said that, going forward, he would like to avoid focusing on international issues at the expense of local concerns.

“My focus as an elected official should be on here first,” he said.

Dieng’s reversal came moments after Burlington Mayor Miro Weinberger came out with a statement opposing the resolution. Weinberger, who is Jewish, has the power to veto council resolutions, but he didn’t specify whether he intended to use it on the BDS measure.

“While I support efforts to advance full equality and human rights for all and am deeply troubled by the current status of Israeli-Palestinian relations, I cannot support the Resolution that has been submitted to the City Council for action tonight,” Weinberger said in the statement. “Specifically, I oppose the boycott, divestment, and sanctions (BDS) movement that seeks to weaken and delegitimize an important and long-standing partner of the United States, the democratic State of Israel.”

Weinberger also criticized the timing of the vote on the resolution, which would have fallen between the sacred days of Rosh Hashanah and Yom Kippur.

Cities such as Berkeley, California, and Portland, Oregon, have voted to divest from certain companies targeted by BDS activists, but no city has voted to support the BDS movement as a whole. In May, the City Council of Cambridge, Massachusetts, voted down a resolution that would have formally discouraged municipal contracts with certain companies that do business with Israel.

The proposed, nonbinding resolution in Burlington explicitly endorsed the movement’s tenets around land, citizenship rights and the rights of Palestinian refugees and their descendants to return to areas they lived in prior to the 1948 formation of the State of Israel.

In the lead-up to the anticipated vote, many leaders of the state’s roughly 7,100-member Jewish community organized to defeat the resolution. They sent letters, authored petitions, and hired a communications firm.

Tobie Weisman, director of Jewish Communities of Vermont, attacked BDS in a press release, saying it stoked “divisiveness.” Avi Zatz, a Jewish student leader at the University of Vermont, located in Burlington, said in the same release that the resolution would make it harder to be Jewish on campus. In May, a supportive Instagram message from UVM Hillel directed at Jewish students on campus was met with “vulgar and damaging” comments and prompted a conversation with the university’s Bias Response Team, UVM Hillel said.

Rabbi Amy Joy Small at Ohavi Zedek Synagogue in Burlington said in the statement that criticism of Israel by BDS advocates crosses the line into antisemitism.

“The language and tones of the resolution and the BDS movement show themselves to be a new form of antisemitism,” Small said in a statement. “Even when Jewish organizations are critical of Israel, there is a shared understanding that this is in the context of concern and love for the Jewish people.”

Some are skeptical about Dieng’s change of heart and plan to attend the city council meeting just in case.

“You never know what’s going to happen last minute with politicians,” Zatz said in an interview.

Vermont is the site of an important related battle involving the movement to boycott Israel. In July, the state’s world-famous ice cream maker, Ben & Jerry’s, announced it would stop selling its products in Israeli settlements in West Bank. The company said its decision was not a boycott of Israel, where it would continue to operate, but a rebuke of Israeli policy toward Palestinian land.

Many BDS activists praised the move, while pro-Israel advocates called on Ben & Jerry’s to reverse what they considered an unjust decision that demonizes Israel and results in antisemitic violence in the United States. On Friday, Arizona became the first state to formally divest from Ben & Jerry’s parent company Unilever over the decision.