In Antwerp, haredi Orthodox Jew overpowers and tackles his attacker 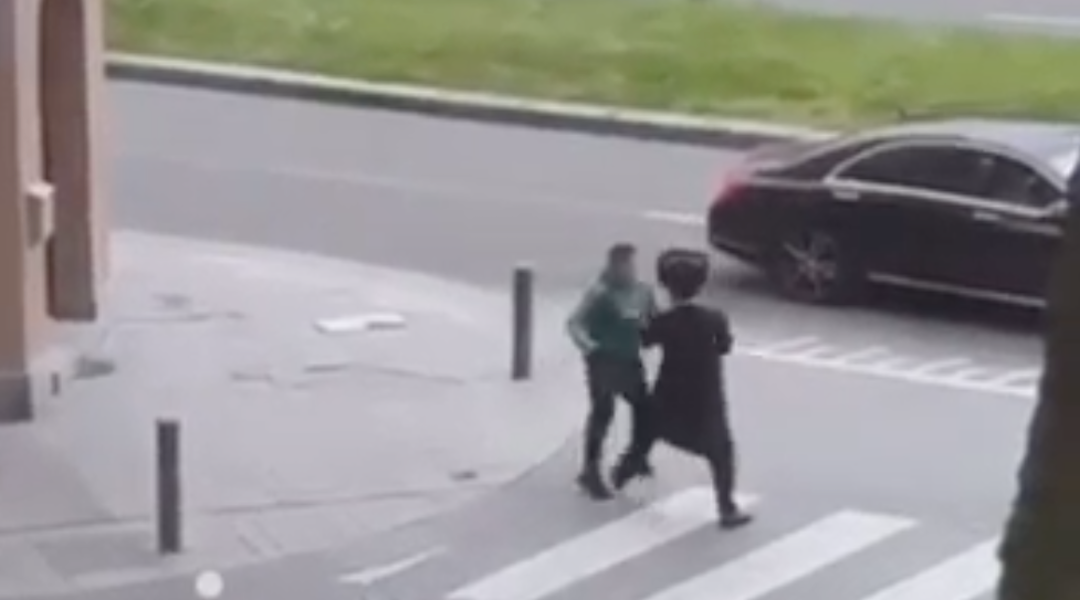 A haredi Orthodox man fights back against an attacker in Antwerp, Belgium, May 1, 2022. (Screenshot from Jewish Breaking News)
Advertisement

(JTA) — It began like countless other antisemitic incidents in Antwerp: A man shouted insults and made threatening gestures at members of the Belgian city’s large Orthodox Jewish community.

But the incident on Sunday near the city’s central railway station took an unexpected turn.

After the alleged perpetrator appeared to swing his arm to hit a Jewish man in haredi Orthodox garb, the would-be victim lunged back and overpowered his attacker, holding him down on the ground until police took the suspect into custody.

The attack, which the Shomrim Jewish community security unit said was antisemitic in nature, was filmed from a nearby balcony by a group of men, one of whom is heard saying excitedly: “They’re going to fight.”

Police arrived at the scene while the suspect was pinned down and arrested him, a spokesperson for Shomrim told the Jewish Telegraphic Agency.

The spokesperson, who declined to state his name, also declined to provide any information on the men shown in the video.

He did say that at least 20 antisemitic incidents of a similar nature have occurred this year, “and this has made Antwerp’s Jewish community much more vigilant to these occurrences.”

Antwerp has about 18,000 Jews, most of them haredi Orthodox.