Bennett says Putin apologized for his deputy’s remarks on Nazis 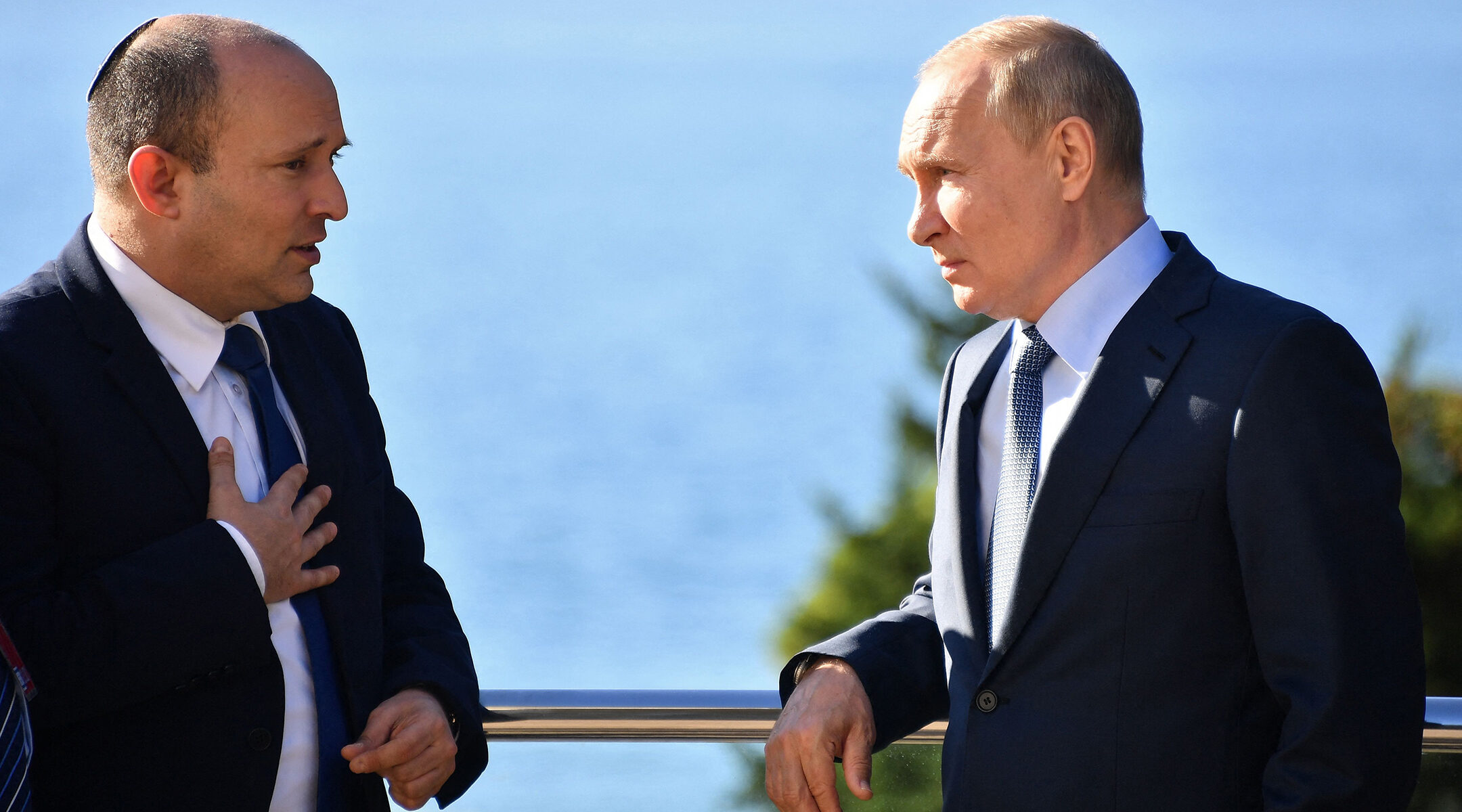 The purported apology came four days after Russian Foreign Minister Sergei Lavrov stated that it was possible for Nazi ideologies to flourish in Ukraine because “in my opinion even Hitler had Jewish origins,” and “the biggest antisemites are Jewish themselves,” in reference to Ukrainian President Volodomyr Zelensky, who is Jewish. Lavrov had made the comments as part of a justification for his country’s invasion of Ukraine, which Russia maintains is for the purposes of “de-Nazifying” it.

Lavrov had provoked international outrage with his comments, which he made to Italian television. U.S. Senate Majority Leader Chuck Schumer, who is Jewish, called the Zelensky-Hitler comparison “sickening” and antisemitic. Russia’s own chief rabbi, Berel Lazar, told the Jewish Telegraphic Agency that “it would be nice if [Lavrov] apologized to the Jews” — a rare direct critique of the country’s top officials from the head of its Jewish community.

Israel was also displeased with the comments, with Foreign Minister Yair Lapid calling them “unforgivable.” Undaunted, Lavrov then accused Lapid of being “anti-historical” and Israel of supporting a Ukrainian “neo-Nazi regime.”

Bennett’s office said he had accepted Putin’s apology over comments that had appeared to widen a growing rift between Israel and Russia.

“The Prime Minister accepted President Putin’s apology for Lavrov’s remarks and thanked him for clarifying his attitude towards the Jewish people and the memory of the Holocaust,” Bennett’s office said in a release about the call.

The Kremlin’s own account of the phone call made no mention of an apology, or of Lavrov’s comments.

Both parties said they had discussed the evacuation of civilians from the Azovstal steel plant in the Ukrainian city of Mariupol, which has been under deadly siege from Russian forces amid its ongoing war with Ukraine. Putin also expressed best wishes to Bennett on the occasion of Israel’s 74th Independence Day, Yom Ha’aatzmaut, according to both parties.

Zelensky, meanwhile, spoke to Bennett on Wednesday, a conversation that Bennett’s office said had prompted the prime minister’s request to Putin for humanitarian evacuation corridors. Zelensky also gave an interview to Fox News in which he reacted to Lavrov’s Hitler comments by comparing Russia to Nazi propaganda minister Joseph Goebbels.

“They are following the same concept of Goebbels and using the same methodology. And the reaction, I think, is still weak in the world to these phrases of Lavrov,” Zelensky told Fox News via a translator.

Israel has been playing negotiator between Russia and Ukraine as one of the few Western nations with good ties to both, and Bennett has been reluctant to heavily criticize Russian actions during its protracted invasion.