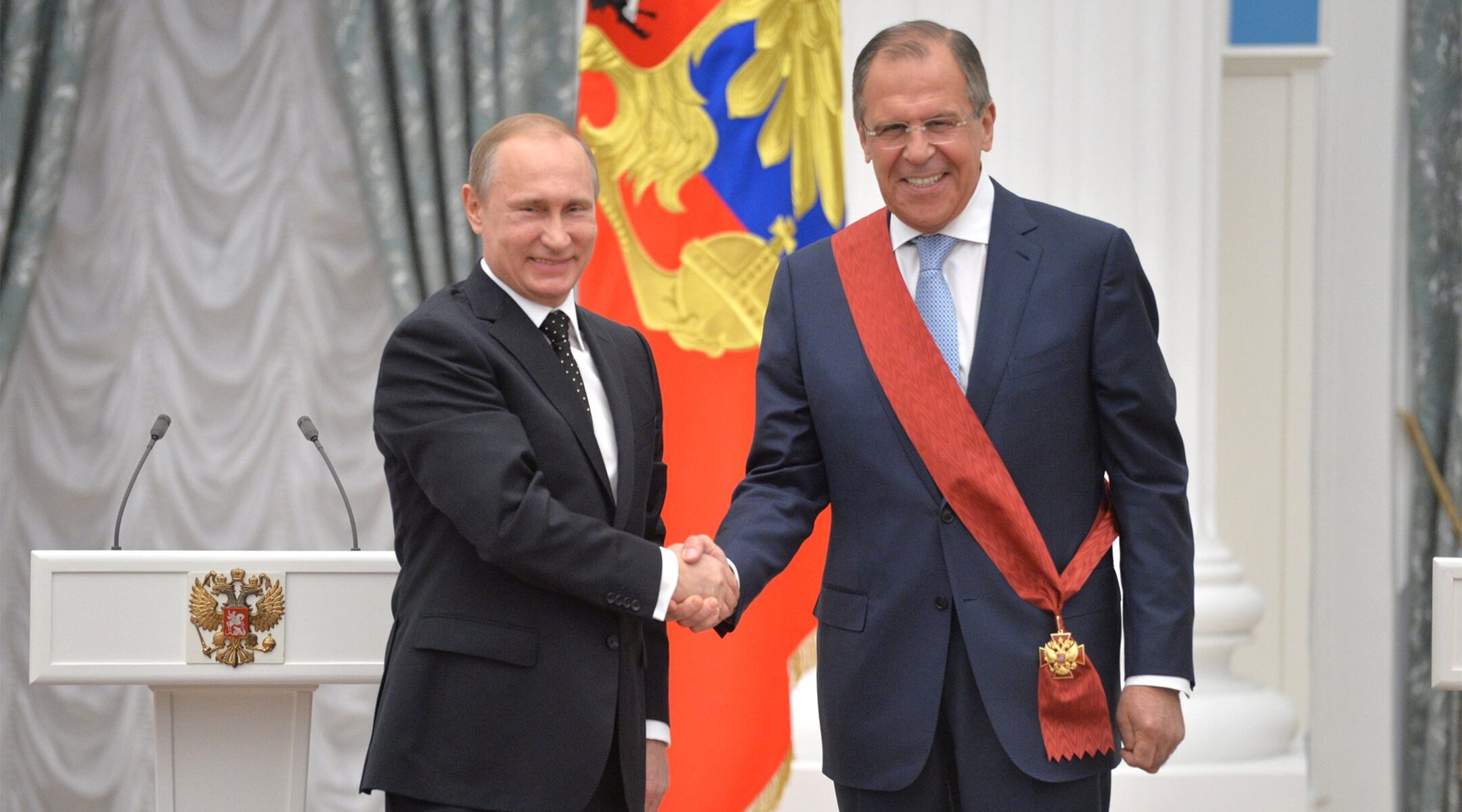 (JTA) — The fact that Ukraine’s president is Jewish has hurt the credibility of Russia’s claims that it invaded Ukraine on Feb. 24 to “de-Nazify” it.

Russian Foreign Minister Sergei Lavrov tried to boost his country’s argument during an interview with an Italian television channel on Sunday, by saying he said he believed Adolf Hitler also had Jewish origins and that Jewish sages say the biggest antisemites are Jewish themselves.

Lavrov said this during an interview with Italy’s Channel 4, a commercial broadcaster, according to the simultaneous translation to Italian of remarks he made in Russian.

Asked whether he regards Ukrainian President Volodymyr Zelensky as “an obstacle to peace,” Lavrov spoke about the prevalence of pro-Nazi ideologies in the ranks of some Ukrainian military units and then broached the subject of Zelensky’s Jewish identity without being asked to comment on it.

“When they say that Nazification cannot exist if there are Jews [in charge]: In my opinion even Hitler had Jewish origins so it means absolutely nothing,” Lavrov said. “Jewish wise people said already a long time ago that the biggest antisemites are Jewish themselves.”

Multiple journalists and writers have claimed that Hitler may have had Jewish ancestry. According to one unconfirmed theory, Hitler’s paternal grandmother, Maria Schickelgruber, became pregnant with Hitler’s father, Alois, with a Jewish man named Leopold Frankenberger in whose house she allegedly had worked as a maid.

Lavrov’s remark prompted multiple condemnations by Israeli officials, including Foreign Minister Yair Lapid, who reportedly summoned Russia’s ambassador to Israel for a “tough talk” over the comments. Despite its criticism of the war in Ukraine, Israel has maintained an uneasy alliance with Russia, at times acting as a mediator for peace negotiations.

“Lavrov’s remarks are both inexcusable and scandalous and also a terrible historical error,” Lapid said in a statement on Monday. “The Jews did not murder themselves in the Holocaust. The lowest form of anti-Jewish racism is to blame Jews of antisemitism.”

“The aim of such lies is to blame the Jews themselves for the most terrible crimes in history that were committed against them, thus freeing from responsibility the oppressors of Israel,” Prime Minister Naftali Bennett said in a statement.

“To claim that Hitler was Jewish and imply that Jews were responsible for Nazism and the Holocaust is an antisemitic lie of extraordinary proportions,” Museum Chairman Stuart E. Eizenstat said in a statement.