Dozens of arrests but no casualties reported after Jerusalem Day clashes 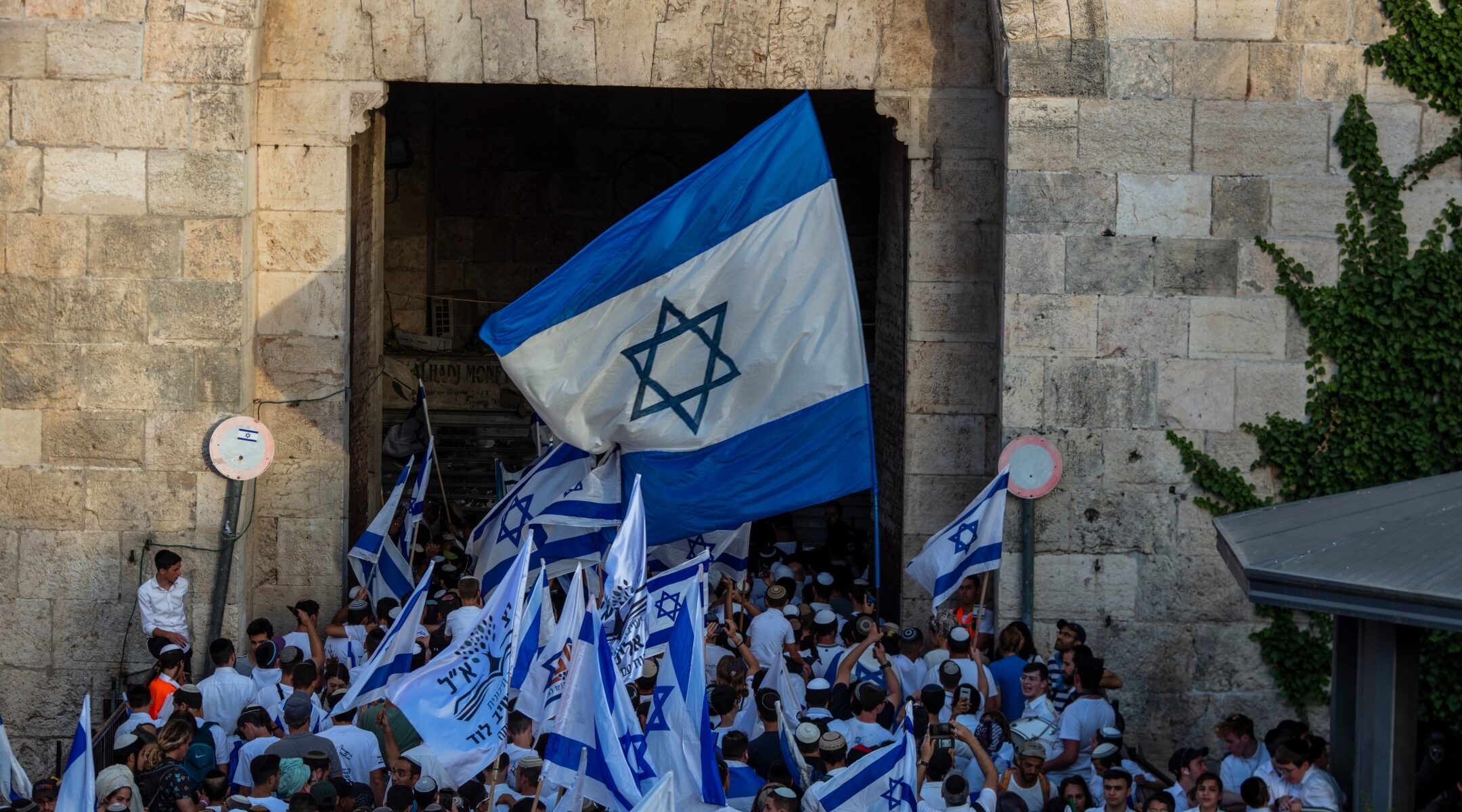 (JTA) — Jewish extremists shouted racist slogans and clashed with Palestinians during a heavily policed Jerusalem Day march, but there were no major injuries at an event that last year was among the spurs to a deadly conflict.

Police said 50,000 Jews marched through the Old City on Sunday, Jerusalem Day, the Hebrew calendar anniversary of Israel’s capture of the area in the 1967 Six-Day War. A record 2,600 Jews visited the Temple Mount, the holiest site in Judaism, which is also the sight of a mosque enclave among the holiest in Islam.

A number of the Jewish marchers shouted “Death to Arabs”, reports said, and “may your villages burn.” Some Palestinians rushed the marchers, and there were fights. There were reports of minor injuries. Media reported police arrested about 50 people, most Palestinians.

The day culminated with tens of thousands of Jews dancing at the Western Wall, the Jewish holy site that is adjacent to the Temple Mount.

Israeli Prime Minister Naftali Bennett said he would not tolerate Jewish extremists who tried to provoke a conflict and had instructed police to arrest rioters. “The overwhelming majority of participants have come to celebrate but unfortunately there is a minority that has come to set the area ablaze, take advantage of the government’s strong position against Hamas threats, and trying to use force in order to ignite a conflict,” he said.

A number of marchers hoisted Israeli flags when they reached the Temple Mount, something that Hamas, the terrorist organization controlling the Gaza Strip, had warned could provoke rocket attacks. Israel’s Iron Dome antimissile system reportedly is on alert.

Hamas used the planned Jerusalem Day celebration last year as among its pretexts for launching rockets into Israel, sparking an 11-day conflict in which more than 230 Palestinians and 12 Israelis were killed.

Bennett, whose governing coalition is hanging by a thread, is eager to stem tensions ahead of a visit next month by President Joe Biden. The region has been roiled by a spate of deadly Palestinian terrorist attacks and unsettled by Israel’s recent announcement of new settlement building.