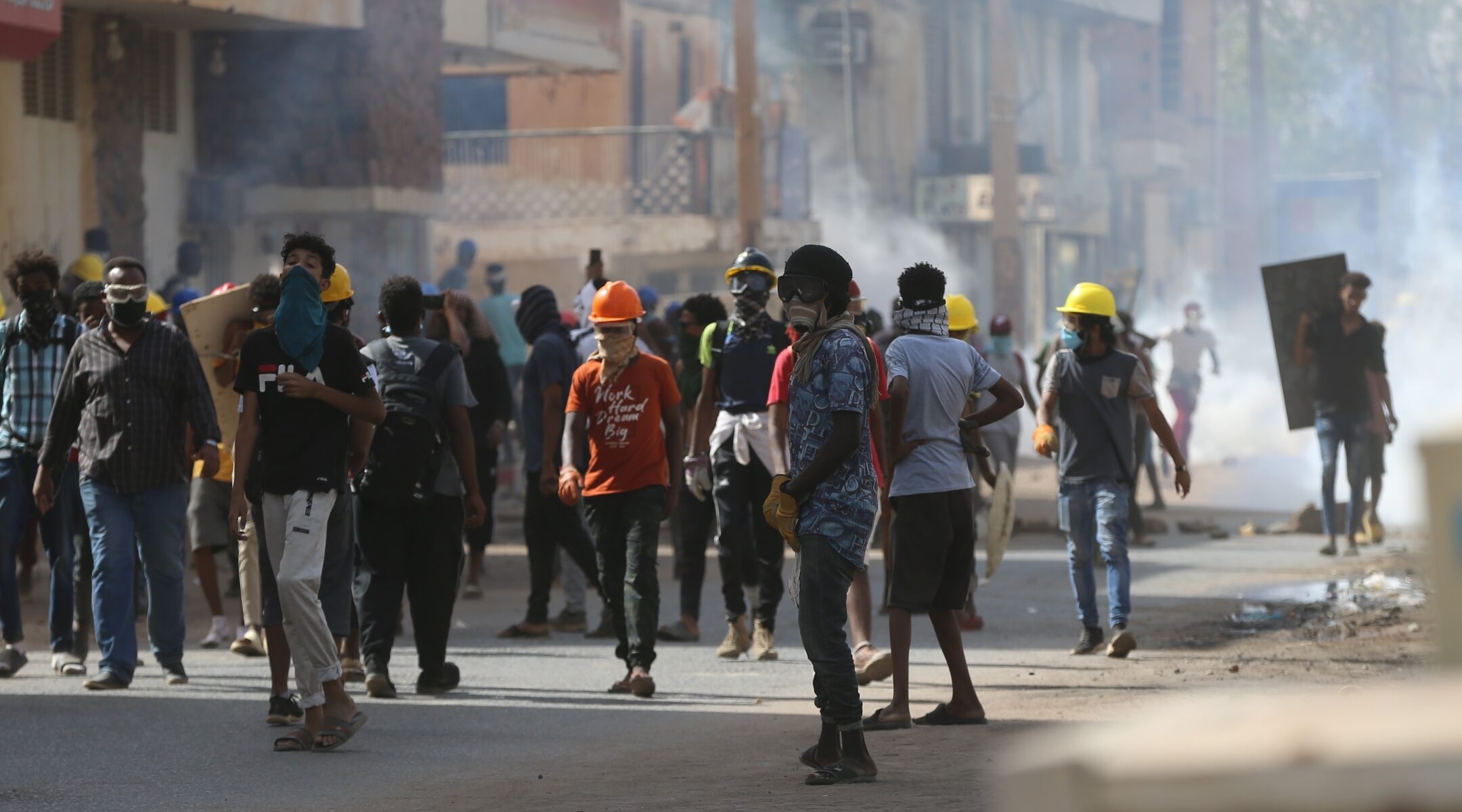 WASHINGTON (JTA) — The Biden administration has suspended assistance to Sudan, including assistance related to its normalization deal with Israel, and wants Israel to call out the bloody coup that removed the country’s civilian government last year.

“The United States is not moving forward at this time with assistance originally committed to Sudan’s civilian led transitional government in connection with its efforts to improve Sudan’s bilateral relationship with Israel,” a State Department spokesman said in an email Friday in response to a query. “This includes wheat shipments and certain development and trade and investment assistance.”

The spokesman noted that the United States also suspended foreign assistance unrelated to the Abraham Accords, the normalization agreements between Israel and four Arab states, because of the coup. He said the Biden administration expected Israel to join in the call for a return to a democratically elected government.

Israel has not commented on the situation, and a minister in the former civilian government said in Haaretz last month that this will be seen as backing for the coup.

The Trump administration in its final months brokered normalization agreements between Israel and the United Arab Emirates, Morocco and Bahrain, as well as Sudan. The full agreement with Sudan has yet to come to full fruition because of instability in the country.

The Biden administration, in one of its few areas of agreement with its predecessor, has committed to advancing the Abraham Accords.

“As for the Abraham Accords, as we’ve said, they are a positive development that have had clear benefits for Israel and the region,” said the spokesman, who spoke on condition that he not be named, as is State Department custom. “The United States will continue to look for opportunities to engage with Israel and other countries to normalize relations and expand cooperation.”