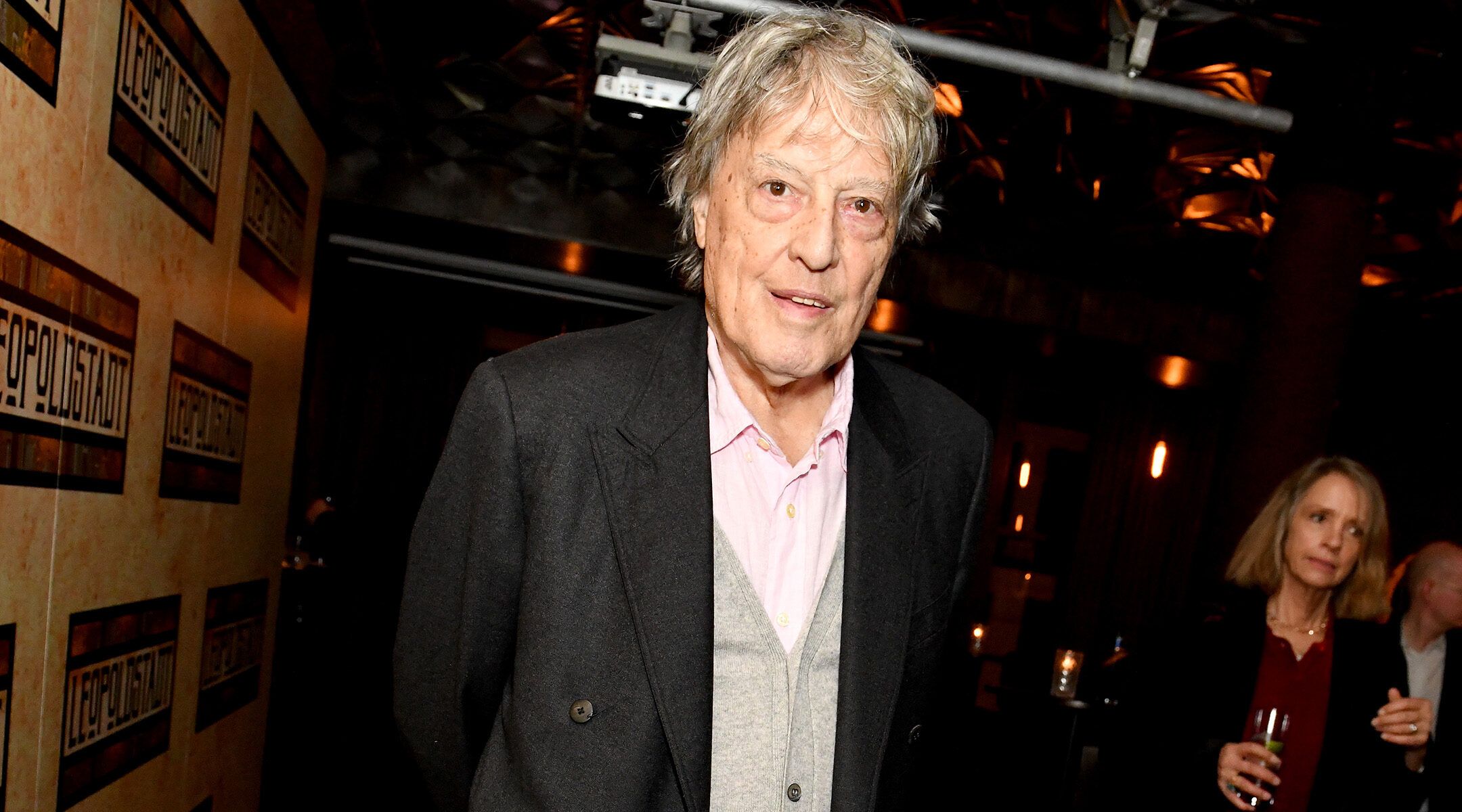 Tom Stoppard attends the after party of the press night performance of "Leopoldstadt" at the Century Club in London, Feb. 12, 2020. (David M. Benett/Dave Benett/Getty Images)
Advertisement

(JTA) — Tom Stoppard’s “Leopoldstadt,” a work for which the acclaimed playwright mined the Jewish heritage he discovered later in life, is heading to Broadway.

Named after Vienna’s Jewish ghetto during World War II, “Leopoldstadt” tells the story of 50 years in the life of one wealthy intermarried family in the early part of the 20th century. It will premiere at the Longacre Theater in September.

Stoppard, born Tomas Straussler, didn’t discover his Jewish ancestry until the 1990s. His non-observant family fled their native Czechoslovakia during World War II to Singapore, and then left to India after Japan began attacking there. Stoppard’s father was killed by a Japanese bomb.

Stoppard has won multiple Tony and Academy Awards for writing lauded stage plays such as “Rosencrantz and Guildenstern Are Dead” and Hollywood films such as “Shakespeare in Love.” A private figure, Stoppard has rarely discussed his Jewish identity in public.

His son Ed starred in a London production of the play, which debuted in 2020.