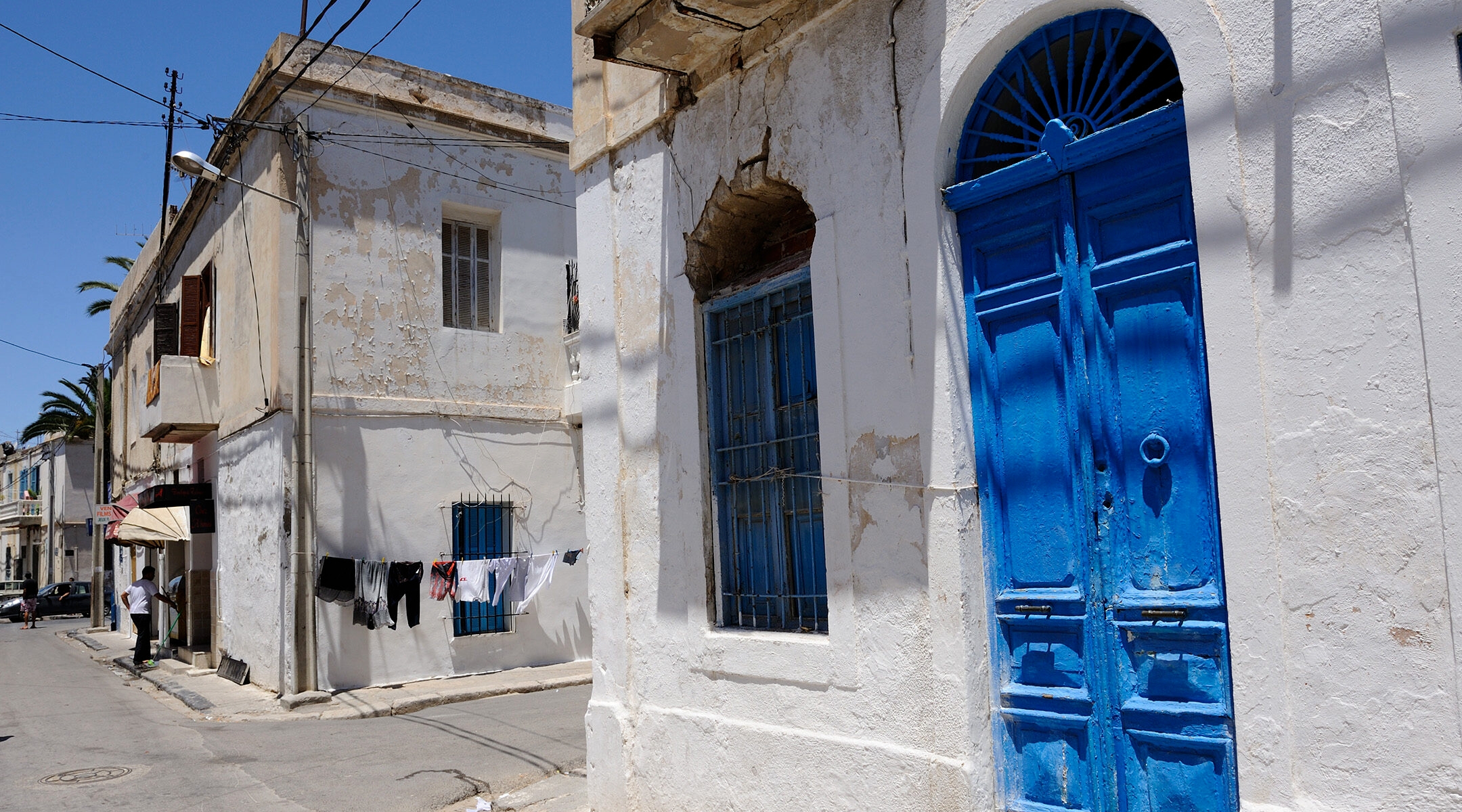 Residents walk along the streets of Tunis, May 15, 2015. (Frédéric Soltan/Corbis via Getty Images)
Advertisement

(JTA) – Two policemen standing guard at the Grand Synagogue in the center of the Tunisian capital of Tunis were stabbed on Thursday.

It is not clear whether anyone was in the synagogue at the time of the attack, AFP reported.

The suspect, who was imprisoned in 2021 over a terrorism case and has since been released, wounded the officers but was overpowered.

While the country’s current Jewish population is estimated at around a thousand, Tunisia once had a booming Jewish community of around 100,000. The population started dwindling after the nation won independence from France in 1956 and state-tolerated violence against Jews proliferated following Israel’s victory over its neighbors in the 1967 Six-Day War.