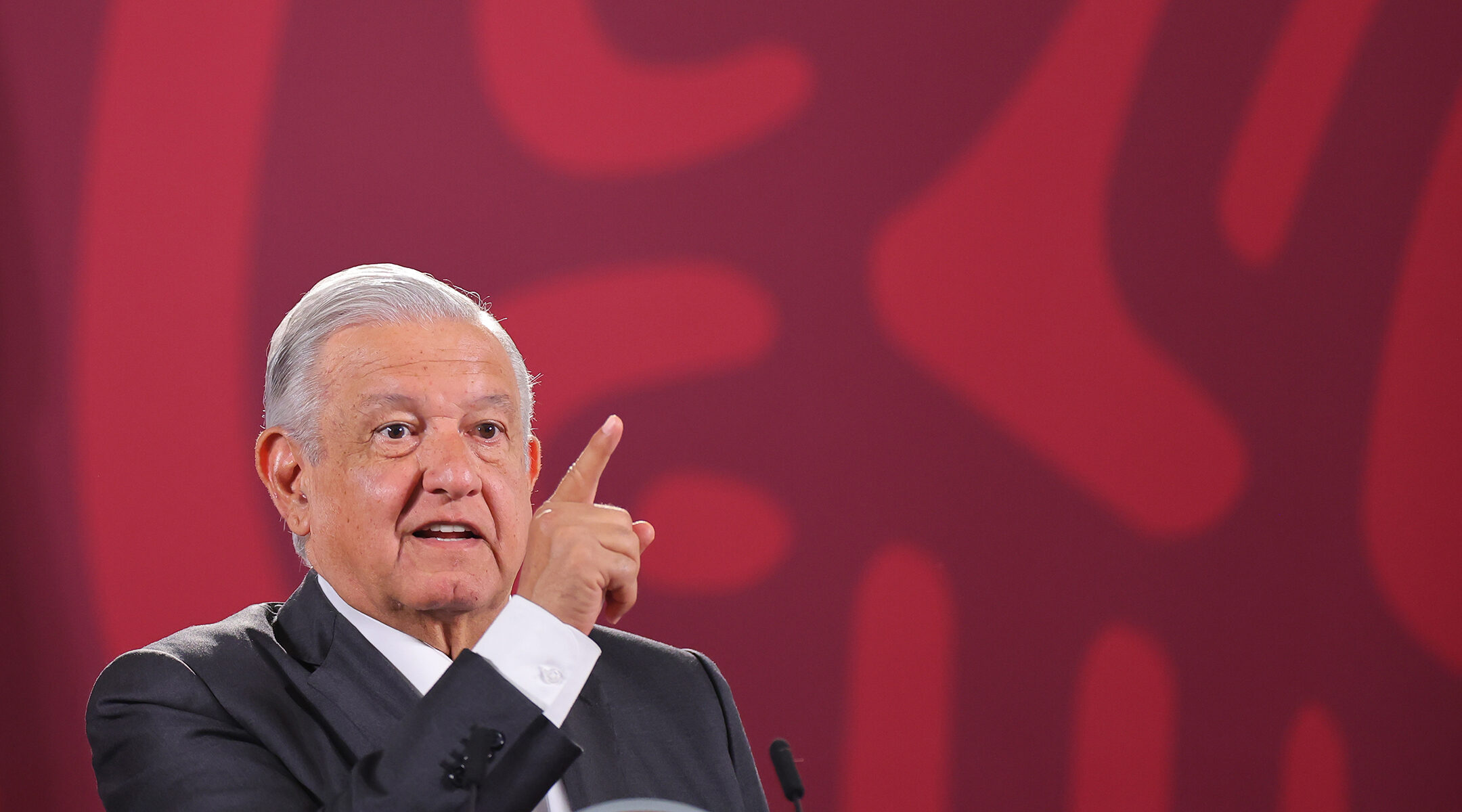 (JTA) – Mexico’s president doubled down on calling a Jewish critic of his administration “Hitlerian,” prompting protests from representatives of his country’s Jewish community.

President Andrés Manuel López Obrador, a left-leaning politician, had on Wednesday called Carlos Alazraki “extremely conservative, like Hitlerian” after the journalist criticized the government’s handling of immigration from Venezuela. Alazraki said the government is letting in undocumented foreigners without vetting them, though the government denies this, according to the El Pais newspaper.

Alazraki is the owner of an advertising agency and frequent contributor to various media outlets in Mexico.

The Central Committee of the Jewish Community in Mexico, or CCCJM, in a statement Wednesday wrote that: “Any comparison with the most bloodthirsty regime in history is regrettable and unacceptable.”

But on Thursday, Obrador doubled down on the Hitler analogy, saying during another press conference that Alazraki “is a follower of Hitler’s thinking.” The methods of the Nazi propaganda chief Joseph Goebbels is “the essence of Alazraki’s publicity or propaganda strategy,” said the president, who has regularly invoked Goebbels when seeking to discredit his critics.

Obrador also said that he has had longstanding differences of opinion with Alazraki but expressed respect for the Jewish community.

“I have very good friends in the Jewish community,” he said.