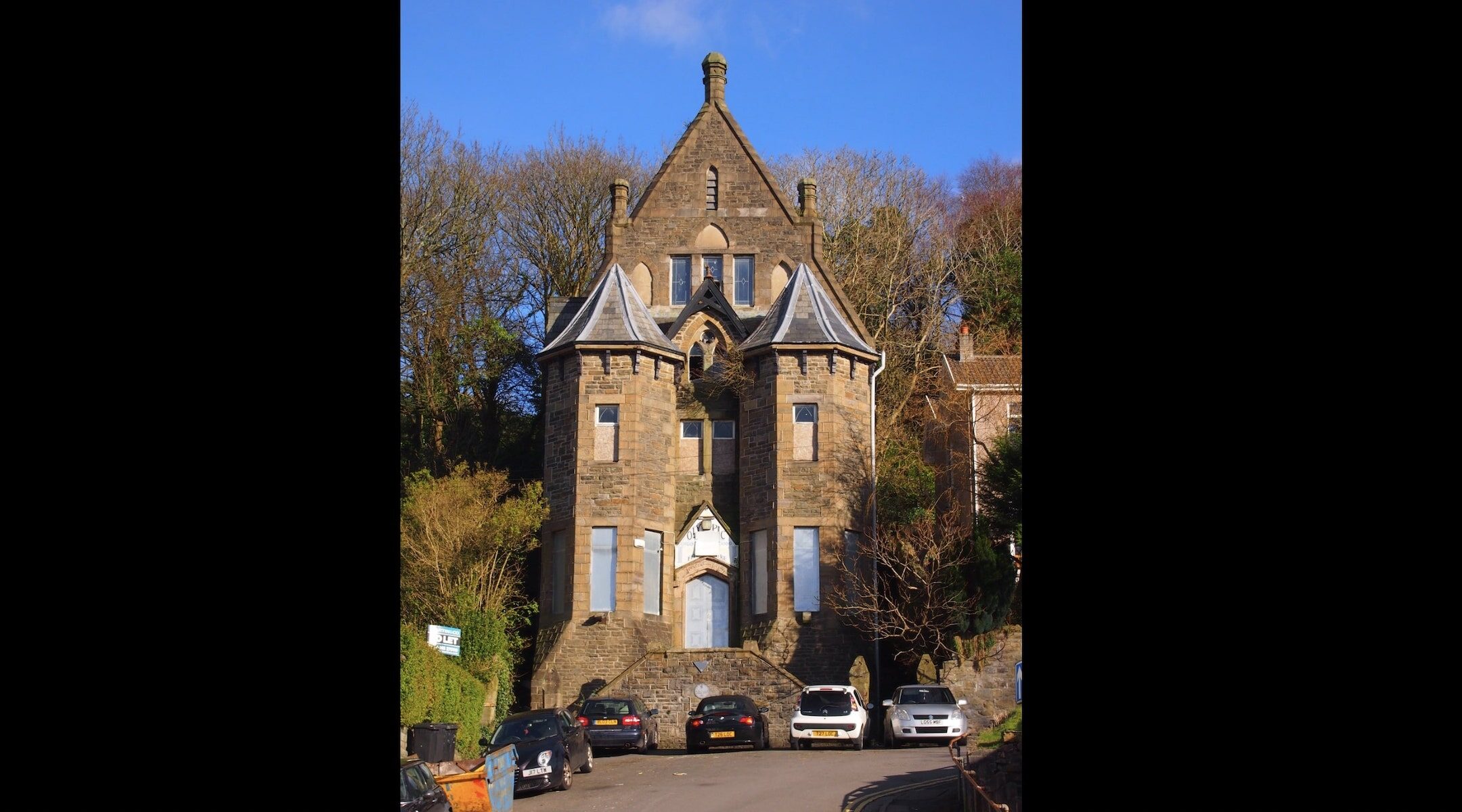 The Merthyr Tydfil synagogue, which opened in 1877, has been out of use since 2006. (Chris Andrews/Wikimedia Commons)
Advertisement

(JTA) — The Welsh and British governments are giving a Jewish heritage organization over $600,000 to open a Jewish cultural center at a historic former Welsh synagogue.

The Foundation for Jewish Heritage, a British group that researches, advocates and restores Jewish heritage sites across Europe, announced Tuesday that it will receive the funds from the National Lottery Heritage Fund (NLHF), which is administered by the British government, and the Welsh government’s Transforming Towns program to begin a development phase.

The Foundation bought the Merthyr Tydfil synagogue building in 2019 with the plans of creating the first museum devoted to the history of Jews in Wales.

The synagogue was opened in 1877, when an influx of Central and Eastern European Jewish immigrants to South Wales necessitated a second synagogue in the area.

However, as the local industrial economy declined into the latter part of the 20th century, so did the local Jewish population. With no one to fill it, the synagogue was officially sold in 1983. It had various purposes over the years, but was classified as so deteriorated in 2006 that it has been out of use ever since.

Dame Helen Hyde, chair of the Foundation for Jewish Heritage, said that the new center will “tell the remarkable story of the Welsh Jewish community while also tackling important issues within our society of today.”

The 2011 national census, the last official estimate of the Jewish population of Wales, reported 2,064 people. Today the number is believed to be in the hundreds. The closest active synagogue to Merthyr Tydfil is in Cardiff.