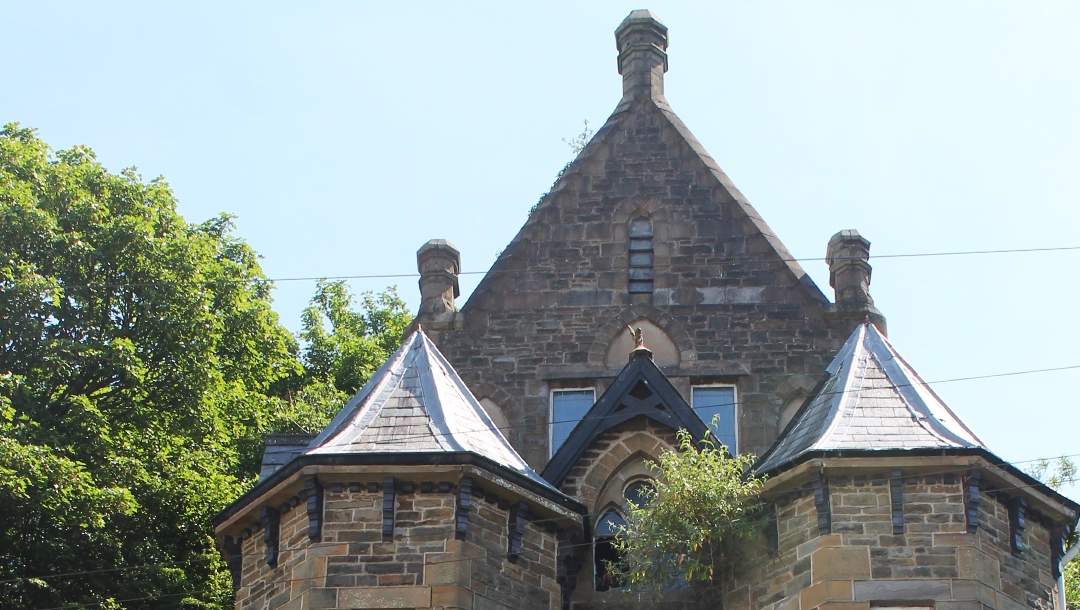 The former synagogue of the Merthyr Tydfil in Wales, the United Kingdom. (Courtesy of the Foundation for Jewish Heritage)
Advertisement

(JTA) — Since 2006, the only occupants of the United Kingdom’s spectacular Merthyr Tydfil Synagogue have been bats, as it crumbled away into disrepair.

Now, preservation activists in London have bought the unique building in Merthyr Tydfil in Wales that used to house a once-vibrant synagogue with plans to open there the first major museum of the history of the Jews of Wales.

The Foundation for Jewish Heritage announced on Thursday that it had purchased for an undisclosed amount the Victorian stone structure, which was built in 1872 in Gothic Revival style.

The building, which last functioned as a synagogue in 1983, is considered one of the United Kingdom’s most important and has been awarded Grade II listed status out of three distinctions ranked in ascending order of significance.

The tall and narrow building, whose imposing double spires form a vestibule of sorts in front of the main hall, used to be the heart of a community with some 400 members in the first half of the 20th century.

But it fell into disuse as the population of the Jewish communities of Britain gradually reconsolidated itself, at the expense of far-flung congregations, around the three main cities of London, Manchester and Newcastle.

It was sold in 2006 and has not been used since. The Foundation for Jewish Heritage snapped it up after it went on sale again recently, Michael Mail, the Foundation’s chief executive, said in a statement.

His organization is now looking for funding to renovate the building with help from the Merthyr Borough Council, the local municipality, he wrote.