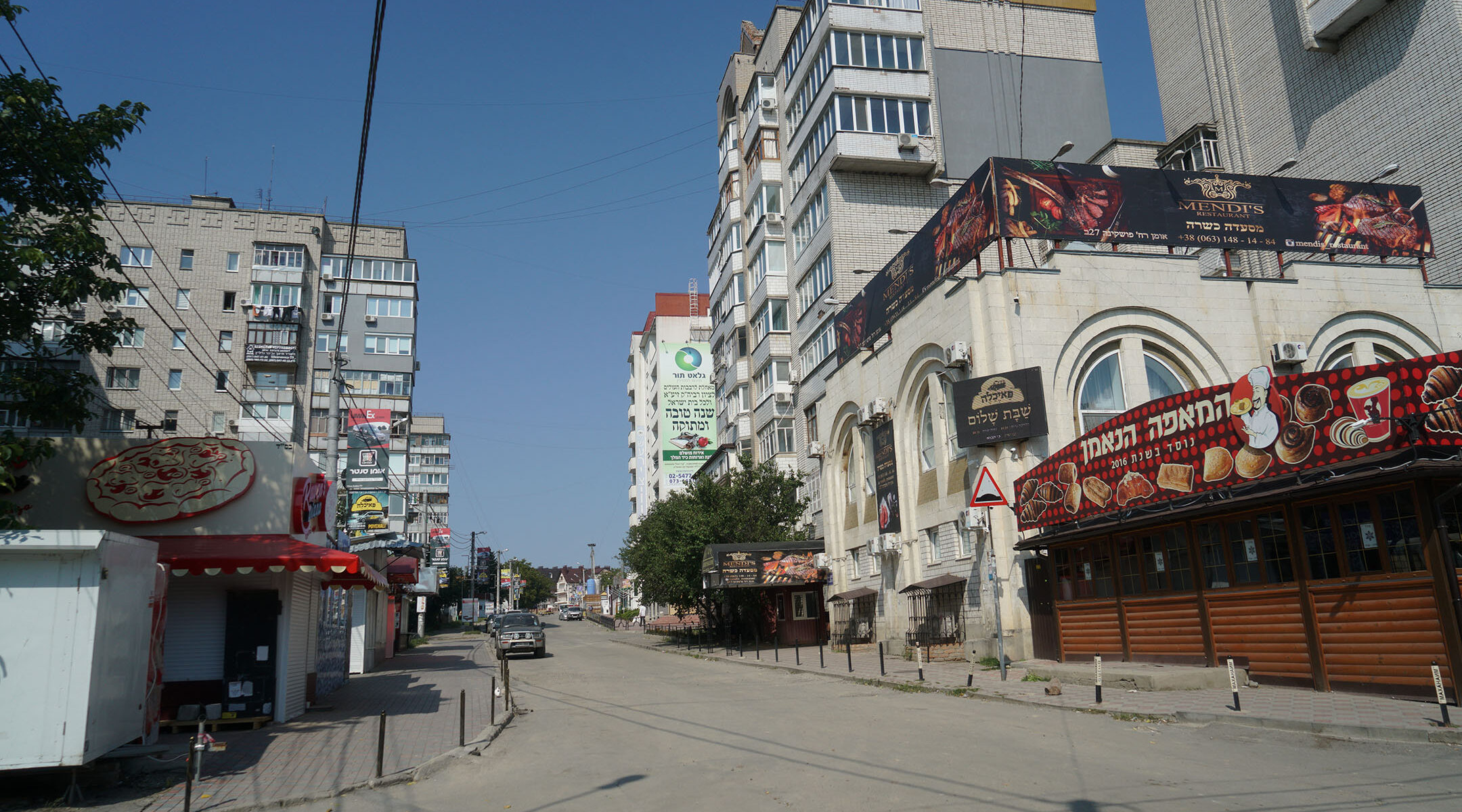 A view of Pushkina Street in Uman, Ukraine on Sept. 8, 2017. (Cnaan Liphshiz)
Advertisement

(JTA) — More than four months into its devastating war against Russia, Ukraine is sending a new message to the world’s Jews: Don’t come here for Rosh Hashanah.

Tens of thousands of Jews flood into Uman, a central city that is home to the grave of Rabbi Nachman of Breslov, a 18th-century Jewish luminary, annually for the Jewish new year. Even in the first year of the pandemic, when global travel ground to a halt and the gathering was officially banned, Jewish pilgrims sought to make their way to Uman.

This year, their security cannot be guaranteed, Ukraine’s ambassador to Israel, Yevgen Korniychuk, said in a statement posted Thursday on the embassy’s Facebook page.

“Due to concerns for the lives and well-being of the visitors to Ukraine and in light of the blatant Russian war in our country, despite all efforts, we can not guarantee the security of pilgrims and do not currently allow tourists and visitors to enter Ukraine,” Korniychuk wrote.

The statement did not say whether it constitutes an official ban on traffic into Ukraine, which receives thousands of arrivals daily through its land borders with Poland, Romania, Hungary, Slovakia and Moldova. Israelis and Jews from the around the world have been among those entering the country to provide aid and respite to war refugees, who are now estimated to number more than 6 million just within Ukraine’s borders.

Korniychuk exhorted would-be pilgrims to pray for the end of the war, which began when Russia invaded Ukraine on Feb. 24.

“Your prayers are important to us. Please pray that before Rosh Hashanah, the war in Ukraine, which broke out due to blatant and cruel Russian aggression, will come to an end and pray for the victory of Ukraine,” he wrote.

“We hope that the prayers will be fulfilled, and that Ukraine will once again be a country that generously receives visitors from Israel, and especially Jews who come to Ukraine to visit the graves of the righteous.”