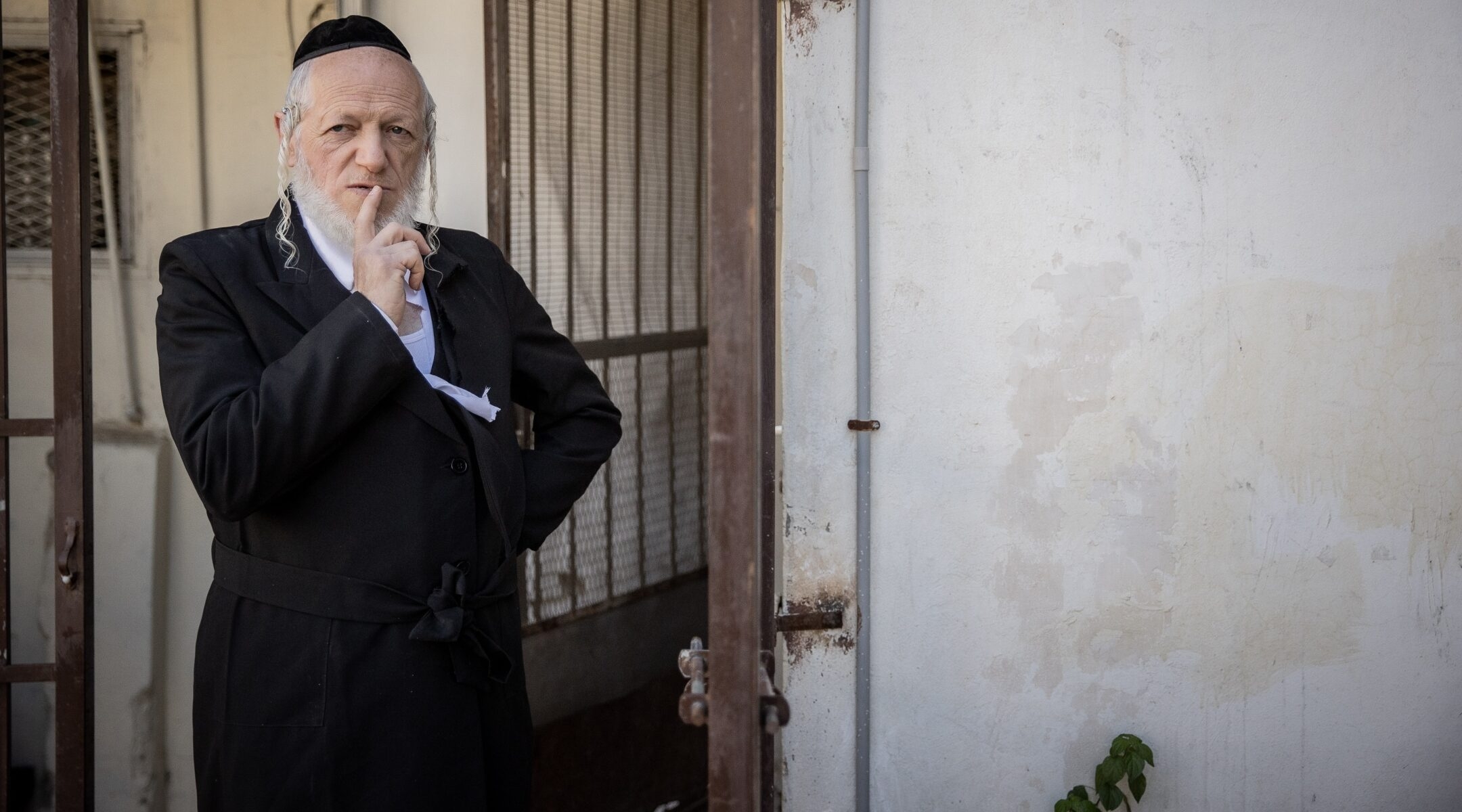 (JTA) — You knew Yehuda Meshi Zahav, or you knew of him. But really, it seemed as if you knew him, because he interacted with everyone he encountered with an immediate intimacy, a shared purpose, however much his cause ultimately meant your disappearance.

And whoever you were, he would rush up to you and share an insight about the police on the horses, he would explain how best to avoid them like he was sharing an intimacy, and then he would rush away. In Jerusalem’s plain light, he never seemed angry, just determined.

Because this was Jerusalem, a small town populated by legions of hatreds and no solitudes, but also by men and women who shared its streets and heat and somehow got along. The thick squat buildings in Meah Shearim bled into the British Mandate behemoths downtown bled into the arched Ottoman palaces in Sheikh Jarrah and the people who hated the idea of you were also your companions in arms.

You were not the enemy, not you, running for awnings in winter rains and in summer heat, next to me at the bus stop, jostling alongside me on Yafo, in front of me while I waited my turn to pay a bill at the post office.

The idea of you was the enemy, and that’s what Yehuda Meshi-Zahav seemed to embody, the hatred of an idea, a boy in thick black cloth who moved like a horse in Jerusalem’s dry white heat, who leapt from the haredim hurling epithets and gravel at the police, to the reporters whispering curses, to the police, thrusting forward his boxy chin bathed in soft red wisps of hair.

He was an anomaly, a soldier who despised the military, a pre-state relic who was fluent in post-state slang, a man born to Yiddish speakers whose name was a Hebrew poem, gold wrapped in silk.

You knew Yehuda Meshi Zahav when he founded Zaka, an acronym for “identifying victims of catastrophe” in 1989 after a Palestinian terrorist forced a bus over a hill and people died, and he extended his intimacies to the splattered remains of the dead.

Just when you were transitioning from your 20s to the 30s, so was he, and just when you were leaving behind the hatreds of your youth he was attaching to the name, Zaka, Hesed shel Emet, the kindness found in truth.

Because this is how we like to think we evolve, from driven to kind, from beasts to humans, as Yehuda Meshi Zahav put it in 2003, when he described the sufferings of the 900 or so volunteers who belonged to Zaka and who needed treatment for post traumatic stress: “You’re talking about humans, not angels.”

Angels, in Jewish lore, can be monsters, thieves of agency.

You knew Yehuda Meshi Zahav when the protester who once shared with you the heat and streets of Jerusalem proudly sent his son into an army he had reviled, and accepted the Israel Prize, the country’s most prestigious, named for an entity he once did not recognize. Because this is how we like to think we evolve from purists unsullied by wisdom to wise men unsullied by purity.

You never knew Yehuda Meshi Zahav. Boys and girls who knew him said he was a monster, a thief of agency, a smasher of intimacies who forced them into horrors no one should ever know. He was never indicted, and he denied the allegations. We may never know him. He died last week, more than a year after he attempted suicide. He left seven children and his grandchildren.

Yehuda Meshi Zahav hid in Jerusalem’s plain light. “There are people who saw one awful image and became traumatized for the rest of their lives,” he said in 2003. We will never know if he was the image, or the victim, or both.

When you read an obituary, you want an arc, a life well-lived. You want anger to melt into kindness, but some furies are resistant to kindness; they will not dissolve.

My editor wonders why I turn obituaries around so much faster than profiles. Because the dead are less likely to betray us with revelations that bend the arc until it shatters.