Russia’s Jewish oligarchs, 4 months into the war on Ukraine: Where are they now? 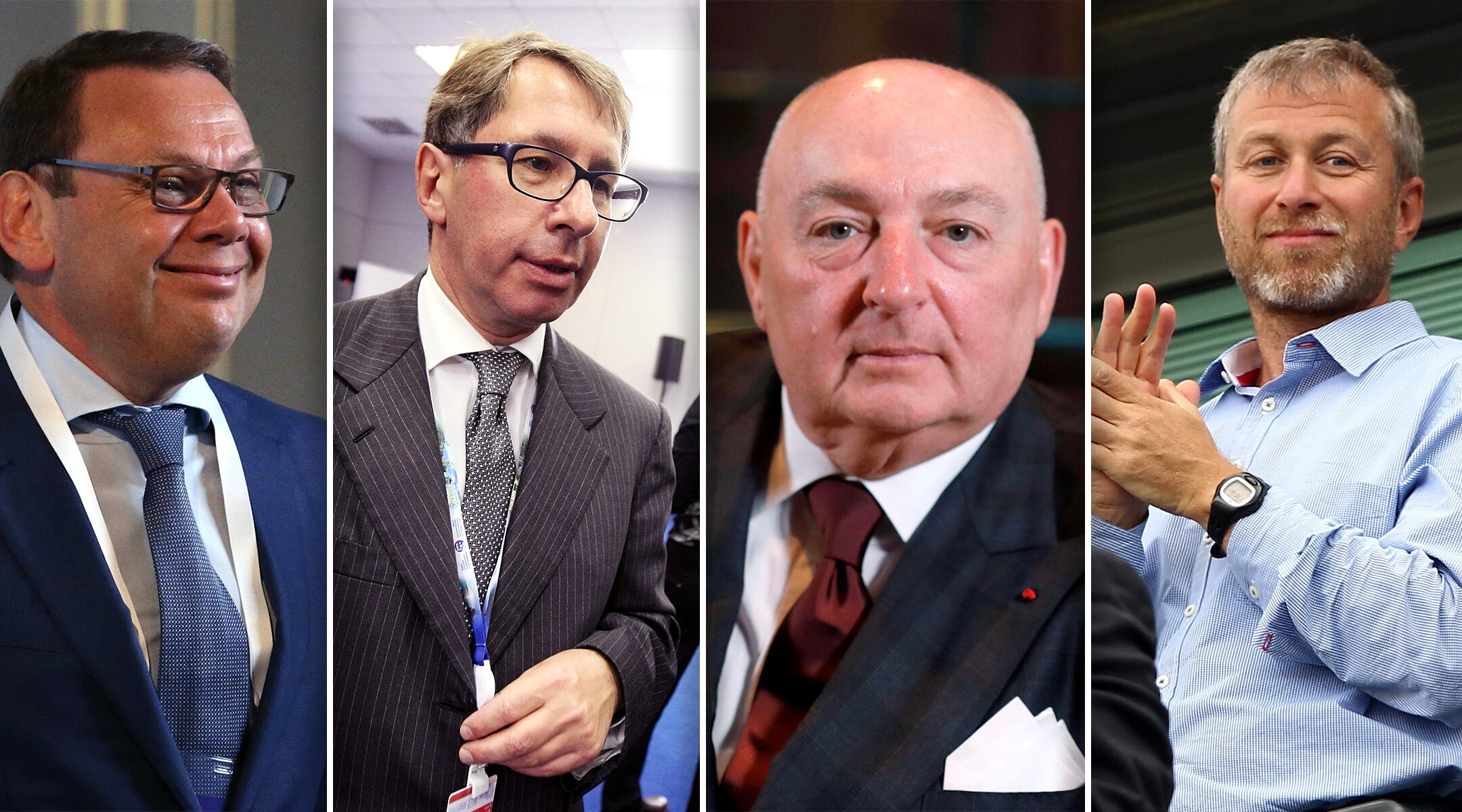 (JTA) — When Russia invaded Ukraine on Feb. 24, attention swiftly fell on influential Russians and others who would likely face economic sanctions as part of the international response to the unprovoked war.

Among the previously identified potential targets for sanctions were a host of Jewish oligarchs, men who had profited through their involvement in businesses tied to the Russian government. Now, nearly five months later, almost all of them have indeed faced steep consequences for their ties to Russia and its president, Vladimir Putin.

Of the 18 Jewish oligarchs identified as likely sanctions targets by the Jewish Telegraphic Agency in March, 15 are now subject to them. Together, they are worth over $120 billion.

They are among thousands of Russians who have been sanctioned since the war’s onset, including more than 1,200 by the United States.

Many of the Russian Jewish men who now face travel bans and frozen assets have connections with European and American Jewish organizations, often through their philanthropic giving. Their sanctions have started to ripple through the Jewish giving world; for example, the three founders of the Genesis Philanthropy Group all stepped down from the board after being sanctioned, and a former member of the Knesset, Israel’s parliament, urged a boycott of the annual Genesis Prize ceremony in Jerusalem.

A few of the men on the list who have distanced themselves from Putin by speaking out against the war have avoided sanctions so far, including Yuri Milner, the Bay Area-based social media magnate. But condemning the war has not universally insulated the oligarchs from sanctions: Oleg Deripaska said “destroying Ukraine would be a colossal mistake” but remains under the sanctions that the United States imposed on him in 2018.

And then there is Leonard Blavatnik. Born in Soviet Ukraine and considered the richest man in Great Britain, Blavatnik was not on JTA’s original list because the United States had not previously targeted him for sanctions. But with an estimated net worth of approximately $27.5 billion gained through Russian chemical production and other ventures, he shares many characteristics with those on the list. He has not been sanctioned and flies frequently between the United States and Europe.

A Twitter bot set up to post the comings and goings of airplanes owned by Russian oligarchs has slowed down as sanctions have grounded their travel. Only Blavatnik’s plane has shown up on the list since mid-May.

Here’s what you need to know about Russia’s Jewish oligarchs and how they have behaved and fared since February.