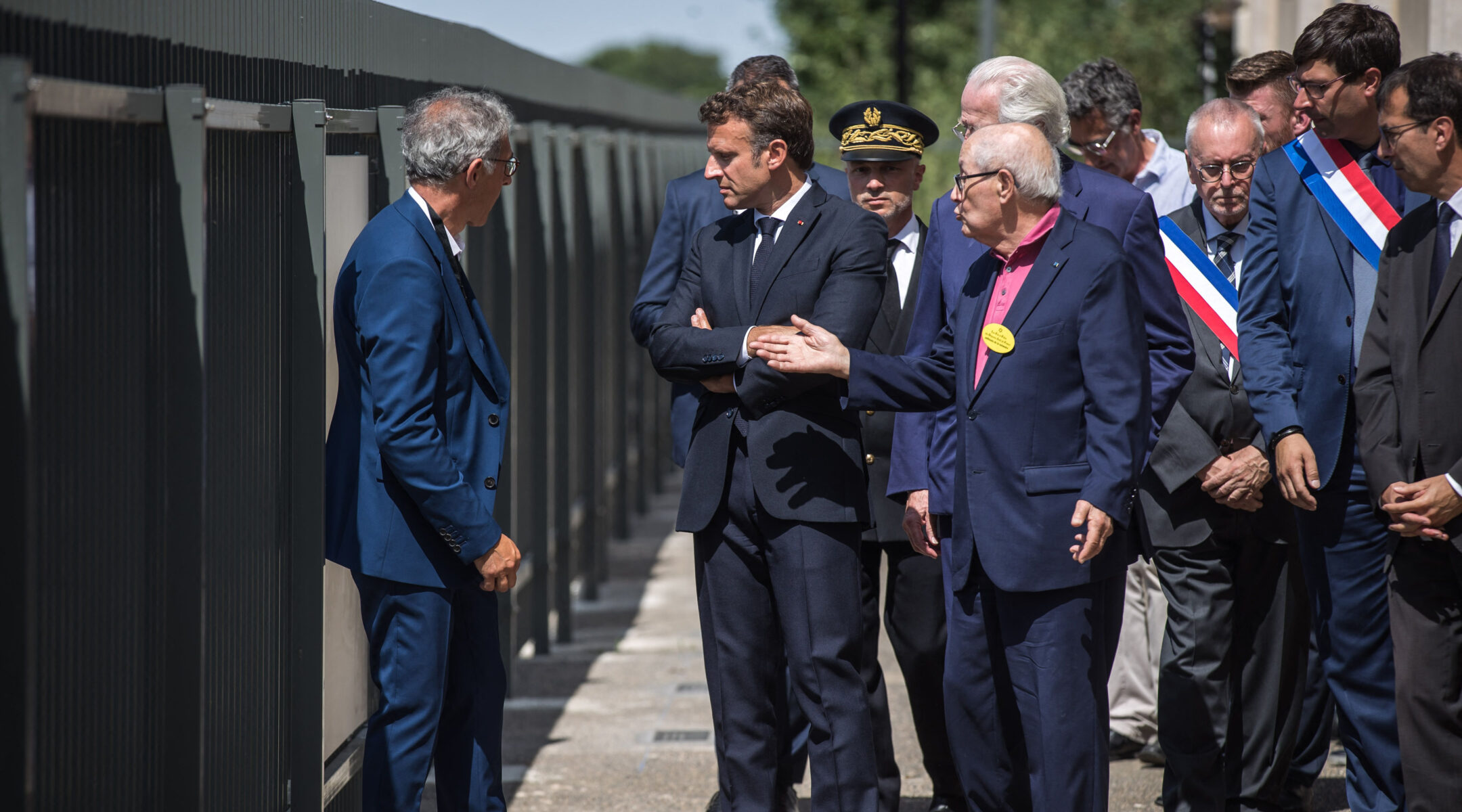 But none did so more intimately than Emmanuel Macron on Sunday in Pithiviers near Paris, when he described the feelings of betrayal and shock felt by French Jews whom French authorities delivered to be murdered.

“In those introductory chambers to the camps,” Macron said of places like Pithiviers,  an old train station used to keep and dispatch Jews to Auschwitz, “French-Jewish families whispered words in Yiddish to reassure themselves, saying that France would never do this to them. Yet that’s what France did.”

Macron was speaking at the inauguration of a new Holocaust museum in Pithiviers, a town 50 miles south of Paris whose train station was the second-largest point of deportation of Jews to Auschwitz. There, Macron reiterated acknowledgement that French authorities had been complicit in the murder of about 77,000 local Jews. He also vowed to continue to fight antisemitism today.

“Those dark hours have forever stained our history,” Macron said at the inauguration of the $3 million memorial museum at Pithiviers. “France at that time committed the unforgivable.”

Chirac was the first president to acknowledge the complicity of the Vichy regime, a semi-autonomy set up by Nazi occupation forces in part of France, and other collaborators in the murder of about 25% of French Jewry.

The Vichy regime, Macron added, “betrayed its own children eight decades ago and delivered them to their murderers. France now has a duty, in order to remain true to itself, to acknowledge this and to cede no inch to the present-day antisemitism.”

The museum he inaugurated on Sunday is housed in the historical train station of Pithiviers. The 4,300-square-foot space is divided into three parts, comprising a permanent exhibition, an atrium and a learning center.

The permanent exhibition features about 100 photos of deportations from 1941, among the first to take place in Western Europe. The exhibition includes photographs of victims arranged by the wagons in which they were sent directly to be murdered, mostly in 1942.

The inauguration is one of several events commemorating the 80th anniversary of deportations from France, where the best-known and largest of these actions took place at the Vel d’Hiv stadium in Paris.

A separate commemoration was held at the Vel d’Hiv memorial site on Sunday. It was attended by Prime Minister Élisabeth Borne, the daughter of a Holocaust survivor. She said in her speech that “courage means acknowledging [complicity] and commemorating it.” She also said that “the fight against antisemitism will never cease.”

France’s history places a moral onus on it to combat antisemitism, Yonatan Arafi, president of the CRIF umbrella group of French Jewish communities, said at the event.

“Antisemitism is quite present, still today, in France. It’s prevalent among the Islamists, conspiracy theorists, anti-Zionists, Holocaust deniers on the far right and on the far left,” he said. “Antisemitism has many faces and mantles.”