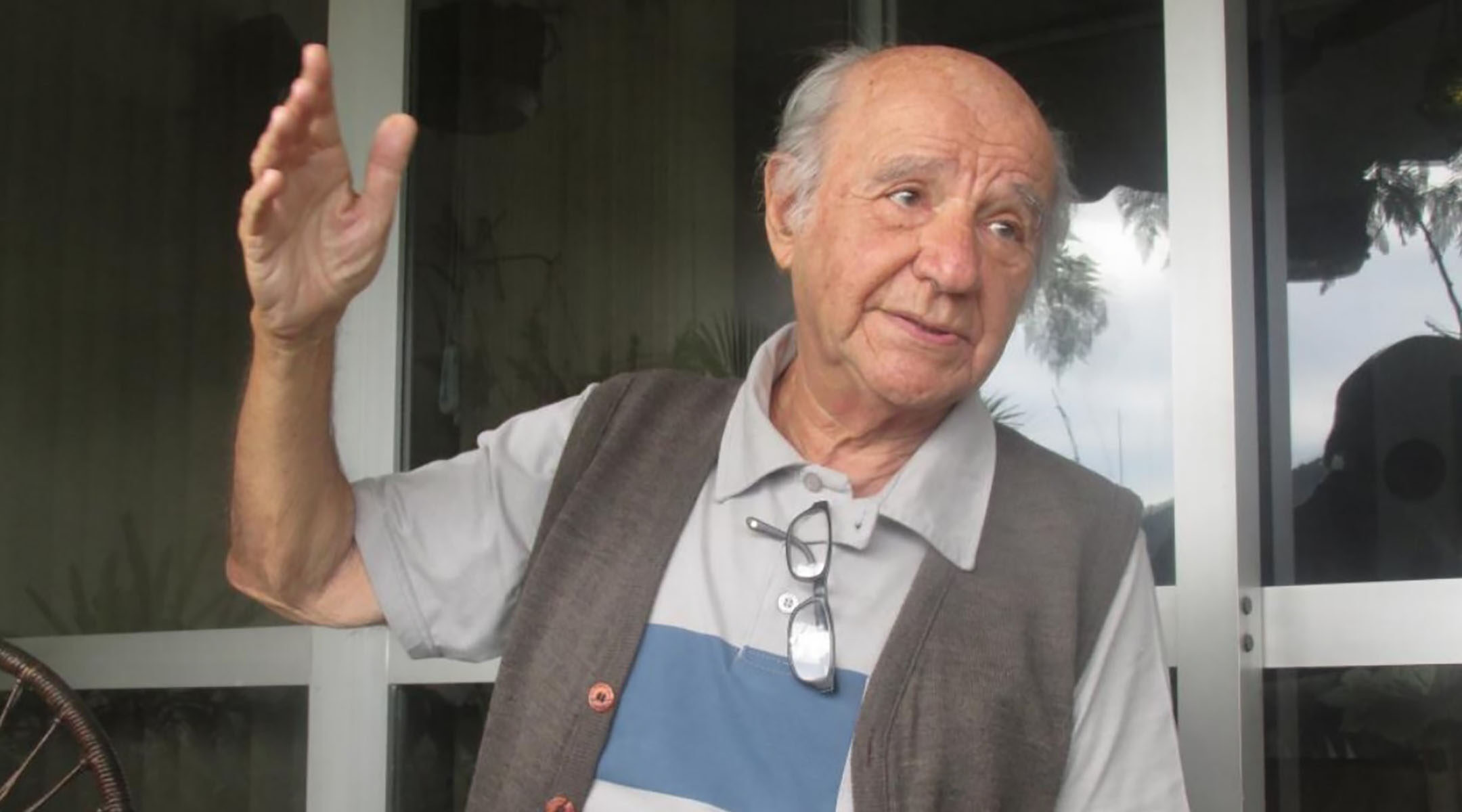 Henrique Morelenbaum, one of Brazil's most prominent conductors, lost his extended family in the Holocaust. (Courtesy of Interludio)
Advertisement

“He was one of the most important personalities in Brazilian musical life over the last 70 years, as an instrumentalist, conductor, teacher and administrator. He left his mark on the institutions where he worked,” read a tribute posted by the Brazilian Academy of Music, of which Morelenbaum was an active member.

Born in Poland in 1931 as Saul Herz Morelenbaum, Henrique Morelenbaum arrived in Rio at the age of 3, where his name was changed. At 16, he became a Brazilian citizen.

The rest of his extended family was killed in the Holocaust.

“From both my father and mother’s huge families, there was no one left,” he said in an interview with Interludio magazine in 2017.

His conducting career began suddenly in 1959 during a ballet performance in which he took over the baton because the scheduled conductor could not perform. By 1962, he became conductor of Rio’s Municipal Theater orchestra, and later he became music director of the city’s Cecilia Meireles Hall theater.

Over the course of an intense career, Morelenbaum often conducted symphonic concerts, operas and ballets. As part of his vast international contemporary repertoire, he was responsible for the Brazilian premiere of the famed composer Arnold Schoenberg’s “Kol Nidre,” an orchestral piece named after the Yom Kippur prayer.

Morelenbaum also led the Brazilian Israelite Choir and composed the anthem of the Kinderland Association, a well-known Rio Jewish summer camp founded in 1952.

He served as the head of various musical institutions, at different times directing Brazil’s main orchestras, and he also conducted across Latin America and Europe.

“He is widely recognized for the work of promoting Brazilian composers abroad,” wrote the Folha de S.Paulo newspaper. “His death was mourned by the Brazilian classical music niche, generating expressions of sorrow and tributes from several institutions,” added the G1 news portal’s obituary.

“My dear father passed to a softer environment of the spiritual realm. I thank him for the affection, the legacy of the incessant search for knowledge and evolution, for justice and love, for the love of music and art in general as a way of building spiritual beauty,” wrote his son Jaques Morelenbaum, who is also a prominent conductor.