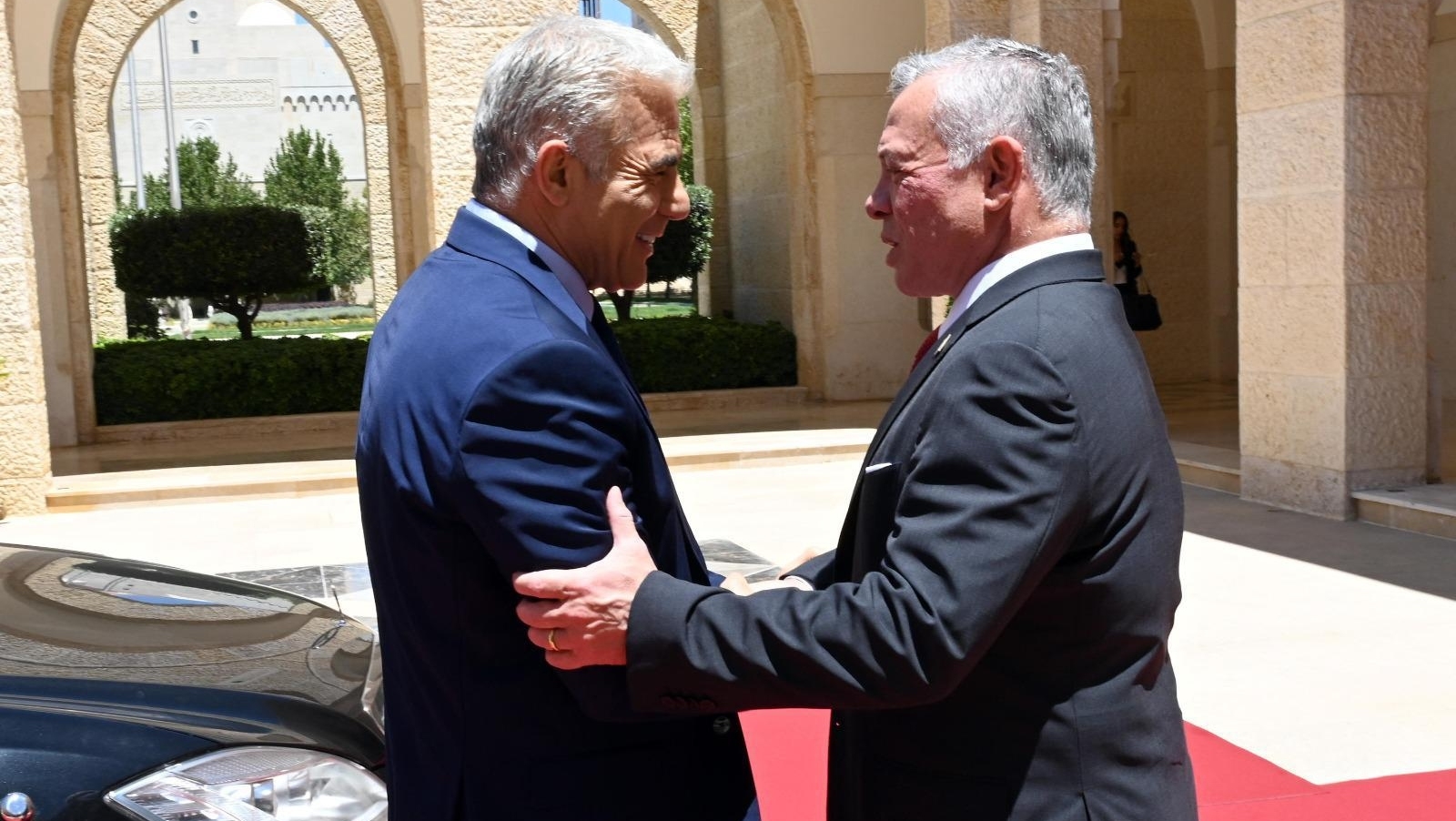 The meeting was notable for its transparency. While Israel and Jordan have been at peace since 1994, that peace has blown hot and cold, and there have been tensions in recent years, especially over clashes at Jerusalem’s Temple Mount, a site holy to Jews and Muslims where Jordan is the nominal religious authority. Lapid’s predecessor, Naftali Bennett, met with Abdullah last year but did not advertise the meeting; Bennett’s predecessor, Benjamin Netanyahu, had not met with Abdullah for several years.

Lapid and Abdullah “discussed U.S. President Joe Biden’s recent visit to Israel and the region, as well as the possibilities and opportunities the visit brought in its wake including the regional architecture,” Lapid’s office said in a statement Wednesday after the meeting in Amman, Lapid’s first visit since he assumed the prime ministership on a temporary basis earlier this month.

In a tour earlier this month of Israel and the West Bank and at a summit of regional powers in Saudi Arabia that included Jordan, Biden pressed for regional security and economic cooperation as a means of isolating and confronting Iran. He also sought to advance the Abraham Accords, the normalization agreements between Israel and four Arab countries brokered by the Trump administration.

The Royal Hashemite Court said on Twitter that the king reaffirmed the “need to create political horizon to achieve just, comprehensive, lasting peace on basis of two-state solution and bolster regional security, stability, and development, which must include Palestinians.” Lapid’s statement notably did not mention the Palestinians. Israeli officials say advancement in talks with the Palestinians is unlikely as Israel heads toward general elections in November, and Biden conceded as much during his trip.

Lapid and Abdullah discussed a number of joint ventures, including in desalination, energy, food security, transportation and tourism.