Neo-Nazi Marine plotted to attack Jews and others in ‘rapekrieg,’ federal prosecutors say 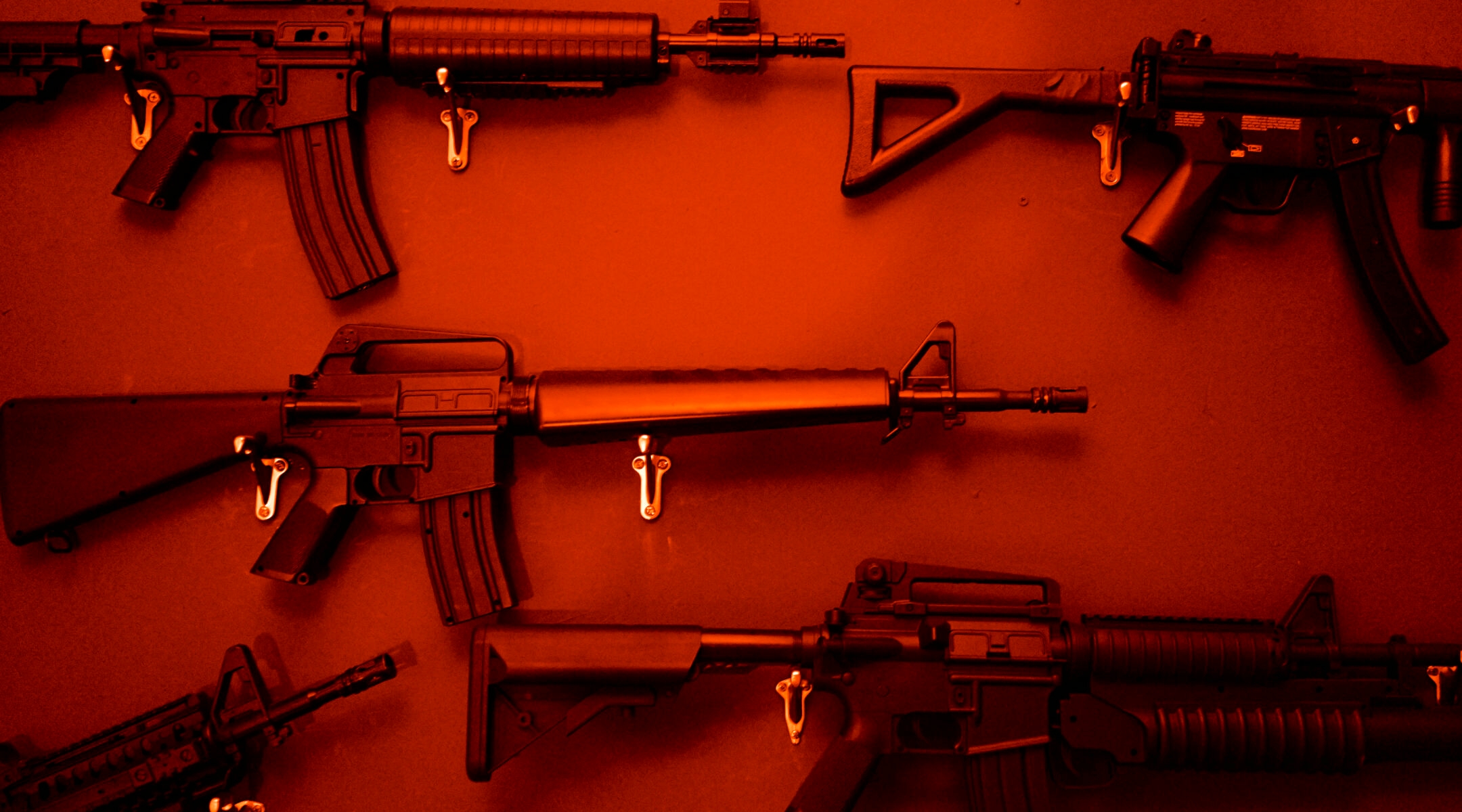 A former Marine is accused of lying to obtain guns while plotting attacks on Jews and other groups. (Getty Images)
Advertisement

(JTA) — A former Marine who belonged to a neo-Nazi group that counts willingness to murder Jewish children as a membership requirement has been arrested on charges stemming from a federal investigation into his plot to commit mass murder, including against Jews.

Matthew Belanger was an active Marine while conspiring online with members of a hate group called Rapekrieg, according to a July 14 court filing by federal prosecutors arguing that he should remain in jail while awaiting trial.

Together with others from his Long Island, New York, hometown, Belanger had “procured weapons, uniforms, and tactical gear, and discussed committing attacks on a synagogue, Jewish persons, women, and minorities,” according to the court document, which Rolling Stone was first to report on Tuesday.

The investigation and arrest come amid mounting concerns about neo-Nazi and white supremacist activity within the U.S. armed forces. Many of the insurgents at the U.S. Capitol on Jan. 6, 2021, had military ties, and a filing in one case related to Jan. 6 revealed that a Marine had been discharged and sent to prison for plotting to blow up a synagogue.

Belanger was also discharged because of his extremist activity, according to the court filing, which offers a window into how online conversation among extremists can translate into real-world activity — a trajectory taken by a number of mass shooters in the United States, including the man who killed 11 Jews in their synagogue in Pittsburgh in 2018.

Like other white supremacist groups, Rapekrieg’s goal, outlined in a manifesto that investigators learned Belanger had largely written, is to create a white “ethno-state” free of the minority groups that the group believes are “replacing” white Americans. In addition to killing people who do not advance that goal, the group advocates for raping white women to accelerate the production of white children. Anyone who has qualms “about being able to pull the trigger on a jewish child” is not prepared for the group’s work, the manifesto says.

Belanger’s online engagement in the four years beginning in 2016 demonstrated increasing radicalization and steps to act on his stated beliefs, according to the filing. It also shows how small groups of online actors can cut and paste language and characteristics of various extremist groups to inform their own agendas and activities.

At one point, using a social media handle with the name Adolf Hitler in it, Belanger chatted with another group member about the best strategy for attacking Jews, according to the court filing.

“That fucking synagogue is going to get it,” he said at one point, only to be rebuffed by the other group member who said, “You don’t accomplish anything when you shoot random Jews at a synagogue that aren’t significant in any way.” The group member instead presented “two individuals popular for their work with the Jewish community along with associated physical addresses.” The filing does not name the people targeted.

Members of the Rapekrieg group including Belanger trained with “airsoft” guns, of the sort used in paintball, at one point in the woods outside an unnamed Long Island synagogue, according to the filing. They said their target in the training exercise was the Zionist Occupation of Governments, or ZOG, a term that is widely used by white supremacists.

Multiple members of the Rapekrieg group obtained items that they said would be useful in carrying out an attack, and Belanger personally obtained weapons both legally and illegally, according to the court filing. The charges on which he is currently being held relate to making false statements to obtain weapons; Belanger pleaded not guilty on Monday, according to Rolling Stone. The magazine said Belanger and his attorney did not respond to requests for comment.

In the court filing, federal prosecutors argue that Belanger, who is being held in Hawaii, where he had been stationed as a Marine, is a flight risk in part because incarceration would require him to live in proximity to people from backgrounds against which he has advocated violence.

Those include Black people, who like Jews are frequent targets for extremists. The filing shows that Belanger sought to weaponize Jews to foment racial division during the period of protests following the murder of George Floyd, a Black man, by a Minneapolis police officer in 2020. To other group members, he suggested “disguising yourselves as hasidic jews” to commit a massacre against racial justice protesters.

He also created a social media account under the name “Israel Shillingstein” in order “to generate Black hate towards the Jewish community by making derogatory statements while disguised as a Jewish man.” Traces of the account that can be seen online now show that at least some Twitter users recognized it as a troll account.