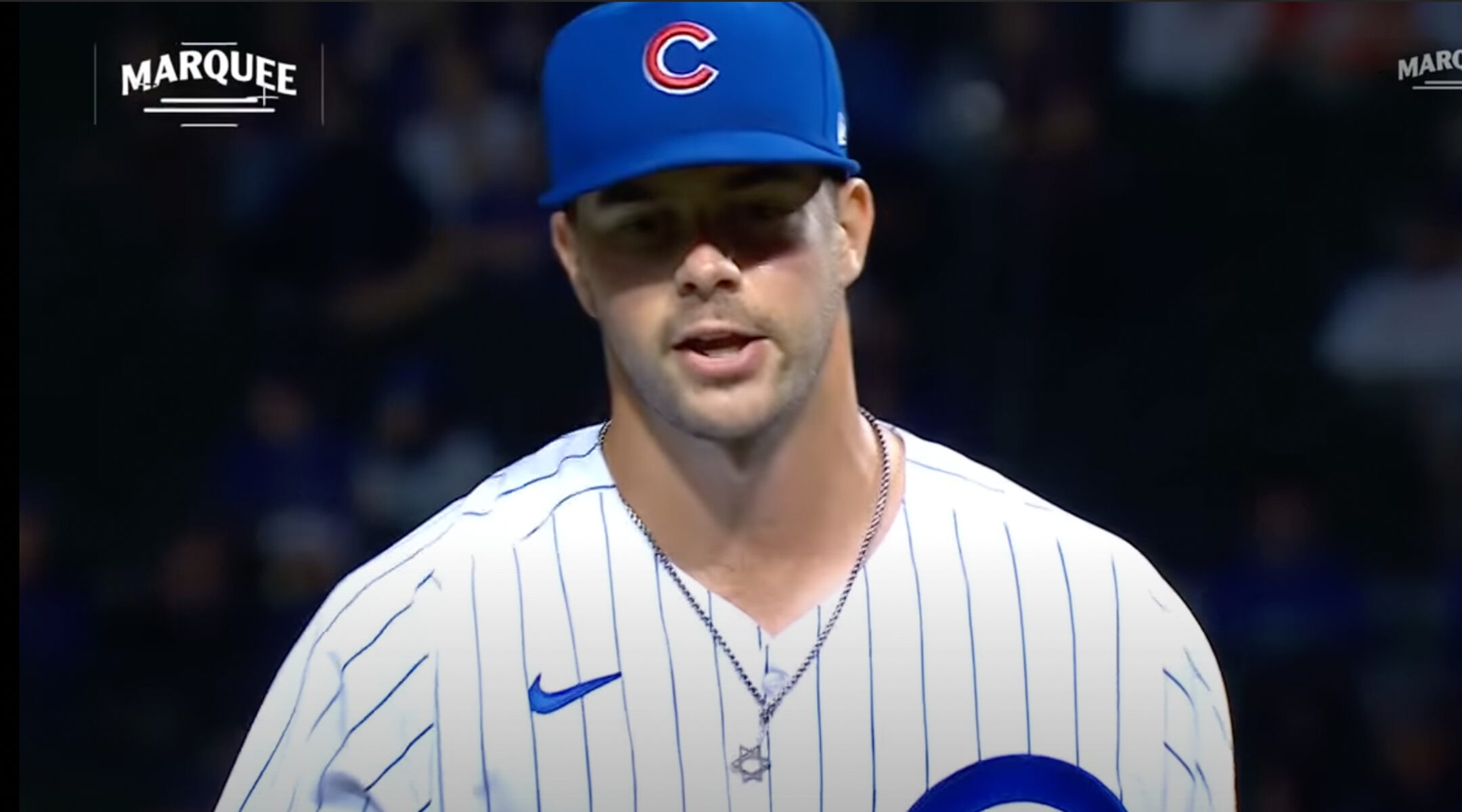 (New York Jewish Week) — A self-described “Seinfeld enthusiast” is headed to the Yankees.

The Bronx Bombers traded for Jewish relief pitcher Scott Effross Monday, sending a minor league pitcher to the Cubs in return for the right-hander.

The sidearm pitcher made his major league debut last August, appearing in 14 games for the Cubs. In 2022, the 28-year-old, who is technically still a rookie, has pitched in 47 games for Chicago, striking out 50 with an earned run average of 2.66. Effross has surrendered only two home runs and 11 walks in 44 innings.

A native of Twinsburg, Ohio, a suburb roughly halfway between Cleveland and Akron, Effross attended the now-defunct Congregation Shir Shalom. He wears a Star of David necklace when he pitches.

The Cubs selected Effross in the 15th round of the 2015 MLB Draft after three stellar years at Indiana University.

The Yankees are currently the top team in Major League Baseball, and with the trade deadline looming Tuesday at 6 p.m. ET, the Effross acquisition supplies the Yankees with a solid replacement after multiple injuries hampered the team’s bullpen.