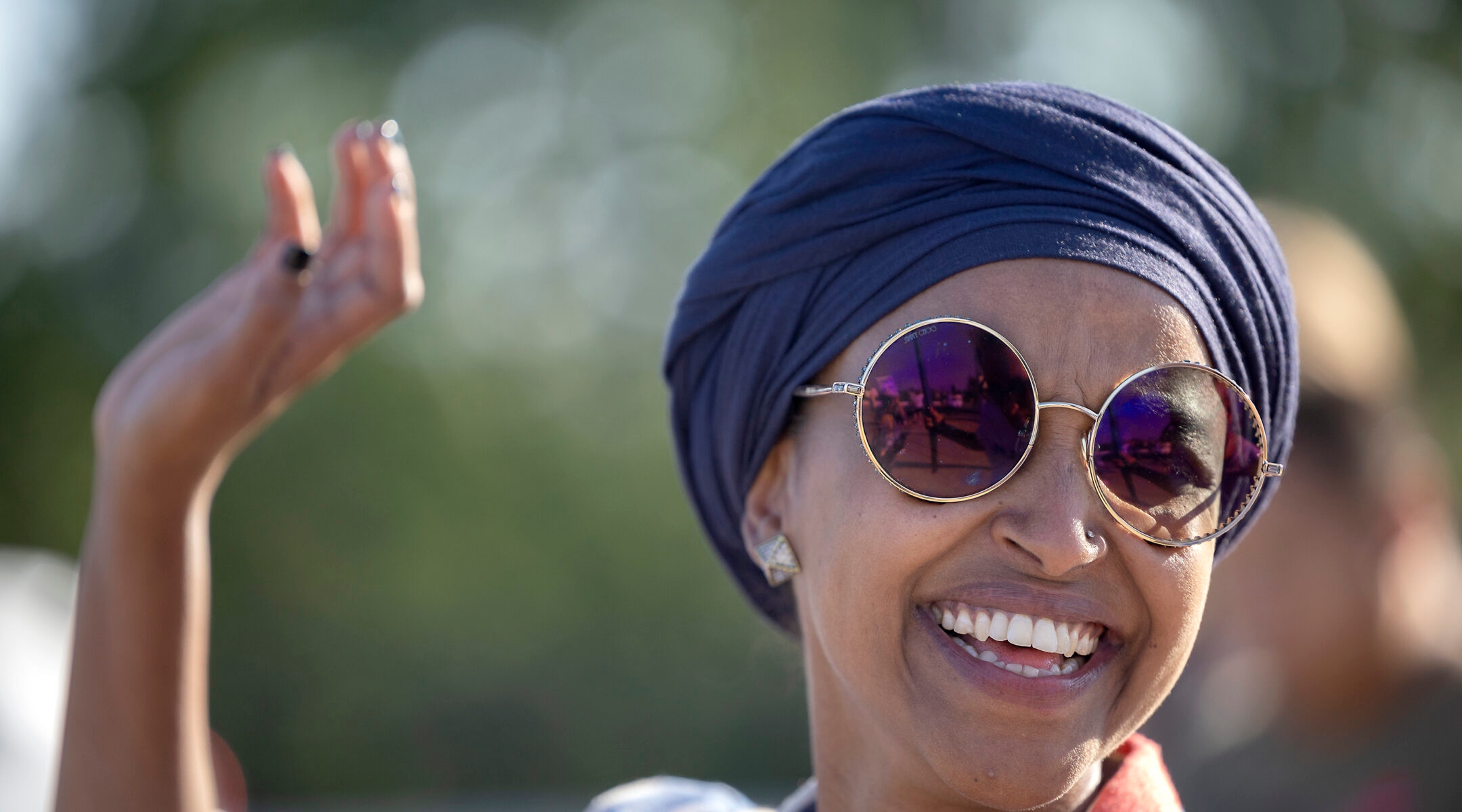 Omar, a two-term member of Congress who supports the movement to boycott Israel and once grouped Israel and the United States with Hamas and the Taliban in a statement about human rights abuses, faced a challenge from Don Samuels, a former Minneapolis city councilman who courted pro-Israel and suburban support. He drew 48.2% of the vote in the district, which includes the city of Minneapolis and some of its suburbs, to Omar’s 50.3%.

Omar’s margin of victory — fewer than 2,500 votes — was much smaller than in 2020, when she won by 35,000 votes despite nearly $2.5 million spent to oppose her by a pro-Israel PAC. This time, relatively little was spent in the race, raising questions about whether the new political action committee operated by AIPAC, the pro-Israel lobby, could have swayed the outcome as it has claimed credit for doing in other primaries around the country where it has spent as much as $6 million.

On Israel, both Omar and Samuels said they back a two-state solution. But Omar, part of the progressive “Squad,” has become the face of the Democratic Party’s divisions over Israel because of her sustained and fierce criticism of the country.

The Minnesota race was focused on local issues, especially public safety. Samuels opposed a 2021 ballot initiative, introduced in the aftermath of Minneapolis resident George Floyd’s murder by police, that would have reorganized the city’s police department as a “department of public safety.” Omar had backed the measure, which ultimately failed in what was viewed as a major setback for the “Defund the Police” movement.

Although Samuels was facing an incumbent with strong grassroots support and more than double the fundraising advantage, he received a late endorsement from Minneapolis’ Jewish mayor, Jacob Frey, who had also tangled with Omar during his own reelection campaign. Samuels was also endorsed by the mayors of several Minneapolis suburbs, including St. Louis Park, which has a large Jewish community.

Samuels outraised Omar in outside spending, but neither of them brought in the type of funding that had made the district’s 2020 contest a national outlier — and the Jewish community’s most-watched primary contest. Then, a pro-Israel PAC called Americans for Tomorrow’s Future spent nearly $2.5 million to support Omar’s challenger, Antone Melton-Meaux, but he finished a distant second.

This time around, AIPAC’s creation of United Democracy Project, with the second-largest war chest among super PACs, has meant that pro-Israel spending is a bigger factor than in past primaries. Nevertheless, AIPAC’s super PAC skipped the Omar-Samuels matchup entirely.

An AIPAC spokesperson declined to comment on why the group skipped the Omar-Samuels matchup or whether the close results was making it rethink its involvement in other primaries this summer.

But a United Democracy Project spokesperson previously told the Jewish Telegraphic Agency that the group was more focused on preventing critics of Israel from taking office than on unseating incumbents. In one notable outlier, the group spent more than $4 million in Michigan against Democratic Rep. Andy Levin, who lost last week — but he was one of two incumbents vying for a redistricted seat.