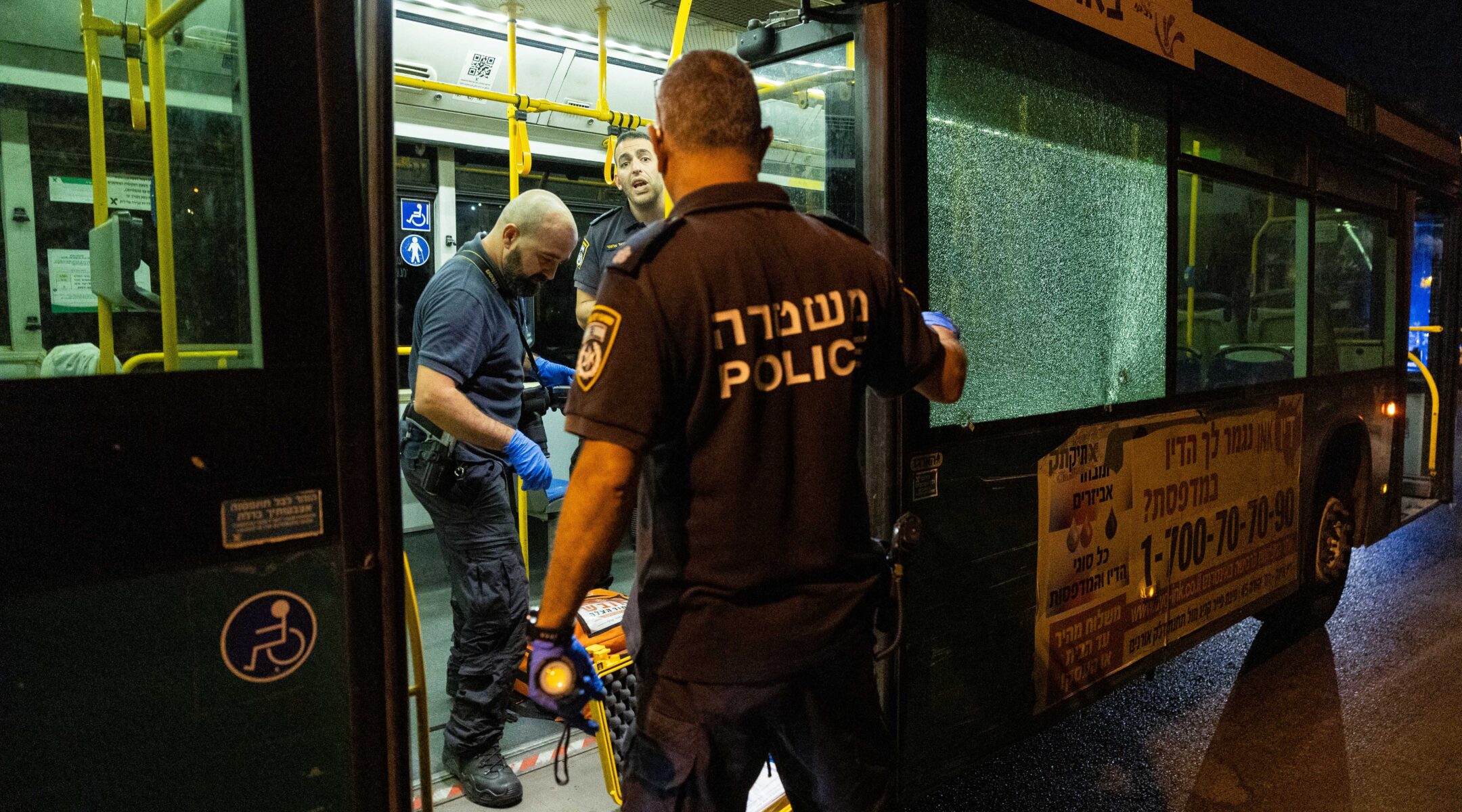 (JTA) — Jewish communities in two countries were reeling this weekend after a shooting just outside the Old City of Jerusalem left eight wounded.

An Arab resident of East Jerusalem turned himself in to police after a manhunt that focused on the Silwan neighborhood there, according to Israeli media.

The shooting took place early Sunday morning as people boarded a bus. Among those shot, according to various reports, were multiple members of a family from Williamsburg, Brooklyn, a center of the Satmar Hasidic Orthodox sect; a teenager from a different Brooklyn family; a pair of Israeli brothers; and a pregnant woman who remains hospitalized along with her child, whom doctors delivered after she suffered an abdominal injury.

The shooting comes a week after an exchange of hostilities between Israel and the militant group Palestinian Islamic Jihad in Gaza in which dozens of Palestinians died and nearly a thousand rockets were fired toward Israelis. It also comes after months of relative calm within Israel following a series of attacks this spring in which 19 Israelis were murdered.

The tourists wounded in the Jerusalem shooting are among the wave of visitors flowing into Israel this summer after years of pandemic travel restrictions had tamped down travel. Hours after the attack, Prime Minister Yair Lapid broadcast confidence in Jerusalem, tweeting a picture of himself eating at a cafe there.

“Our capital city is strong, safe, beautiful and welcoming to residents and tourists,” Lapid wrote.