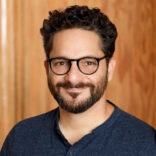 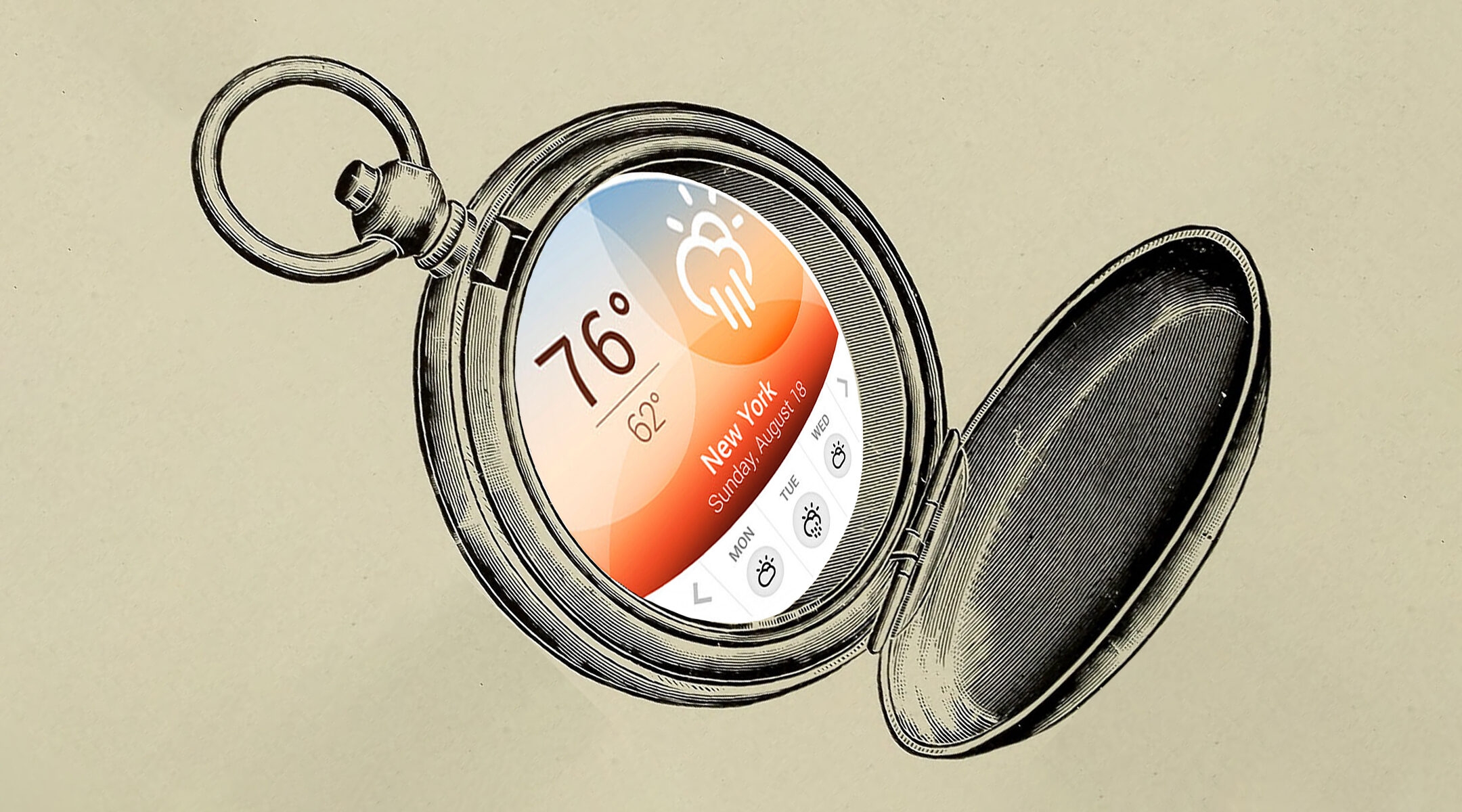 He asked them “Who is called a ‘wise man’?” They responded to him, “The person who sees the consequence of their action.” (Babylonian Talmud, Tamid 32a)

(JTA) — Many years ago I was asked to speak, on short notice, at a symposium in Geneva about the future of the global climate refugee crises. It was an important opportunity, but attending meant I was going to miss my 11-year-old daughter Eliana’s choir concert, the one for which she had been rehearsing for months. I was crushed, but no compromise was possible — I’d be on the other side of the globe for every performance.

To my great shock, Eliana didn’t care, at least not exactly.

“It’s okay, dad,” she said. “If you miss it, you miss it. But do me a favor. When you are here, how about actually being here?”

I was stunned, a little hurt, but I knew just what she was talking about. For the past year-plus, I’d been wandering around the house, conducting half my business by cell phone, distracted even when I was playing a board game with her. In the great way that children can state a complex thing simply and purely, my daughter had summarized our whole culture’s dilemma.

Stuck in a forever state of reactive short-termism — an almost obsessive focus on the near future — glued to our devices and grappling with never-ending “breaking news” and business plans measured in hours and even minutes, we’ve become too much tree and not enough forest. News about the most recent COVID variant, for example, is a tree. Being part of my kid’s growing up? That’s the forest. Our short-term addictions, understandable as they are, are obscuring our longer term potentials.

In another story from the home front, my 9-year-old Gideon recently did something…improper. It’s not important what, but let’s just say he wasn’t being his best self. When I found out, I flipped out and really read him the riot act.

My wife Sharon pulled me aside and whispered, “Ari: longpath.” The word is a mantra in our household — it stands for the deliberate practice of long-term, holistic thinking and acting that, at its root, starts with real, hard-earned self-knowledge. At that instant I saw how off I was. Instead of modeling behaviors of self-awareness to help my son grow, I was reacting, and probably overreacting at that, glued once again to the short term at the expense of the long-term relationship with my son.

On the highest level, I knew who I wanted to be in that moment with my son, but we are reactive creatures, easily prone to short-term decision making.

So why is a futurist, who works with multi-national organizations, governments and leading foundations, and whose TED talk has been viewed several million times, writing about conversations with my children?

The future is not just about flying cars, jet packs and robots doing our laundry. Nor is it just about climate change, rampant inequality or the loss of global biodiversity. Taken together, these aspects — good and bad — leave us with an incomplete picture of tomorrow’s promises and perils.

The huge challenges we face as a society are going to require significant action at a political level.We need to vote at the booth and at the check-out counter in a way that aligns with our values. But that is not enough. Shaping the future also entails doing something beyond the political, something in some ways more difficult and definitely closer to home. Shaping the future towards a world we want to see necessitates that we connect with each other — at the human-to-human level — in a way that has significantly more impact than just how we vote or consume.

Trim tabs. Trim tabs are the small edges of a ship’s rudder that, although tiny, can make a huge impact on the direction of the ship. The futurist Buckminster Fuller used the metaphor of a “trim tab” to explain how even small actions could have massive long-term effects, especially when scaled across populations.

Shaping the long-term trajectory of society means connecting with others through a lens of empathy and with an eye on how those interactions will ripple out through time. What makes you a futurist — someone who cares and wants to shape society towards a better tomorrow — is putting your device down when your child enters the room and thinking about how your every action will play out over generations. This is the mindset of a true futurist. This is longpath thinking.

At its heart, the belief in a longpath or “longer-term” mindset is a Jewish one. After all, we’re the people who have dragged our story along to every outpost — the people who have waited on and insisted upon a future return. And just as our Passover story promises a transformation that does not happen overnight, the longpath view says that, yes, you can be an agent of change, not just a slave to the current climate, but it’s going to take some work.

For me, the High Holy Days manifest the essence of a longpath outlook best of all. Rosh Hashanah both reaps the harvest of the past and points us toward our most profound wishes for the future year — but you can’t get there without a Yom Kippur. On this day of teshuvah, which means repentance and return, we understand that to look ahead of us requires that we first look back on the year past and engage in an honest reconciliation with all we have been and all those we have wronged — both in our own eyes and God’s. It’s hard work, but if we do this with an open heart, we have a chance to not only envision a better future, but to participate in creating it — for us and for others.

The longpath view doesn’t just look deep into the future, but deep into the past. It holds that you cannot consider the future without transgenerational empathy, a clear accounting of all the preceding generations went through. Then, when you are ready to face the days, months, years, decades and centuries ahead, you must do your future-oriented thinking with future generations in mind. After all, your community and your world will belong to them.

My father was a Polish refugee who escaped the ghetto and lost most of his family in the Holocaust — he went onto become a commander in the Jewish resistance. Years later, he used to say, “The future really started yesterday.” To move through the narrow passages and get to the land of milk and honey, we must adopt a mindset that integrates the far past and the far future.

Transgenerational empathy is not merely a high-flown concept — it’s a practice, a way of taking the future seriously. On our mantel, along with photos of my parents and Sharon’s parents, and photos of us and of the kids, we have placed a few empty frames, a reminder of the generation to come. Seeing those empty frames is a subtle but persistent reminder that the decisions we make today, as individuals, as a family, as a community, are going to have everyday repercussions hundreds of years from now.

This Rosh Hashanah marks the beginning of 5783 in the Jewish calendar. That means we’re only 217 years from the year 6000. Some say that’s the latest time for the messiah to arrive and usher in the redemption. Others insist the messiah can and will come earlier. The real question is: Where do we want the world to be in 6000, and what kind of longpath thinking will help get us there?

To give you a little context, 217 years ago Napoleon was crowned King of Italy, Lewis and Clark headed out on their expedition, Beethoven premiered his Third Symphony and the first steam locomotive had just had its first run. There was no electricity, no cars, no phones, no internet. The United States itself was a mere 29 years old.

Consider what can happen in two centuries. How would you like the world to look in Year 6000 and what are you willing to do to help make it that way?

It’s a mistake to think that the people who will be affected will likely not be your people. According to the handy Descendants Calculator, in 217 years, or eight generations, the youngest of my children, 13-year-old Ruby, could have anywhere between 500 and 87,000 offspring, depending on the average number of kids per generation. And that’s just one of my three children!

What kind of a world do you want your descendants to live in? What do we have to do collectively to co-create that future?

We don’t need the answers this instant, but we do need to start making the small actions and asking the big questions right away.

Ari Wallach
is a futurist to Fortune 500 companies, global nonprofits and philanthropists and is the author of “Longpath: Becoming the Great Ancestors Our Future Needs” (HarperOne, Aug. 16, 2022). Ari is also the co-creator of the 2008 presidential campaign-focused initiative, The Great Schlep with Sarah Silverman, and was formerly adjunct faculty at Columbia University lecturing on artificial intelligence, public policy and strategic futuring.
The views and opinions expressed in this article are those of the author and do not necessarily reflect the views of JTA or its parent company, 70 Faces Media.