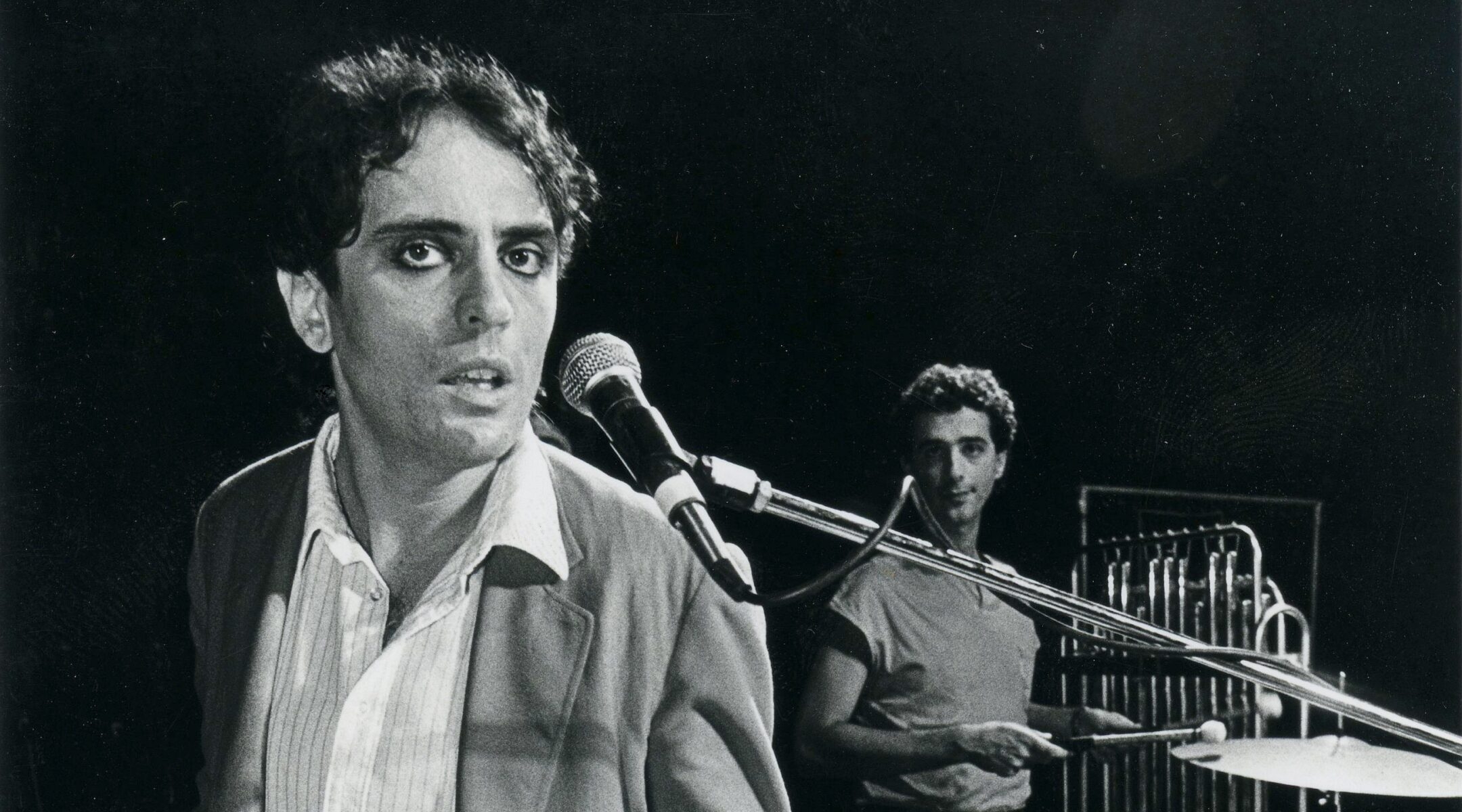 (JTA) — Svika Pick, the singer whose plaintive voice lured Israel into the delights of pop banality, has died.

Born Henryk Pick in Poland in 1947, Pick gave Israel an expansive vision of itself, from the first time his voice hit the airwaves until late in his career. In 1998, he wrote Israel’s third Eurovision winner, “Diva,” for Dana International, the first transgender person to win the contest. In his later years, Pick became a judge on reality shows and his daughter Daniella became paparazzi fodder when she married American director Quentin Tarantino, who moved to Tel Aviv to join the family.

Tributes poured in from Israeli luminaries in all fields after news emerged about Pick’s death Sunday at 72. Israeli media did not list a cause of death for Pick, who had suffered a stroke in 2018 but recovered and was buried in a private ceremony on Monday.

“Svika died today but his songs and compositions that he left behind will continue to be played for years to come,” Yair Lapid, Israel’s prime minister and Pick’s neighbor, said in a statement.

Pick was not the first singer to attempt to breach the austere, winsome popular music that was all that Israel’s then-handful of radio stations would play through the 1970s.

But he was the most potent emblem of an era when a generation of Israelis was determined to shuck off the spartan tastes of the state’s founders. Other Israeli male contemporaries such as Arik Einstein, Shalom Hanoch and Gidi Gov made a virtue of being unavailable: A Hanoch love song was entitled “A Man Resides Within Himself.”

In contrast, Pick, in bright colors, his long black hair perpetually on the verge of a crisis, welcomed you in, offered you ice cream, and wore his heart on his sleeve. “Music penetrates the heart and lights up the entire soul,” he sang in his signature 1978 hit “Maala, Maala,” Hebrew for “Rising Rising.” “Its lulling beat infects the entire body and makes it long to fly.”

This guy was not stuck inside himself. Popular singers had until Pick embodied the handsome and remote soldier-poets of the state’s founding: Pick was the fellow in the tight clothes sitting on the iron barriers at the traffic circle asking you out to dance for the sake of dancing. “He invited her to ice cream,” he sang in “End of Summer Romance.” “She asked for a latte.” Israeli male singers were stiff and stood in place; Pick couldn’t not move.

The late 1970s, when Pick became inevitable after starring in a local production of “Hair,” was a time when Israelis were embracing junk culture with a vengeance, barely a decade after authorities forbade the Beatles from performing. Israel winning Miss Universe, a basketball championship and Eurovision in quick succession was as significant as winning live-or-die wars in 1967 or 1973: It was time to lighten up.

The lyrics, written by his first wife, Mirit Shem Or, were equally straightforward in declaring passions, metaphors and subtlety be damned. “A thousand kisses to you my love, a thousand kisses and one more, a thousand kisses my adorable one, so pretty, so compact and sweet,” Yehoram Gaon sang in a megahit penned by Pick and Shem Or that has become a wedding standard.

As happily superficial as their songs were, Shem Or and Pick mined them with signals that they were uniquely Israeli: “A thousand kisses” is the opening of a love letter written in 1910 by the Zionist spy, Avshalom Feinberg, who was killed on a mission to Egypt in 1917. (Israelis have twisted themselves into knots wondering to whom the letter was addressed.) The ice cream and lattes (known in Hebrew as upside-down coffees) that featured in “End of Summer Romance” once were de rigueur first-date fodder.

Pick was Israel’s first pop phenomenon, followed by groupies who slept outside his apartment building, selling out stadiums. He faded in the 1980s, at least as a performer, which may have been the point: Pick hooked Israel on ephemera and was happy to retreat when the time came.

He became a dad. In a remembrance posted on Instagram, Lihi Lapid, the author and prime minister’s wife, recalled the rock star who moved into her building, wearing better clothes than the other kids’ dads; and the guy who invited the neighbors to his son’s bar mitzvah, and at the Jewish holiday of Sukkot, hooked the building’s sukkah up with electricity.

“He was a warm, good and sensitive man,” Lihi Lapid wrote.

Pick had his legacy, opening Israel up to new sounds. He borrowed cadences from Mizrahi music, an underground phenomenon in the 1970s, and it came into its own; it’s no wonder Pick, the Polish boy wonder, eventually teamed up with Zehava Ben, the breakout Mizrahi star. He brought into his act backup singers from the Black Hebrews, American immigrants whom the government was then hoping to marginalize and deport.

Pick wore feminine accouterments and within a decade Aviv Gefen was wearing makeup. He sang with passion and soon Rami Fortis, Israel’s first punk star, was screaming about the direness of Israeli TV news. Pick rocked, and within a couple of years, so did T-Slam, singing the praises of loud radio.

He made it okay to emote, and however banal the teeny-bopper emotions Pick splayed across his stage, he had unlocked a floodgate. By the late 1980s, Israeli singers were laying bare their anguish about Holocaust Second Generation guilt (Yehuda Poliker), dead-end relationships (Riki Gal), alienation (Friends of Natasha) and how military service twists young souls (Si Heyman).

There’s an Apocrypha about Feinberg, the spy: He carried date seeds in his pocket, and when Israelis found his grave in the Sinai desert after the 1967 Six Day War, the seeds had sprouted into a palm tree.

The spare and reserved little country Pick took by storm in the 1970s has risen, risen into a hub of artistic expression, thanks in no small part to the extravagant seeds he planted.