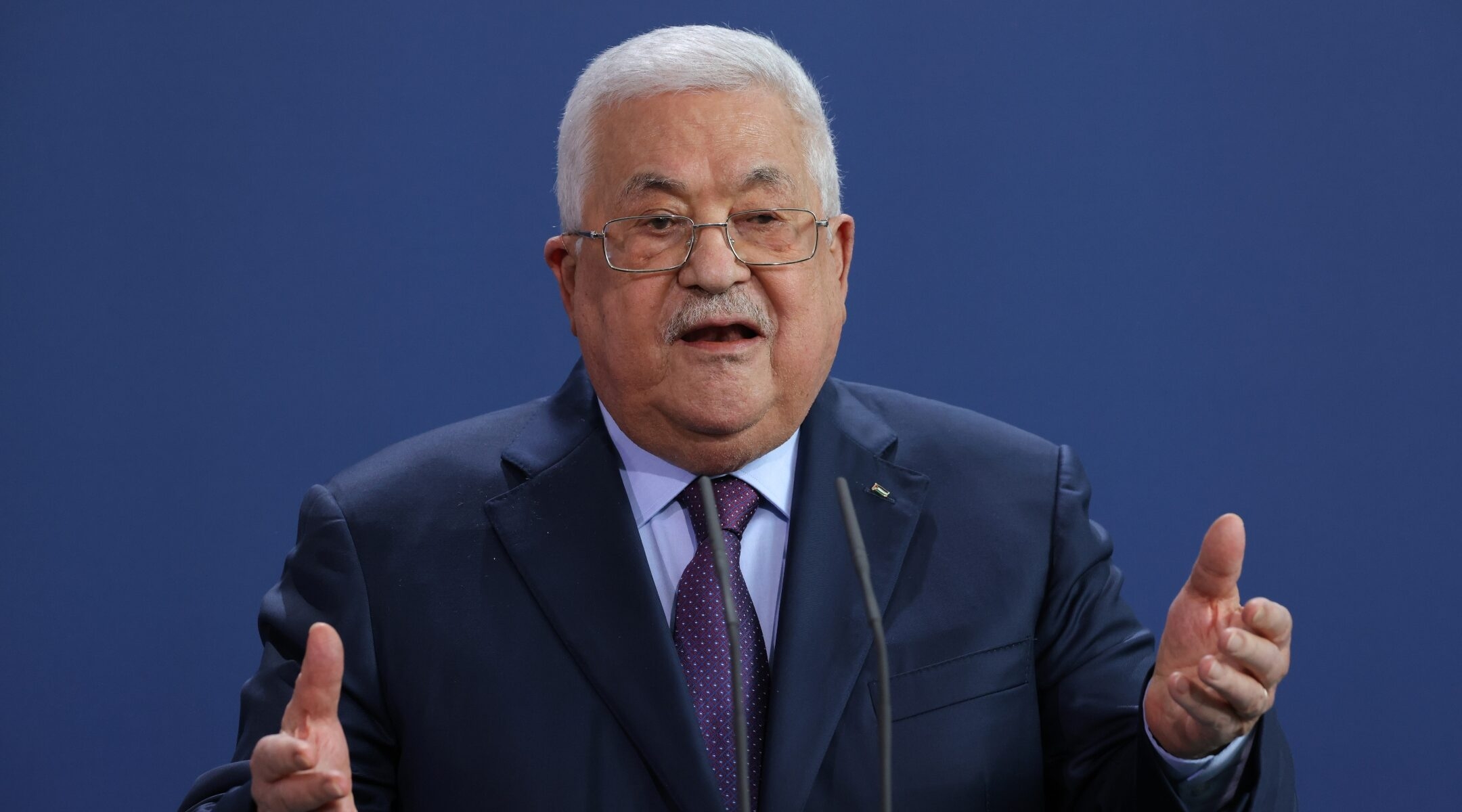 (JTA) — Under fire for accusing Israel of “50 Holocausts,” Palestinian Authority President Mahmoud Abbas walked back his statement, calling the Holocaust “the most heinous crime in modern human history.”

Abbas released the statement on Wednesday through the Palestinian Wafa news agency.

He had come under sharp criticism from U.S., Israeli and German officials for accusing Israel of carrying out “50 Holocausts” against the Palestinians during a press conference in Germany on Tuesday, standing alongside German Chancellor Olaf Scholz.

Scholz drew criticism for not calling out Abbas in real time but subsequently decried the comment.