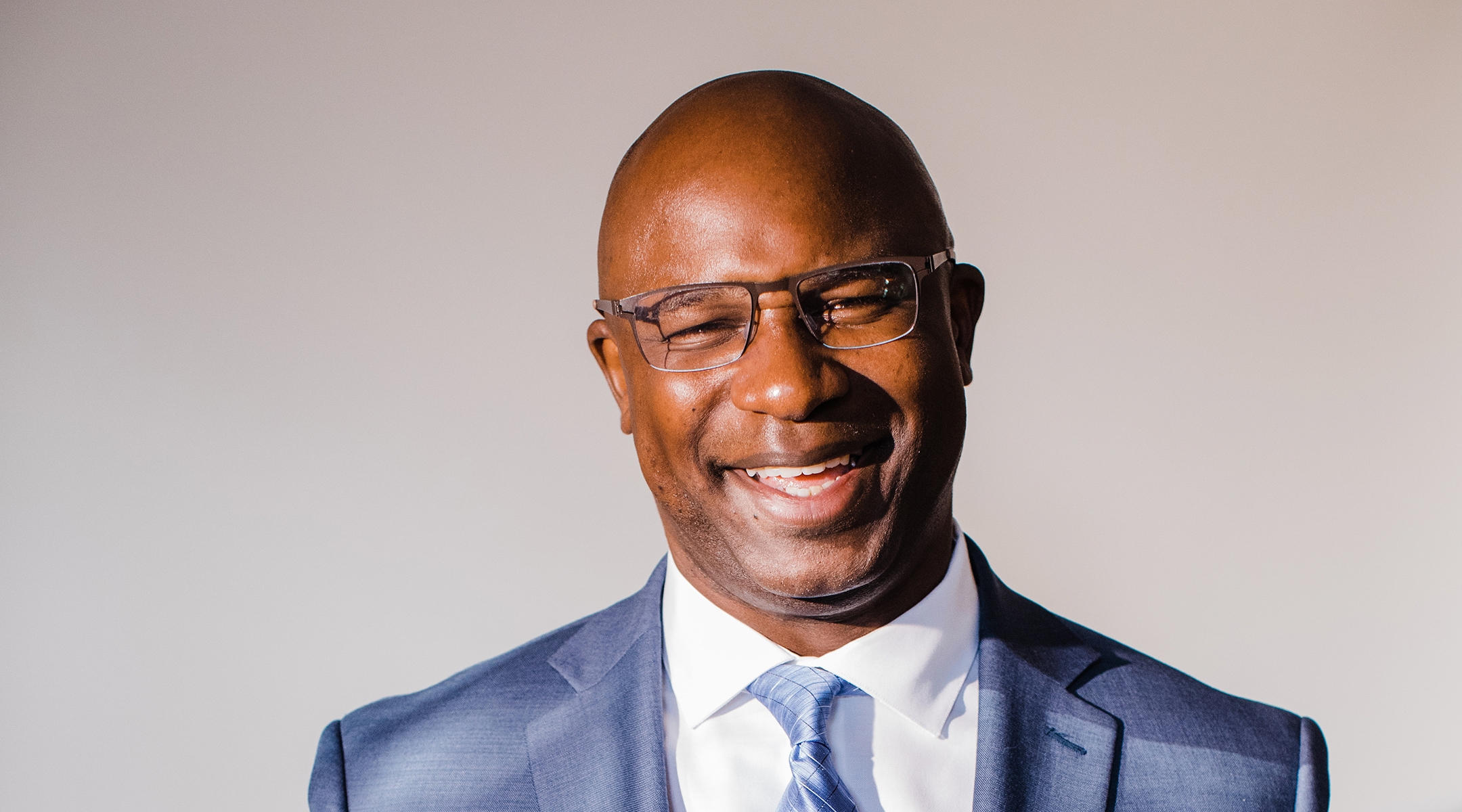 Rep. Jamaal Bowman is facing a moderate challenge for his reelection to Congress in New York's redrawn District 16. (Courtesy)
Advertisement

(New York Jewish Week) — Two former members of Congress known for their support for Israel are backing a challenger to Jamaal Bowman, the first-term Democrat from the Bronx and Westchester who has staked out a position on Israel to the left of many of his House colleagues.

Bowman, running for the House in a newly redrawn District 16 that spans part of the northern Bronx and the southern half of Westchester County, is facing an unexpectedly strong challenge from Vedat Gashi, an immigrant from what is now Kosovo who serves as a Democratic district leader and Westchester county legislator. Gashi is positioning himself as the centrist alternative to Bowman’s progressive politics.

Gashi picked up the endorsement of former Rep. Eliot Engel, who was ousted by Bowman in 2020 after 32 years in Congress. Former Rep. Nita Lowey, the  retired Jewish lawmaker who represented the northern suburbs and parts of Queens and the Bronx for 32 years, also supports Gashi in the upcoming race, calling him “young, smart and experienced” in a press release.

Although Bowman identifies with “The Squad,” the group of progressive Democrats elected in 2020, he has been less critical of Israel than most of them while still staking out positions that rile the pro-Israel mainstream. Bowman angered supporters of Israel during his campaign in 2020 when he said the United States should condition aid to Israel. But he also displeased leftists when he went on a fact-finding trip to Israel and the West Bank with the liberal, pro-Israel group J Street.

J Street’s PAC has endorsed Bowman, as has the progressive Jewish group The Jewish Vote.

More recently, Bowman withdrew support for the Abraham Accords, saying the normalization agreements between Israel and various Arab states did not advance a just outcome for Palestinians.

Gashi supports the accords and expanding relations with other Arab countries.

Engel, the former chair of the House Foreign Affairs Committee, and Gashi know each through their mutual interest in Kosovo, where Engel achieved celebrity status after supporting the country’s statehood in 2008.

I am honored to earn the support of former Congressman Eliot Engel, a true class act who humbly served the people of the Bronx and Westchester. I am proud of the coalition our campaign is building. pic.twitter.com/231YjQNRUD

Engel said in a statement that Gashi is the type of leader who “understands the unprecedented times we are facing and who will work with President Biden and fellow Democrats on our shared democratic values.”

“Someone who will work to achieve real results and real progress, not rhetoric or partisan politics,” Engel said.

Gashi said in a statement that he is “honored” to have Engel’s support, calling him a “longtime friend and a true class act.”

“I am incredibly proud of the grassroots campaign that we are building,” Gashi said.

Gashi’s campaign was accused of racist tactics when a mailer attacked Bowman, who is Black, appeared to darken Bowman’s skin color.

Bowman responded to City & State NY, saying “To be Black in America is to deal with multiple forms of racism on a consistent basis. This is one of them.”

Gashi’s campaign said the photo was not altered and accused Bowman of spreading lies and “playing petty and performative politics.”

The redrawn 16th no longer includes heavily Jewish Riverdale in the Bronx, but does include Scarsdale, New Rochelle and White Plains, suburbs with sizable Jewish populations.

There are no polls for this race, but Bowman still appears to be the frontrunner, with endorsements from House Speaker Nancy Pelosi and two celebrity progressives: Sen. Bernie Sanders of Vermont and Rep. Alexandria Ocasio-Cortez of the Bronx and Queens.

The Democratic primary is Aug. 23.